From water woes to Dr Zakir Naik: Stories you loved in 2019

Residents of Sri Penaga Apartment queuing up to collect water from a Syabas water tanker in Puchong October 9, 2018. — Picture by Miera Zulyana
Follow us on Instagram, subscribe to our Telegram channel and browser alerts for the latest news you need to know.
By IDA LIM

Based on the list of most popular stories read by Malay Mail readers in 2019, one could tell that heated conflicts between the powerful or even ordinary Malaysians was a recurring theme, along with water supply cuts in the Klang Valley.

Corruption cases while still prominent did not dominate the list as much as in 2018, with interest instead shared with other headline-grabbing cases featuring a sex video scandal and controversial televangelist Dr Zakir Naik.

But read on for the top 10 stories that were most read by you, our readers, in 2019 and see if you remember any of them. (This list does not include articles that were originally covered by other news outlets and agencies):

1. Syabas calls off water disruption next week; can’t tell when supply will be restored after today’s cut

Our most read story of the year was on yet another episode in the series of water supply cuts that had been plaguing Klang Valley residents for years. (This July episode took place less than a month after a June 26 water cut caused by odour pollution in Sungai Semenyih affecting 377,141 registered customers in 512 areas.)

The July 19, 2019 water supply cut that affected 1,166,842 accounts in 1,133 areas in the Klang Valley was abrupt and unscheduled, due to detection of odour pollution at Sungai Selangor which was the source for three water treatment plants. (By now, readers should be aware that odour pollution is synonymous with pollution often linked to illegal dumping of chemical waste into or near water sources, including by illegal factories operating in Selangor.)

After managing to resume the water treatment plant’s operations the same day on July 19, water supply gradually resumed over the next few days and was expected to fully resume on July 22 when an announcement was made on July 21 of yet another water cut in the Klang Valley.

The July 21 water cut was due to diesel pollution related to sand mining activities and had affected 1,191,942 accounts in 1,222 areas, with water supply fully restored on July 25.

The Klang Valley actually ended the year with another major water cut due to odour pollution again in Sungai Semenyih that was detected on December 21, with water supply to 336,930 accounts resuming since early morning on Christmas eve with full recovery the next day on December 25.

So perhaps it’s no surprise why this was the most read story of 2019. 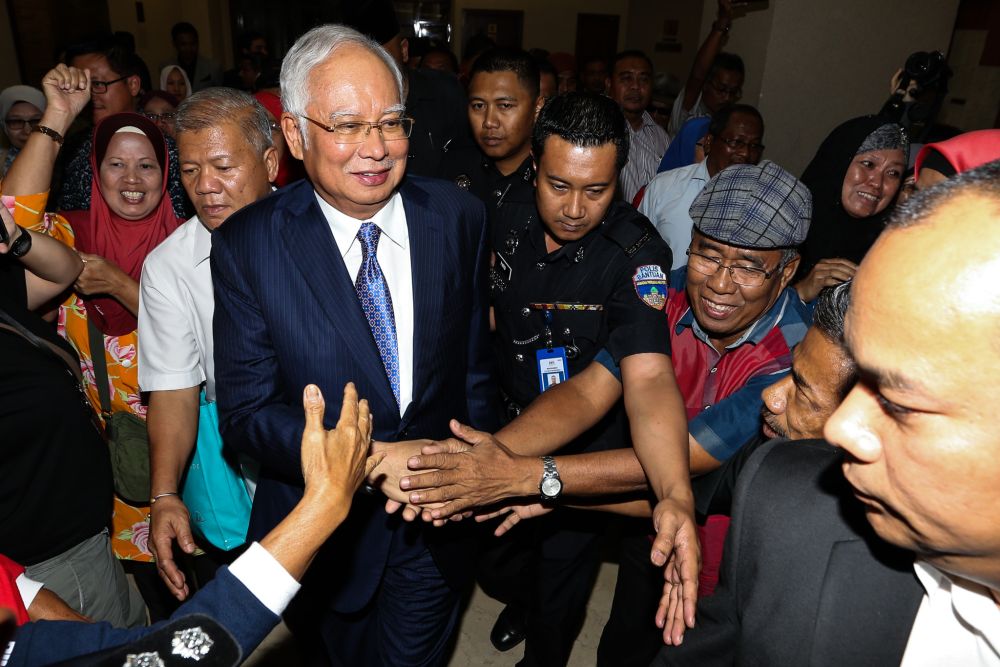 Datuk Seri Najib Razak previously featured prominently in our Top 10 Most Read Stories list in 2018, which is also the year when he lost his position as prime minister and was slapped with 39 out of his eventual tally of 42 charges.

The year of 2019 marked a heavy schedule of court attendance for Najib as trial started for three of his corruption cases started, with the attorney-general’s opening statement at the start of Najib’s first-ever trial reproduced in full becoming the second most popular among readers.

The historic first-ever trial of a former prime minister in Malaysia started April 3, with Najib ordered on November 11 to enter his defence. Najib started testifying as a witness in his own defence on December 3 and will continue to be cross-examined on January 6 (next Monday). A family from Sanggul Residency 2 Bandar Puteri Klang affected by the water disruption fill up containers with water supplied by an Air Selangor water tanker, March 6, 2018. — Picture by Azinuddiin Ghazali

Apart from pollution cases that cost millions of ringgit in cleanup works, water supply cuts could be due to other reasons such as in this case when a six-day notice was given in April of a need to shut down a water treatment plant for an urgent upgrade to power supply systems to avoid power failures that could disrupt water supply.

This water shutdown affected 620,835 account holders or 4.14 million consumers in 577 areas in the Klang Valley, with water supply resuming fully and earlier than expected by April 27 morning.

For a quick look at why and how frequent water cuts happen in the Klang Valley which is also the region using up the most water in Malaysia daily, read this explainer: Klang Valley water disruption: Why does it happen so often? 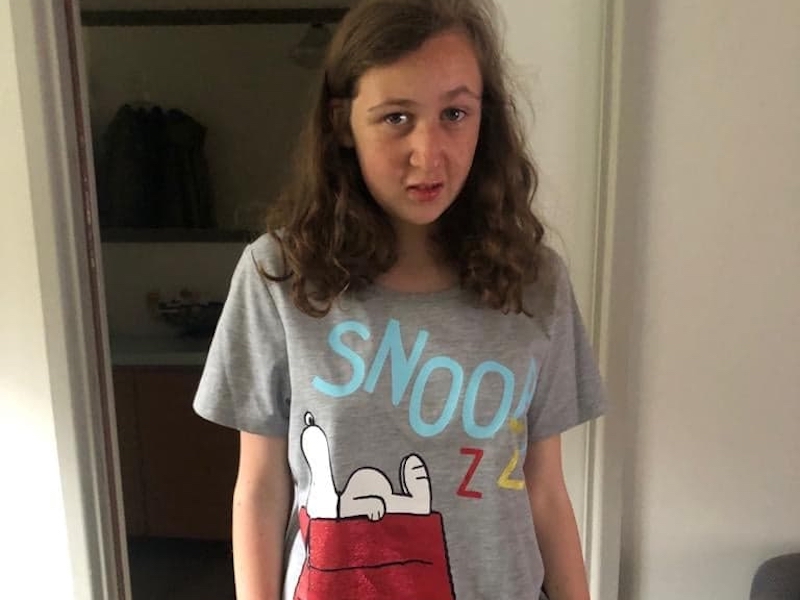 This story marked a sad end to the case of Irish teenager Nora Anne Quoirin who had learning disabilities and went missing from a Negri Sembilan resort on August 4 while on a holiday with her family.

On the 10th day of a hunt where over 200 individuals searched for the 15-year-old, volunteers on August 13 found a body in the jungle that was later positively identified by her family members to be Nora Anne. The body was found 2.5km away from the resort. 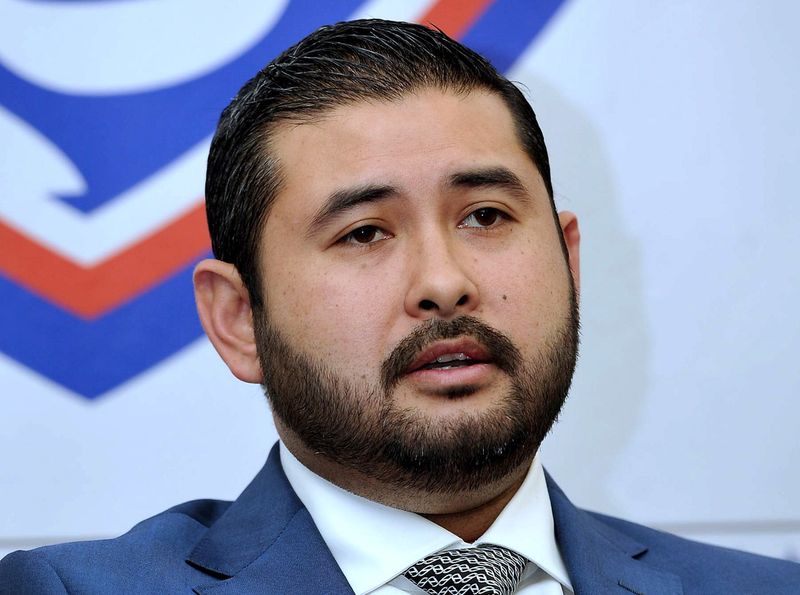 5. ‘Don’t worry Mama,’ TMJ tells Johor Permaisuri after she defends him on Facebook

Marking a return to the top 10 popular stories list is Johor crown prince Tunku Ismail Ibrahim, with this story on how the Raja Permaisuri of Johor, Raja Zarith Sofiah Sultan Idris Shah came to his defence on Facebook.

The crown prince otherwise known as TMJ responded in a Facebook post to comfort her by saying that God will always protect the Johor Sultan. A road bully who smashed the windscreen of another vehicle with his motorcycle helmet near Seri Kembangan has been arrested by the police. — Picture via Twitter/999 Malaysia

The year 2019 saw several high-profile cases of road rage and road bullying in Malaysia, including a motorcyclist’s smashing of a windscreen in Seri Kembangan (May), a driver using a parang to slash at a car’s windscreen at the Pasir Gudang highway in Johor (June), and two men who got into a brawl at the Bukit Kiara toll plaza who later became friends after being in the police lock-up together (September).

A more heartwarming story in September saw a Penang motorist treating the lorry driver who knocked into his car to a meal together and later becoming friends.

But this story that became the sixth most read story of the year was a tragic and fatal one, with the police’s preliminary investigation report on the August 10 incident revealing that two motorists in a fender bender near the Sungai Besi toll plaza were engaged in a chase with both of them alighting at the Bandar Baru Bangi interchange.

Other motorists broke up the fight between the two who then returned to their cars, but one of the duo (Syed Muhammad Danial Syed Shakir) returned with a baseball bat to attack the car of the other driver (Yew Wei Liang), with Syed Muhammad Danial being pinned between the car and the road driver after Yew drove his car forward, the report had said.

Police have said the fatal road rage incident which resulted in Syed Muhammad Danial’s death was not related to race. Yew was later charged in court with murder.

This story showed Prime Minister Tun Dr Mahathir Mohamad’s response amid a tiff with the Johor royalty regarding the appointment of Johor’s mentri besar, with Dr Mahathir saying that he could comment on Johor’s affairs as it is part of Malaysia.

This came after the Johor ruler Sultan Ibrahim Sultan Iskandar reminded unnamed parties not to interfere with the state’s affairs. This story was on police confirming in September that Umno leader Datuk Lokman Noor Adam would be called in to assist in investigations on the video, with Lokman marking the last day of 2019 by demanding for the Attorney-General to prosecute the two individuals allegedly involved in the video. Controversial preacher Dr Zakir Naik, who is wanted in his native country India for alleged money-laundering, is seen by some as a divisive figure in Malaysia where he is a permanent resident.

In this story, Dr Mahathir said on August 18 that Dr Zakir had crossed the line and was clearly playing racial politics with the latter’s remarks regarding the local Chinese and Indian community.

The police investigated Dr Zakir, while he himself lodged police reports against five Malaysians — including a minister, deputy chief minister, lawmakers and a former ambassador — for allegedly defaming him and also sued four of them for the same.

Just a day or two after the prime minister’s criticism of Dr Zakir’s remarks where the latter allegedly told ethnic Chinese to “go back” and questioned the loyalty of Malaysian Indians, Malay Mail broke the news of the police’s nationwide ban on public talks by Dr Zakir.

Dr Zakir recently appeared in local news reports again after he was spotted at the Kuala Lumpur Summit 2019 in December, as well as after a Universiti Malaysia Perlis examination question was found the same month to have named him as an icon in the Muslim world along with answers on the question to why he was banned from preaching locally suggesting that Malaysians were ignorant, sensitive, submissive without reason, or indifferent.