When Najib took the witness stand, forgetting his IC and other notable things in SRC trial today

Former prime minister Datuk Seri Najib Razak is seen at the Kuala Lumpur Courts Complex December 3, 2019. — Picture by Yusof Mat Isa
Follow us on Instagram, subscribe to our Telegram channel and browser alerts for the latest news you need to know.
By KENNETH TEE

Najib, the first former Malaysian prime minister to ever be charged with a crime, chose to testify as a witness in his own defence against charges of abuse and misappropriation of RM42 million belonging to the former 1MDB subsidiary — and so open himself to cross-examination from prosecutors and public scrutiny.

Right off the bat were a few missteps that temporarily held up the hearing.

Entering the witness stand and asked to produce his identification card for the court’s record, Najib had to admit that he did not have it on him.

The court had to wait while his aide went to look for the Pekan MP’s MyKad and produce it, which took about five minutes.

As a witness for his own defence, the law allows for Najib to prepare a written testimony that aims to answer possible questions surrounding his purported role in the financial scandal and provide an insight into certain decisions made.

But many eyes inside the courtroom widened when they learnt he would be reading from the statement that ran 243 pages long before cross-examination from the prosecution. 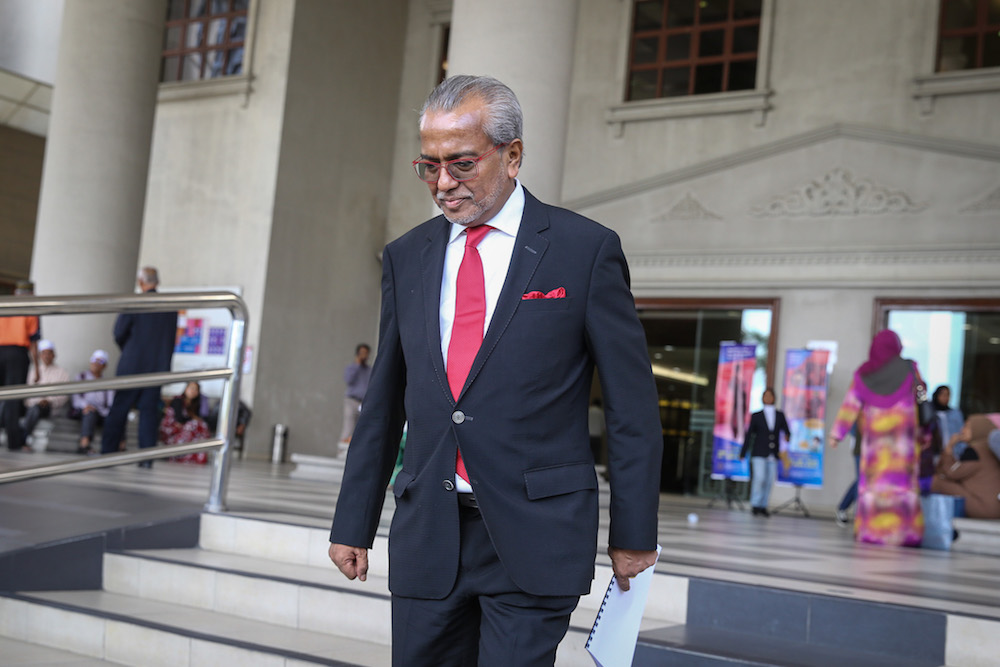 His oath-taking, done in English and Bahasa Malaysia was also noteworthy as witnesses in most other cases usually only swear in one language.

“I, Najib Abdul Razak do solemnly, sincerely and truly declare and affirm that the evidence which I shall give in this case shall be the truth, the whole truth, and nothing but the truth,” Najib said with his right hand raised.

With his 243-page witness statement placed in front of him, Najib began his defence by describing his background including his decades-long political career spanning from his tenure as deputy minister in the federal government to Malaysia’s prime minister.

Najib could also be seen pacing his reading of the testimony in Bahasa Malaysia, often pausing between phrases and several words to allow the microphone to capture his voice with those sitting in the gallery listening attentively.

His lawyer Tan Sri Muhammad Shafee Abdullah who was present also directed questions to Najib, to which Najib answered based on his written testimony.

Proceedings was also briefly disrupted for several minutes after three pages were discovered missing in Najib’s written testimony after he started reading from it.

Najib resumed reading about 10 minutes later after the defence team returned with additional photocopies of the missing pages.

Halfway into reading his testimony, Najib received an unexpected visit from his former deputy prime minister Datuk Seri Ahmad Zahid Hamidi who was also present in court today for his own corruption trial.

Zahid is standing trial for 47 charges of criminal breach of trust involving millions of funds from charity foundation Yayasan Akalbudi, as well as bribery and money-laundering in relation to millions of ringgit.

In comparison, Najib has seven charges. He is accused of committing three counts of criminal breach of trust over a total RM42 million of SRC International funds while entrusted with its control as the prime minister and finance minister then, and a separate charge of abusing the same positions for self-gratification of the same sum.

For the remaining three charges, he is accused of laundering RM42 million.