From Najib to the MACC: Stories you loved in 2018

Former Prime Minister Datuk Seri Najib Razak leaves the MACC headquarters in Putrajaya May 22, 2018. — Picture by Shafwan Zaidon
Follow us on Instagram, subscribe to our Telegram channel and browser alerts for the latest news you need to know.
By By Zurairi AR

KUALA LUMPUR, Jan 1 — Pakatan Harapan’s (PH) surprise victory! A New Malaysia! A slew of arrests and charges by the police and graft busters!

2018 was a truly exciting year for us at Malay Mail and, surely, for our readers as well.

Datuk Seri Najib Razak’s name appeared in roughly a quarter of our 30 most read stories in 2018, capping a year of things going south for the former prime minister since his coalition’s defeat.

For 2017, we deduced that the typical Malay Mail reader is deeply concerned with injustice, graft, and how religion is dominating public discourse... and we find this to still hold true in 2018, with an added hunger for political intrigue.

And so, these are the top 10 stories that were most read by you, our readers, in 2018. This list does not include articles that were originally covered by other news outlets and agencies:

Our most read story epitomised the public fury against Najib just three days after Barisan Nasional’s (BN) fall, with rumours rife then that he was trying to flee the country and escape legal reprisal over his alleged wrongdoings.

A private flight due for Jakarta, Indonesia that was meant for Najib and wife Datin Seri Rosmah Mansor was cancelled after a an angry gathered at Subang Airport. The next day, the Immigration Department banned both from travelling abroad.

Both would later spend the early months of the new government isolated in their private residence on Jalan Langgak Duta, and Malay Mail was allowed a glimpse — the first local publication to be allowed access into their life of “confinement.”

The whirlwind of raids on six properties linked to Najib’s family in May led to the seizure of cash and valuables worth at least RM1.1 billion, including a collection of luxury Hermes Birkin and Bijan handbags believed to be owned by Rosmah.

The day after his arrest by Malaysian Anti-Corruption Commission (MACC), Najib was charged with three counts of criminal breach of trust related to RM42 million from former 1Malaysia Development Bhd (1MDB) subsidiary, SRC International Sdn Bhd, and one count of power abuse. 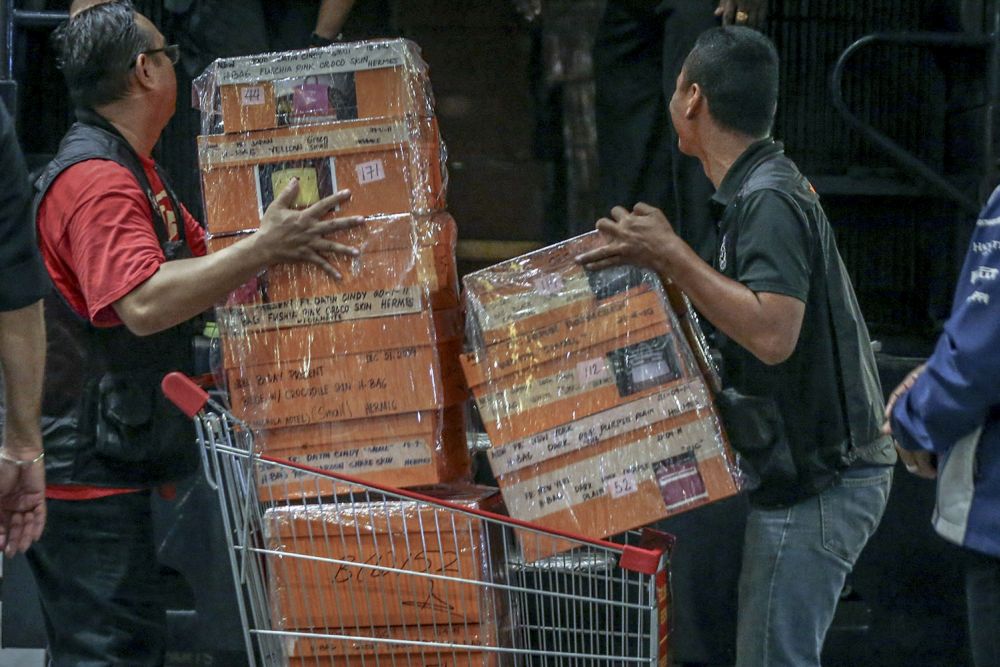 Six months after this raid, the pilgrim fund’s new board lodged two police reports against both its existing and current senior management including former chairman, Umno’s Datuk Seri Abdul Azeez Abdul Rahim, over the alleged misuse of over RM22 million of funds belonging to YTH for politically-linked activities.

Earlier in December, the minister in charge of religious affairs, Datuk Seri Mujahid Yusof Rawa, revealed a massive RM4.1 billion deficit in Tabung Haji that he also alleged has been paying out dividends unlawfully since 2014.

In March, e-hailing and ridesharing giant Grab bought out main rival Uber, effectively resulting in a virtual monopoly of the market that is still populated only by minor competitions.

Customers were not amused with the declining quality of service and alleged price increases. Meanwhile, taxi drivers claim their incomes have been negatively affected by the previously unregulated e-hailing services.

5. Back off Indira’s ex or there may be violence, Muslim scholars tell police

In January, the Federal Court delivered a watershed ruling by nullifying the conversion of Hindu mother M. Indira Gandhi’s three children that was done by her Muslim convert ex-husband without her consent. Malay Mail explains the groundbreaking judgment here.

But almost a year on, the police have still failed to recover her youngest daughter, Prasana Diksa, who was abducted by her father.

The new government has also refused to include a provision in Law Reform (Marriage and Divorce) Act 1976 that would expressly criminalise the unilateral conversion of minors. 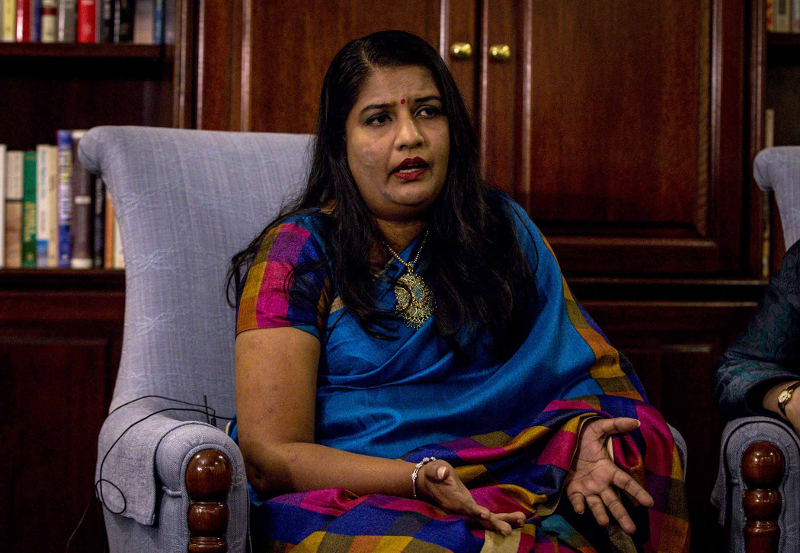 Indira Gandhi speaks during a press conference at the US embassy in Kuala Lumpur March 28, 2018. — Picture by Firdaus Latif

6. Putrajaya declares May 9 a holiday

The Election Commission was lambasted for announcing a Wednesday for the 14th general election — the first ever weekday poll since Independence — and triggered suspicions of voter suppression.

It did not matter anyway, voters turned out in droves to kick BN out of Putrajaya… and continued their holiday well until May 10.

7. Am I the country’s biggest problem? Nur Sajat asks as Jakim probes gender

The Malaysian Islamic Development Department’s (Jakim) priorities came into question after it announced it would “investigate” cosmetic queen Nur Sajat Kamaruzzaman’s gender in a lengthy process, which many lambasted as a harassment.

Even now, some in the Malay community remain perturbed over Nur Sajat’s gender identity, with several Malay-language publications seemingly hellbent to “unmask” her. She has since left the country to study abroad.

Rafizi Ramli had accused Prime Minister Tun Dr Mahathir Mohamad of “bulldozing” his way through the appointments of three Cabinet members and claimed PKR was not consulted, but the row was not appreciated by many considering it was just merely three days since PH’s unlikely victory.

As 2018 wound down, public bickering within PH or its components, even among its own ministers, has yet to die down.

The year has not been kind to actor Datuk Farid Kamil, who allegedly assaulted a policeman and another civilian at the Kota Damansara police station — and later tested positive for marijuana.

The court case itself was no less dramatic, with accusations of spiked drinks, falsified evidence and report as well as missed court appeatances... among others. 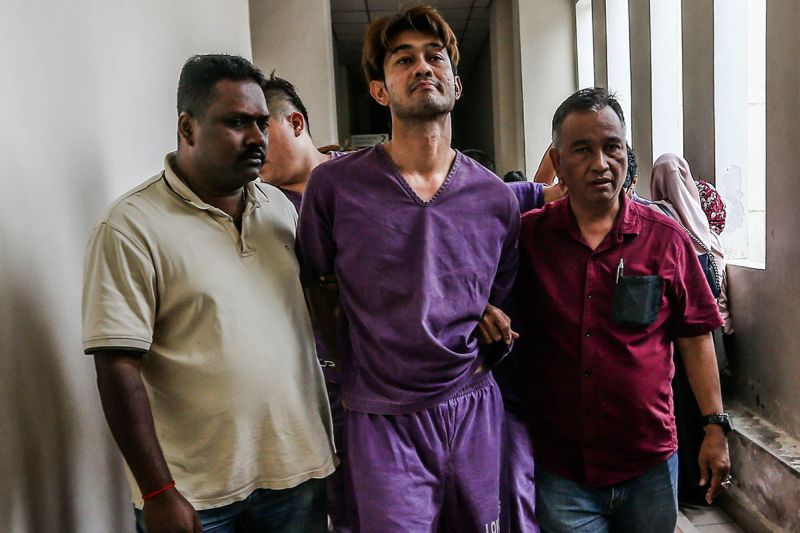 Actor Datuk Farid Kamil is brought to the PJ courthouse around 10.20am in a police truck before being escorted to the remand room, January 12, 2018. ― Picture by Hari Anggara

10. TMJ: Don’t bring down government, change from within

Coming in at number 10, this remark has been argued by some to be among the tipping points that led voters, especially from Johor, to abandon BN and lend their support to Dr Mahathir and PH.

Just a few days after the divisive remark, Johor Crown Prince Tunku Ismail Ibrahim, who is commonly referred to as TMJ or the Malay initials for his title, spent RM1 million to treat shoppers, and following PH’s win, said he has a good working relationship with the new administration.

But of late, he has claimed that his social media posts are “being monitored,” and butted heads with Putrajaya over the conservation status of Pulau Kukup's national park.