Timeline: How a deadly crush at an Indonesia football match unfolded

Under water: How the Bank of England threw markets a lifeline

‘It’s nice to be important, but more important to be nice’ — The Rock responds to fan praise (VIDEO)

Nurul Izzah: Identity politics is unhealthy, politicians should bridge divides and not ‘fan the flames’

Permatang Pauh MP Nurul Izzah Anwar speaks to Malay Mail during an interview at her office in Kuala Lumpur. ― Pictures by Yusof Mat Isa
Follow us on Instagram, subscribe to our Telegram channel and browser alerts for the latest news you need to know.
By SHAHRIN AIZAT NOORSHAHRIZAM

She said that issues like eradicating poverty and addressing existing class divisions within society should be a priority when it comes to policy making.

“I think those are the issues that matter right now for Malaysians especially in a pandemic… it’s not necessarily identity that separates us, it’s where we belong right now in the income bracket,” she told Malay Mail at her office in Bukit Damansara.

She expressed disappointment with the younger generation of local politicians who still play on racial sentiment and take advantage of growing conservatism in the country instead of addressing more vital issues.

Nurul Izzah stressed that belonging to a more conservative group is not wrong as everyone’s voice should be heard, but extreme jingoism that further polarises the public should be avoided at all costs. 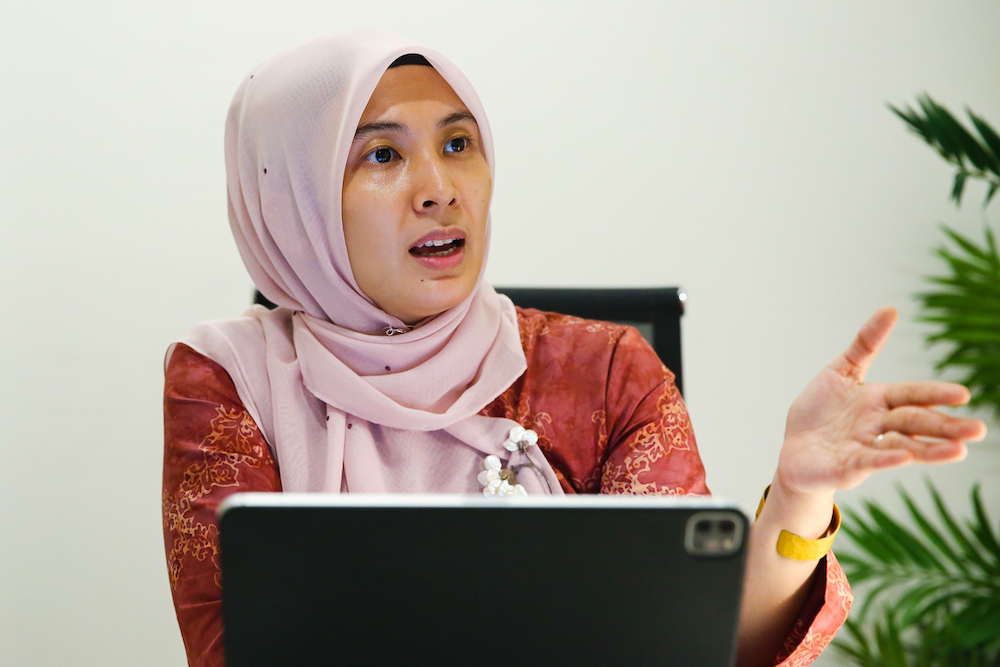 Nurul Izzah said extreme jingoism that further polarises the public should be avoided at all costs.

“The job of a politician, statesman or stateswoman is to bridge the existing divide, you don’t worsen it. Nobody denies it exists.

“But you don’t fan the flames, that’s not your job — especially in his ministry,” she added, in an obvious reference to Wan Ahmad Fayhsal who is also the deputy national unity minister.

She said that political leaders must lead the way by not sowing discord but thrive on building bridges and create a common understanding and acceptance with one another.

Aside from the Bersatu senator’s statement on identity politics, PAS president Tan Sri Abdul Hadi Awang recently came out and accused war-torn Ukraine of being a Zionist country, and labelled the war between them and Russia as part of a ploy to force Jewish Ukrainians to seek refuge in Israel to strengthen the Jewish state.

The Islamist party leader, at the same time, accused Ukraine of hiding the official number of Jewish Ukrainians who he claims make up 40 per cent of its total population, and that the Zionists have successfully planted one of their own at the highest level of the Ukrainian government.