Follow us on Instagram, subscribe to our Telegram channel and browser alerts for the latest news you need to know.
By SHAHRIN AIZAT NOORSHAHRIZAM AND JERRY CHOONG

Malay Mail went to Golden Screen Cinemas (GSC) in Mid Valley Megamall yesterday to talk to cinemagoers about their experience watching the hit on the big screen now that cinemas nationwide have resumed business after halting operations last November. 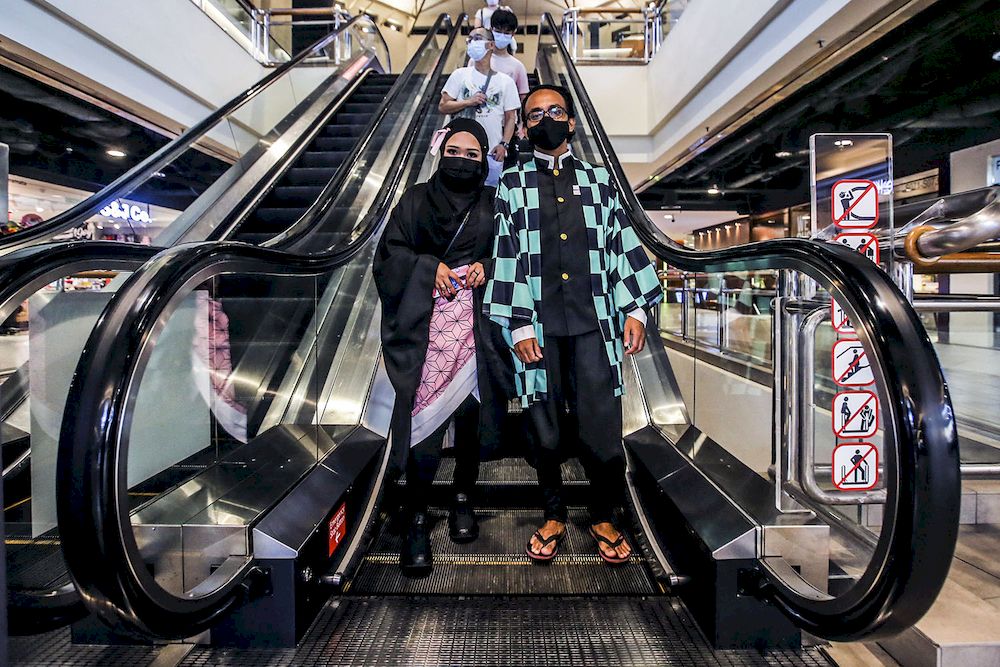 Cosplaying as Demon Slayer’s main protagonist Kamado Tanjiro, 27-year-old software developer Helmi Ibrahim said that he was excited about the reopening of cinemas and had waited months to watch Demon Slayer despite having to observe tight standard operating procedures (SOP).

“I have waited for this movie ever since the trailer was released and it was a great experience for me to watch it in a movie theatre. 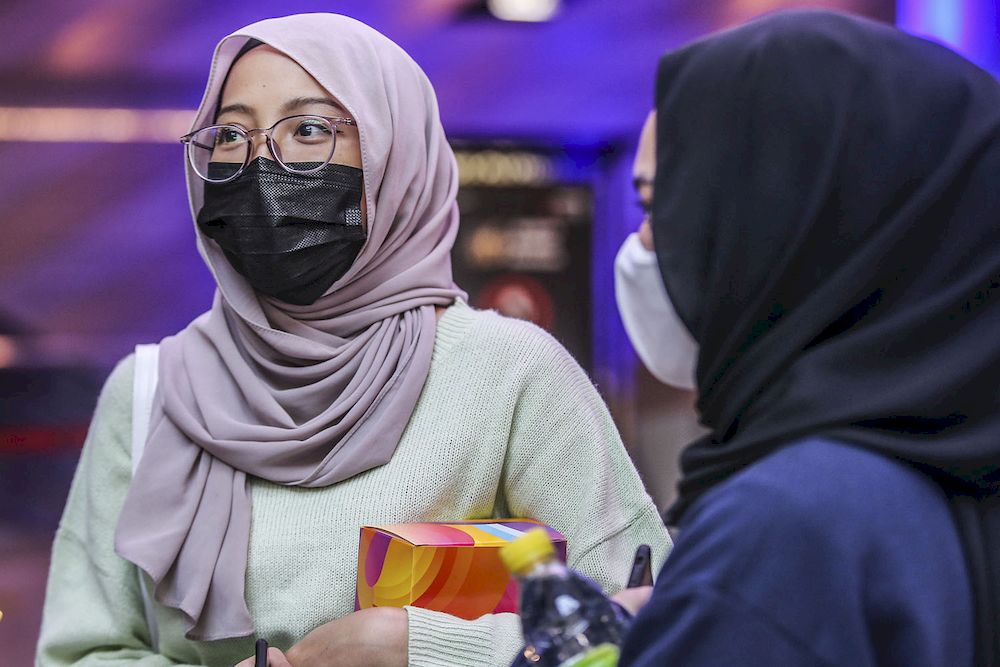 “I have no problems covering my mouth and practising social distancing unless the SOP told me to cover my eyes and ears,”  Helmi jokingly told Malay Mail while accompanied by his partner Siti Aishah who was also wearing cosplay from Demon Slayer. 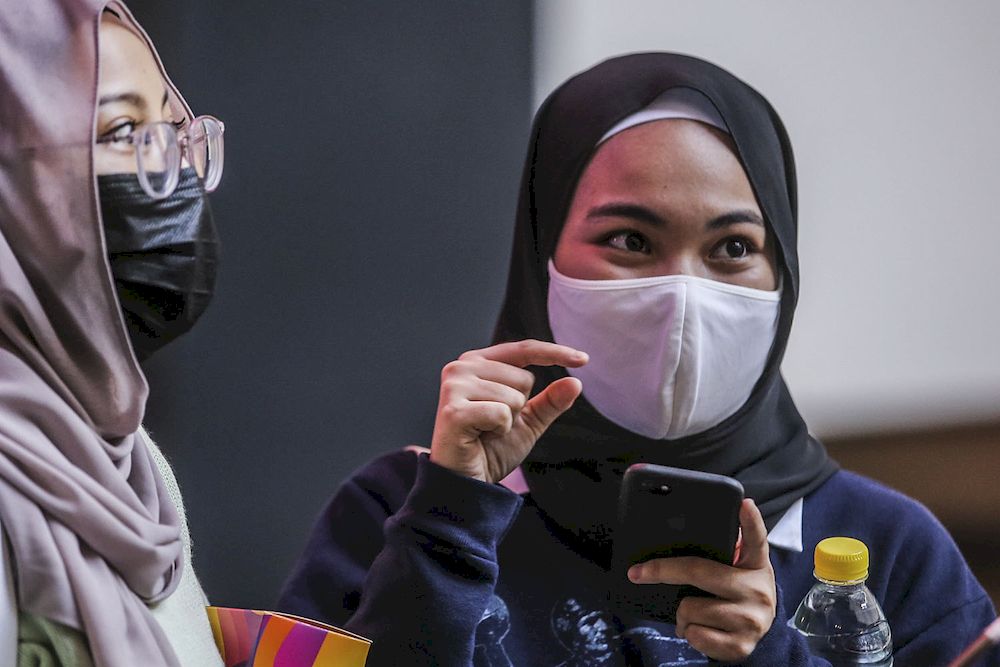 Meanwhile, 20-year-old students Khaliesa Hanani and Alia Izzah said they could not contain their excitement after finding out that the Japanese anime hit was finally showing on the big screen in Malaysia.

“As a film and anime enthusiast, I was more than happy to discover that Demon Slayer was on in the cinema today. I have been yearning to watch movies in a higher quality as I could not get the same satisfaction from watching them on a television screen or my laptop,” Khaliesa said before heading into the cinema. 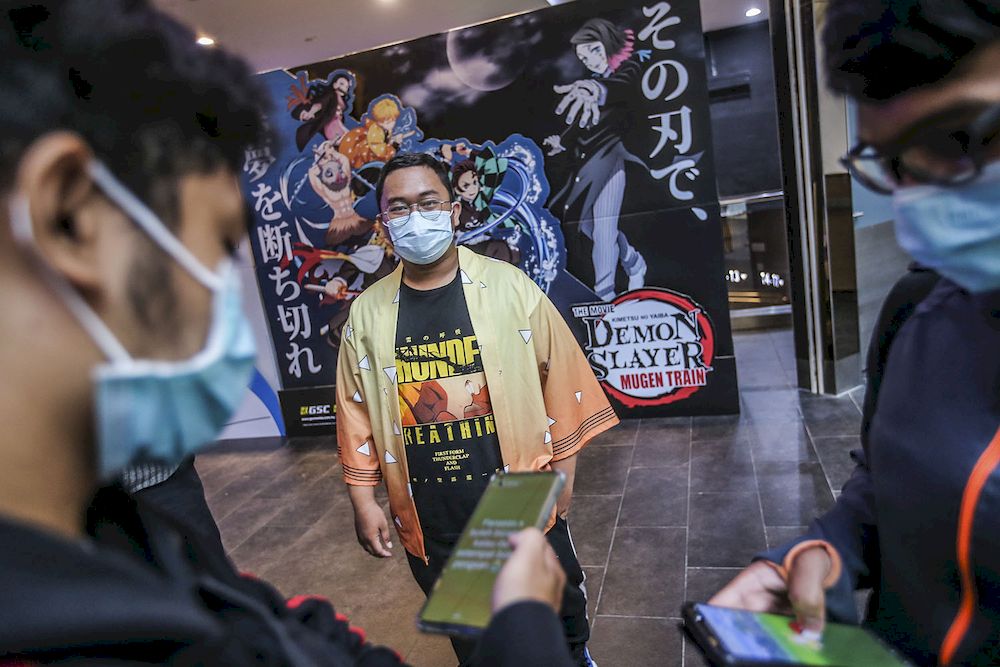 For Azlan El, the 20-year-old student described how much he relished being able to walk along cinema hallways at long last.

He said discussing the plot of the movie afterwards with his friends was the reason he bought tickets to watch Demon Slayer.

“Other than watching my favorite anime on the big screen, I missed the experience of walking down the cinema hallway and discussing the plot on our way home. I’m grateful the government has allowed cinemas to operate again,” Azlan said after taking selfies in front of a promotional standee for the movie.

Eighteen-year-old student Zenyx said that he and his friends were eager to watch movies in the cinema and had no problem complying with the SOP since they have been adapting to the new normal ever since the pandemic arrived in Malaysia. 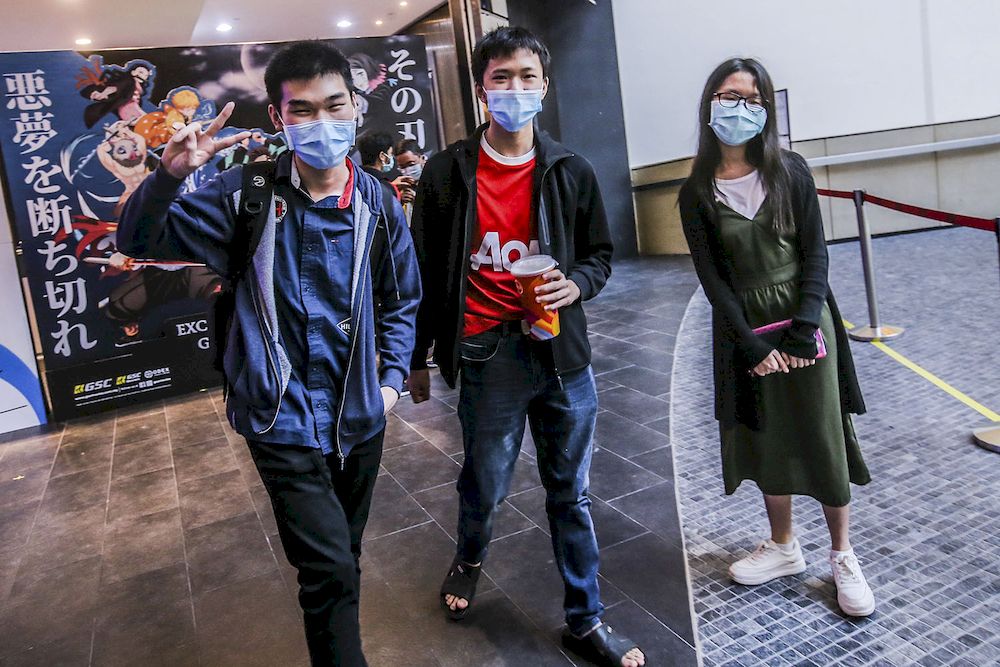 “We have no problem complying with the SOP since we have been living with Covid-19 for more than a year now.

“Of course, the main reason my friends and I are here is because Demon Slayer is the highest-grossing movie in Japan and hyped in the otaku (anime enthusiasts) community,” Zenyx said while accompanied by his two friends Brayden and Viki.

Last Wednesday, GSC was finally given the green light to reopen its doors on March 5.

The entertainment and film distribution company’'s PR and branding manager Sharmine Ishak said the company had anticipated a strong response to Demon Slayer, given its performance in Japan.

"Despite the pandemic, Demon Slayer: Kimetsu No Yaiba The Movie - Mugen Train raked in ¥32.12 billion (RM1.2 billion) in Japan, as of December last year, becoming its highest-grossing film," he told Malay Mail.

After an overwhelmingly positive response at the Japanese box office as well as among Malaysian fans on GSC's social media, Sharmine said the film is expected to attract fans and movie lovers back to the big screen.

He added that Demon Slayer's popularity is also a good sign for the domestic cinema industry, after months of operating at a loss due to the nationwide shutdown in response to the Covid-19 pandemic.

"The positive response from moviegoers eager to return to the cinema to catch films like Demon Slayer proves that after streaming movies at home over the last few months, audiences are looking forward to treating themselves to the immersive, state-of-the-art entertainment that only cinemas can offer," Sharmine said.

The animated film has proven to be popular at all of GSC's outlets, with 1Utama Shopping Centre and Mid Valley Megamall selling out the fastest.

In particular Mid Valley did very well, with two of its big halls selling out by yesterday afternoon for the evening run as many sought to catch the movie after work.

With cinemas resuming operations, she said GSC has more Malaysian and international selections lined up.

"They consist of Stand by Me Doraemon 2, Raya and the Last Dragon, Don't Look Back, Endgame, Master and more.

"There will also be reruns of Wonder Woman 1984 and Shockwave 2, which audiences are looking to catch since they missed it a few months ago.

“Later in the month, GSC will also be releasing local films such as Selamat Hari X Jadi, as well as blockbusters like Monster Hunter and Godzilla vs Kong," Sharmine said.

He added that they will join Kedah, Kelantan, Negri Sembilan, Perak and Sarawak as states under the CMCO.

The rest of the country will be placed under the recovery MCO (RMCO).