Meet K-pop group Wanna One at Stadium Negara in January!

KUALA LUMPUR, Oct 19 — Recently formed K-pop sensation Wanna One will be coming to Malaysia for the first time to meet their fans!

After their successful fan meetings in Singapore and Philippines, the 11-member South Korean boy band is set for a fan meet in Malaysia on January 19, 2018 at Stadium Negara at 8pm.

Debuted in August 2017 under YMC Entertainment, Wanna One released their debut EP 1×1=1 (To Be One) upon their official formation, with the title song Energetic. 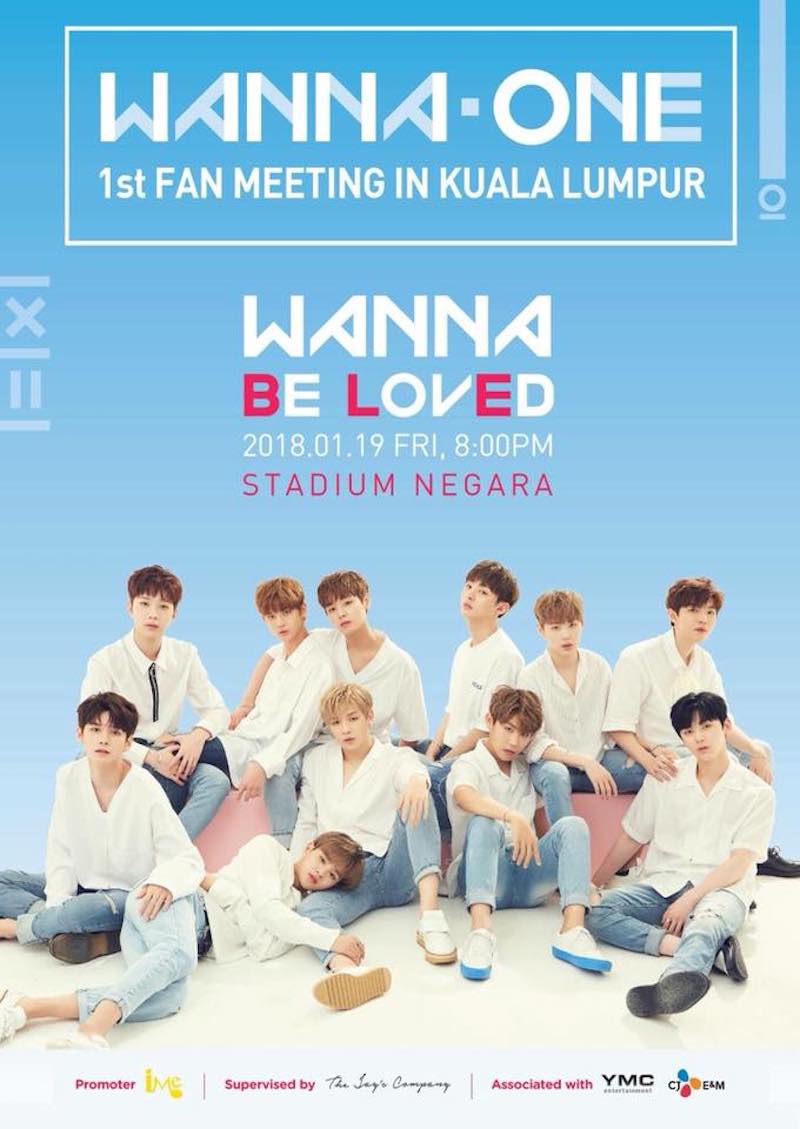