PUTRAJAYA, March 17 — All civil servants have been ordered to work from home following the nationwide movement control order which will be enforced from tomorrow until March 31 to curb the spread of Covid-19.

However, Public Service Department (PSD) director-general Datuk Mohd Khairul Adib Abd Rahman through a circular today said it was for the department heads to decide which essential services required officers to come in to work at the office.

He said those who have been ordered to work from home must adhere to the instructions given including to be at home during the stipulated fixed working hours.

“Always be prepared to be called to the office or any other location and make sure to be reachable during the working hours,” he said.

Mohd Khairul Adib said disciplinary action could be taken against officers who failed to comply with the said matters except with the permission of their department heads.

“Officers are subject to the Public Officers Regulations (Conduct and Discipline) 1993 [P.U.(A) 395/1993] and other regulations issued from time to time whichever is appropriate,” he said. 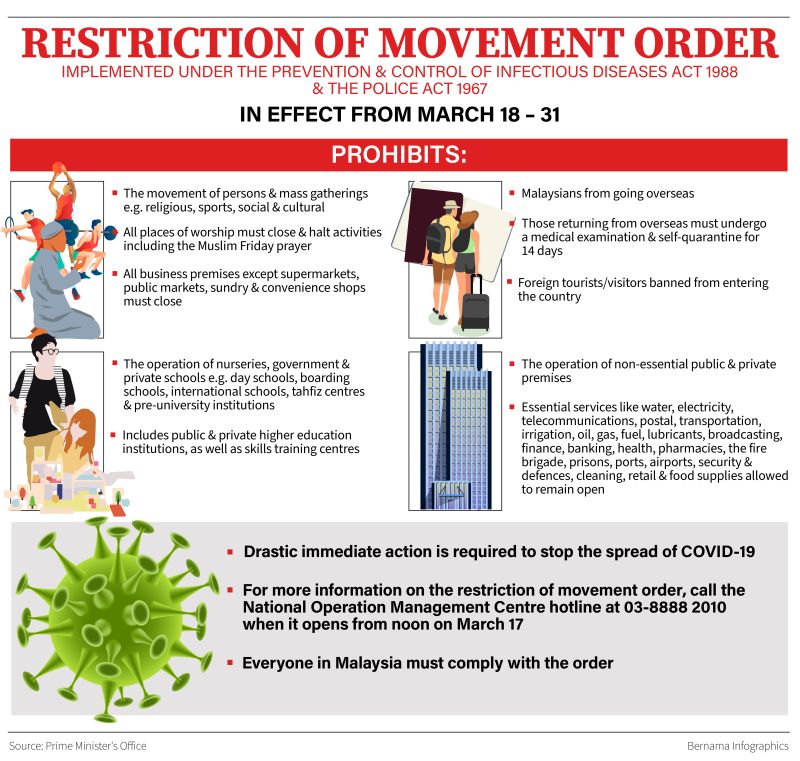