As Dr M turns 94, five things we learnt about him in the past year

Prime Minister Tun Mahathir Mohamad arrives at the Parliament building in Kuala Lumpur July 10, 2019. — Picture by Ahmad Zamzahuri
Follow us on Instagram, subscribe to our Telegram channel and browser alerts for the latest news you need to know.
By ZURAIRI AR

With his determination and unwavering commitment to “fix” the country despite his age, his second run as prime minister continues to inspire the public and his Cabinet alike.

For his birthday today, Malay Mail compiles five things that we have noticed as Dr Mahathir turns one year older: 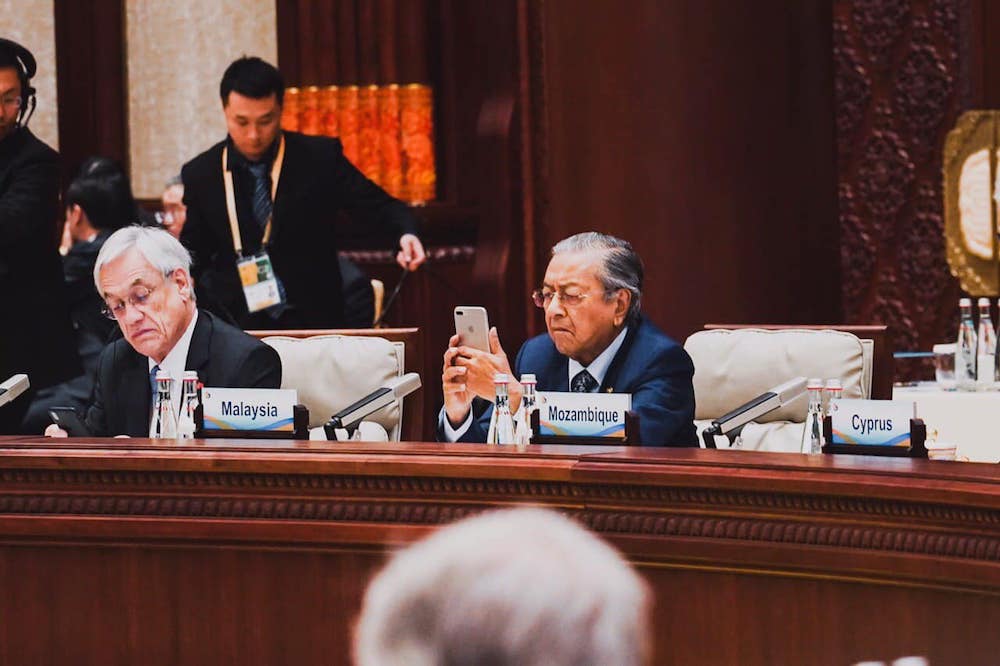 Dr Mahathir Mohamad is seen using his iPhone in this photo shared with his Facebook followers on April 26, 2019. — Picture via Facebook/TunDrMahathir

1. Dr M loves his iPhone but can’t always figure it out

Ever since Dr Mahathir went on the campaign trail for Pakatan Harapan — leading to its shock victory two years ago — he is often pictured with his trusty iPhone, often brandishing it to capture historic moments.

As tech website SoyaCincau pointed out, the silver phone Dr Mahathir uses is likely an iPhone 7 Plus. Launched three years ago in 2016, the prime minister still has no trouble using it since its operating system is still updated by Apple.

Most importantly, the device is arguably relatively easier to operate than an Android for a nonagenarian.

But Dr Mahathir revealed in May that he does not really know how to fully utilise his own phone.

“I paid for the whole thing but I don’t know how to utilise the rest,” he reportedly said during an iftar event with the Sultan Abdul Hamid College alumni.

Despite using a device made by California-based Apple, it seems that Dr Mahathir is not averse to embracing rival Chinese companies amid the heated trade war. He has repeatedly backed Huawei’s 5G technology, and was clearly impressed during his visit to its Beijing research centre in April. 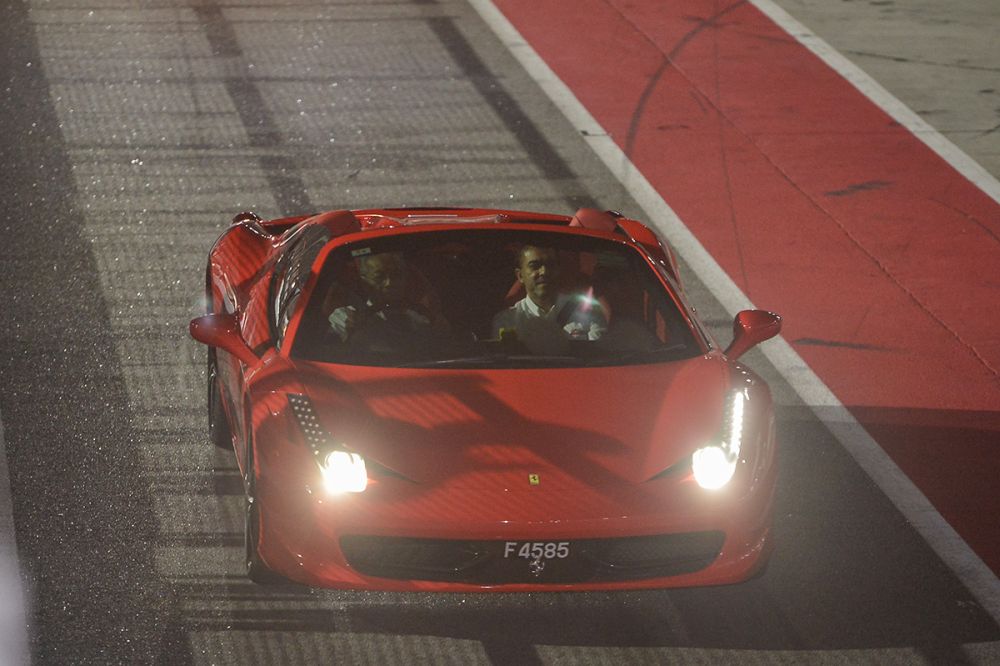 Amid the controversy over his dogged determination for a third national car, many may forget that he is actually an avid fan of cars and driving.

Right after becoming prime minister, he even drove around town to have a look at the capital. Since then, he has also taken a Ferrari supercar for a ride around the now-lit up Sepang circuit.

When he is not driving himself, he has been chauffeured by both artificial intelligence in an autonomous Proton Exora, and Johor’s Sultan Ibrahim Iskandar in a first-generation Proton Saga that the prime minister gifted the ruler’s father back in 1985.

Despite all that, Dr Mahathir has joked that old people like him perhaps should not drive since they usually are no longer physically capable to do so, in a light-hearted video on road safety by the Road Safety Department ahead of Aidilfitri last year. 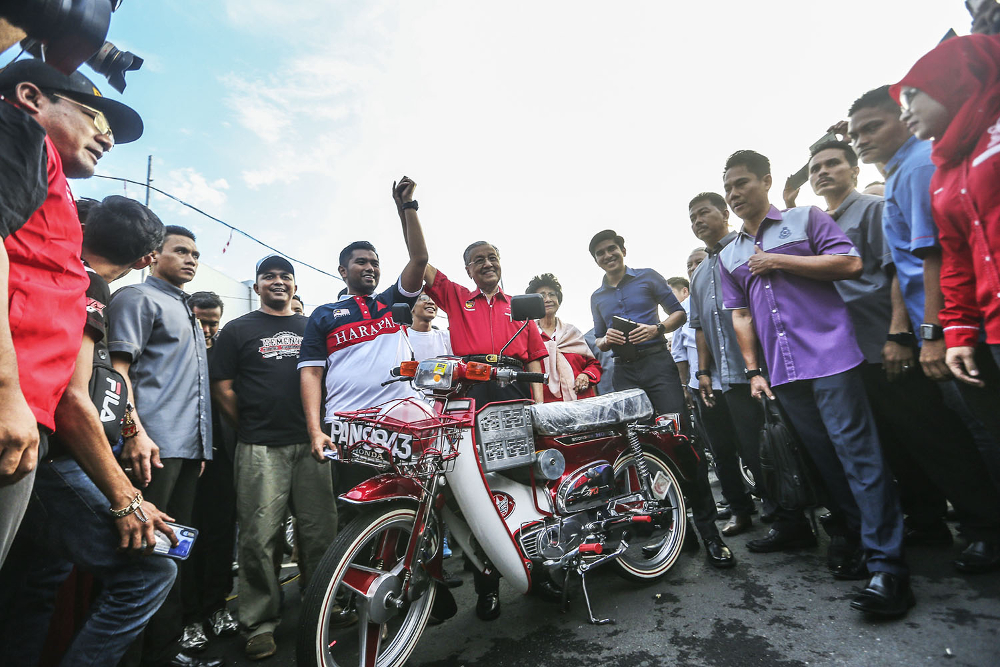 But when Dr Mahathir finally became fed-up with Najib’s so-called everyman “Bossku” persona, he took a dig against him in a “classier” way befitting his age.

Instead of attempting to look hip by using memes, Dr Mahathir instead penned a sajak, or Malay poem to get back at Najib and his sycophants.

Not to be outdone by Najib who posed with the modern Yamaha Y15ZR moped lusted over by Malay youths, Dr Mahathir also posed with a moped while stumping during the Semenyih by-election.

However instead of trying to pander to “mat rempits”, the prime minister chose instead a vintage red Honda C70, a choice that had biking aficionados nodding their heads in approval. 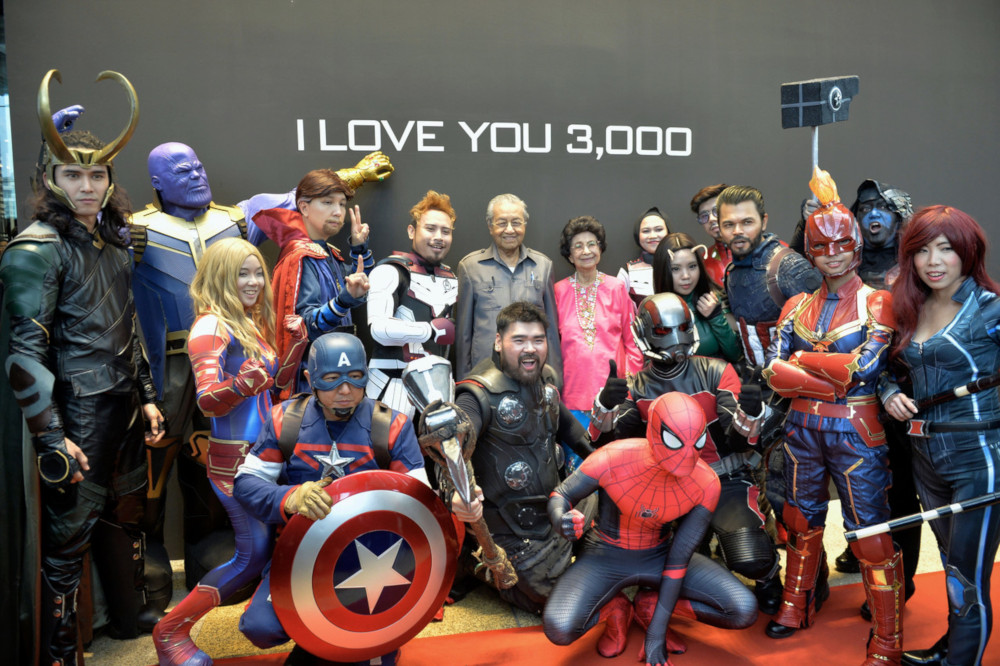 4. But he seems familiar with the Avengers?

Marvel’s The Avengers might have been Hollywood’s biggest cross-over event, but for most of us Malaysians that title also fits PKR, DAP, Parti Amanah Negara and Parti Pribumi Bersatu Malaysia; their banding together brought down the previous regime.

We may not know whether Dr Mahathir prefers Marvel over DC even after he launched a Marvel Studios exhibition last month and rubbed shoulders with cosplayers representing the motley characters from the cinematic universe.

He was initially reported saying that he preferred super-villain Thanos — raising eyebrows about whether he actually agreed with the purple giant’s morally-questionable idea to [not really spoiler alert here] wipe out half of the universe to manage our resource problem.

It turned out that Dr Mahathir does know a thing or two about The Avengers after all when he clarified that his favourite character is actually the “big dude with the big axe” — ergo the Norse god of thunder Thor and his new weapon of choice Stormbreaker. 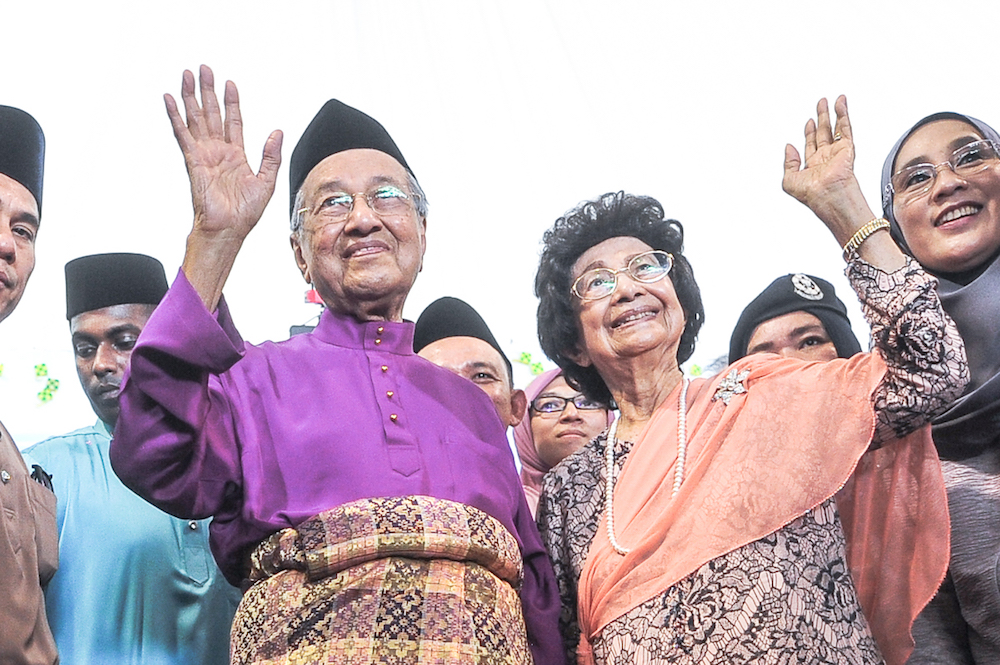 Compared to his previous term as prime minister, Dr Mahathir ostensibly needs more time to accomplish what seemed to be a breeze for him a lifetime ago.

His wife, the ever tenacious Tun Dr Siti Hasmah Mohd Ali revealed that previously he used to work from 8am to 5pm, but now has to extend it from 8.30am to 6pm daily; some days he falls asleep on the couch while watching news channel Al Jazeera.

Being his personal planner, it is up to Dr Siti Hasmah to ensure that her husband has his weekends off, and would only attend events where he can mostly “relax” — especially amid her concern that his security detail is too over-protective.

The couple seems to have figured out their optimum level of intimacy — arguably the secret to every marriage — with Dr Mahathir admitting that while Dr Siti Hasmah will inevitably never disturb him while he is nose deep in his work, he cannot stand not having her by his side everywhere he goes.