Prime Minister Tun Dr Mahathir Mohamad with the Pakatan Harapan candidate for Semenyih Muhamad Aiman Zainali attend the Santai 2-Roda event in Semenyih February 28, 2019. — Pix by Hari Anggara
Follow us on Instagram, subscribe to our Telegram channel and browser alerts for the latest news you need to know.
By KENNETH TEE

SEMENYIH, Feb 28 — Tun Dr Mahathir Mohamad said today he is at a loss as to how opposition supporters could back a politician who has been accused of so many levels of corruption.

In a not-so-subtle jibe at Datuk Seri Najib Razak and his rebranded “Bossku” working class persona, the prime minister took aim at his former protégé during a youth event in Semenyih. 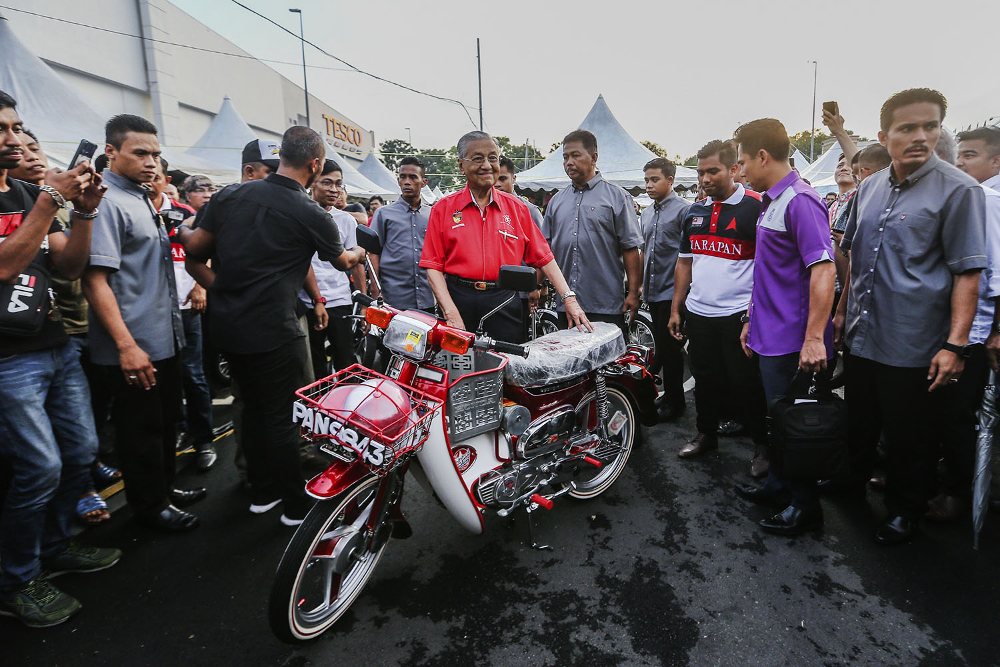 Tun Dr Mahathir Mohamad stands beside a Honda C70 during the Santai 2-Roda event in Semenyih.

“Bossku the hero, the penyangak (thief). That is the boss for them (Opposition supporters).

“I don’t understand how a thief becomes a boss. Does that mean they want to be thieves which is why they chose (to support) a thief?” Dr Mahathir said during a hangout session with motorcyclists in Tesco here - similar to a previous event Najib had with youths just recently. 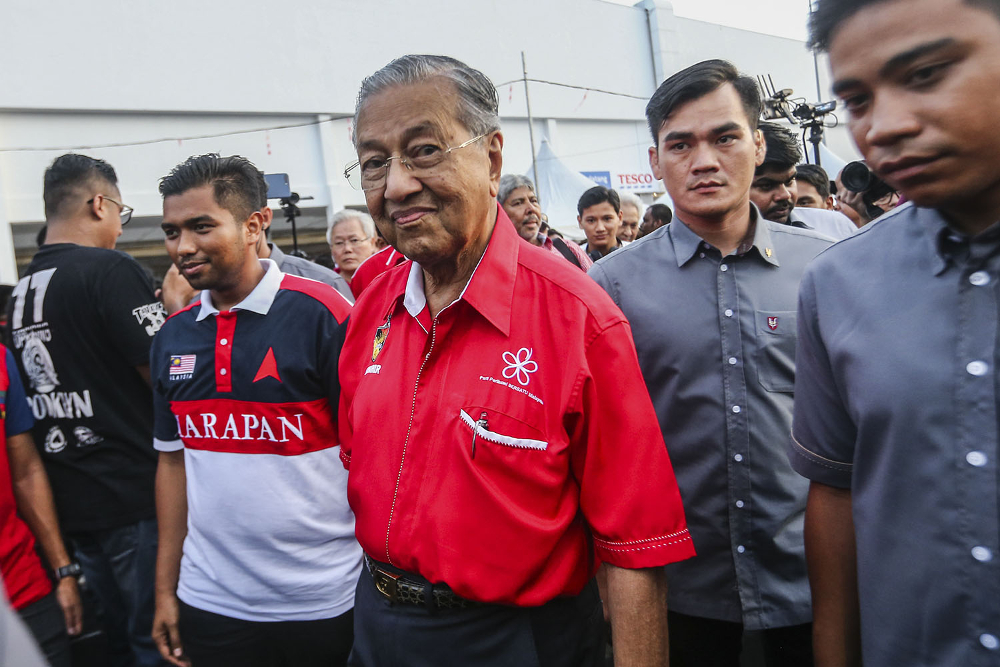 “Bossku”, or more accurately “Malu apa bossku” refers to a reply made by Najib in a now viral selfie video of him alongside a long-haired man calling out “Boss kita!” (“Our boss!”), and the phrase has now not only been turned into a rallying cry among the supporters of the scandal-plagued Pekan MP, but has entered popular culture.

At the event, Dr Mahathir also posed with a old red Honda C70 motorcycle, in a what can be seen as a cheeky response to Najib’s choice of a Yamaha Y15ZR, which the latter talked about recently.

The Langkawi MP even imitated Najib’s now-famous Facebook post of him on a motorcycle, by holding the motorcycle handle.

But the prime minister did not ride or sit on it.

The C70 with the number plate PAN 9843 could mean that Dr Mahathir is the original “old-school” or ‘OG (Original Gangster)’ in slang term, in contrast with Najib’s Y15ZR that caters towards the modern youths.

The Pakatan Harapan (PH) chairman also commented on Najib’s lightning visits to Semenyih for the by-election campaign, sarcastically saying that the latter must still think he is PM and that Barisan Nasional is in power.

“He has gotten charged but he still has not worn the yellow (lockup) attire. Do not worry, it will not be long before he has to wear them.

“Soon all of them will be wearing yellow, no more blue,” he said without elaborating further whom he was referring to.

Dr Mahathir was likely referring to the orange lockup attire worn by suspects arrested by the Malaysian Anti-Corruption Commission (MACC).

Meanwhile, during his speech to about 100 people, Dr Mahathir reminded the audience the need for a two-third majority in Parliament for PH to make amendments to the Federal Constitution.

He said PH has plans to amend the Constitution to lower the existing voting age from 21 to 18 and to limit the Prime Minister’s term to a maximum of two.

“When we are in power we can do what is necessary. And we understand because we were once from the Opposition.

“The government can deliver if we have promised but sometime we get stuck once in a while because we inherited problems from the previous regime,” he said.