PETALING JAYA, Feb 13 — Dutch Lady Malaysia said today it found no problem with its products based on initial findings from a review, after a child reportedly fell ill from drinking its milk.

“In line with our procedure, a sample was obtained from the consumer and sent to both our internal lab as well as a certified independent laboratory for testing,” he said in a statement.

The company said it is also cooperating closely with the Health Ministry to resolve the issue.

The company is investigating the product Dutch Lady Curious (900g) with the specific batch number of 1023C7WA.

“Our findings from the internal quality control process show that there are no quality deviations in the product and our milk is safe to be consumed,” Gupta said. 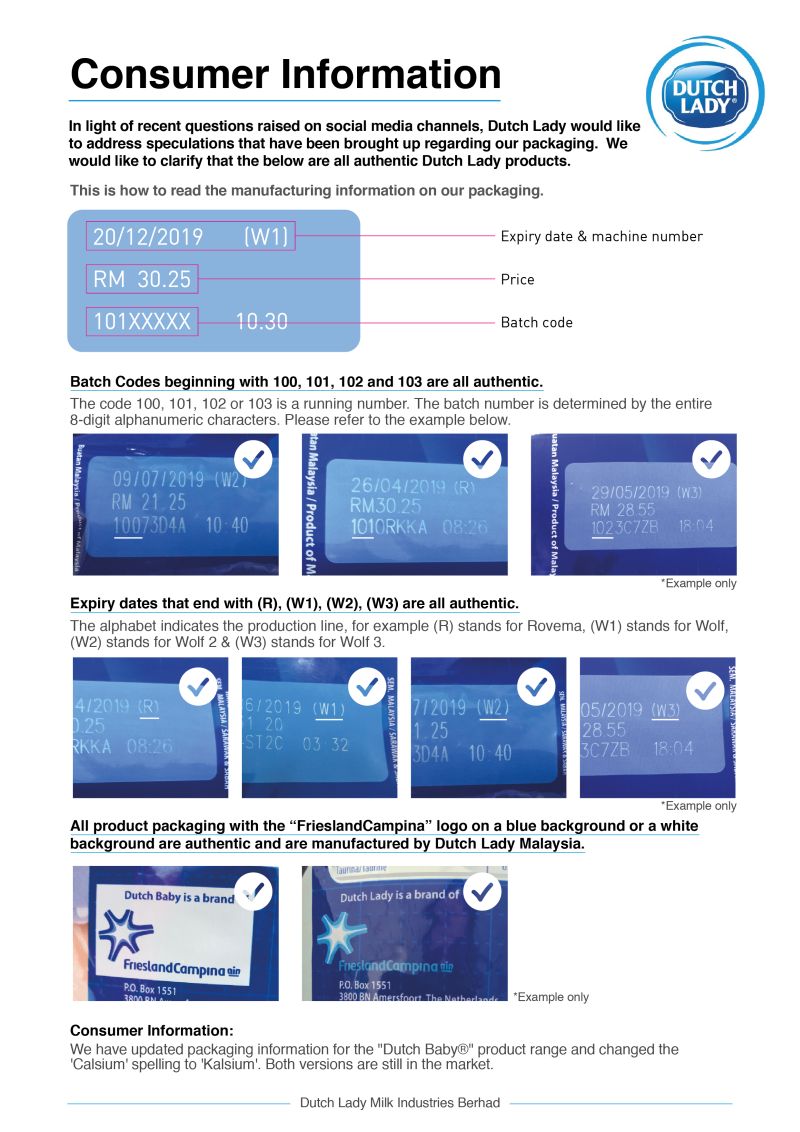 “The public is advised to refrain from spreading false information which could cause unnecessary public distress.

“We take such incidents seriously and reassure our customers their health and welfare is our highest priority,” he said.

The incident went viral on Sunday when it was alleged that a baby began vomiting and experiencing diarrhea after drinking from a Dutch Lady pack with the “102” label, which was also claimed to be coloured differently.