Three months ago, a small group of young Malaysians has been making heads turn whenever they turned up in the town area. Clad in their signature black clothing, the followers of the punk subculture lugged with them plastic bags containing food packets for distribution to the destitute. — Pictures by Farhan Najib
Follow us on Instagram, subscribe to our Telegram channel and browser alerts for the latest news you need to know.
By SYLVIA LOOI

IPOH, Oct 13 — A group of young Malaysians have been making heads turn whenever they turn up in town.

Clad in their signature black clothes, the followers of the punk subculture lug with them plastic bags containing food packets for distribution to the destitute.

Their spokesman Rozaiman Salahuddin said they were part of the Food Not Bombs group, which is a loose-knit group of people who give out free vegan and vegetarian food with others. 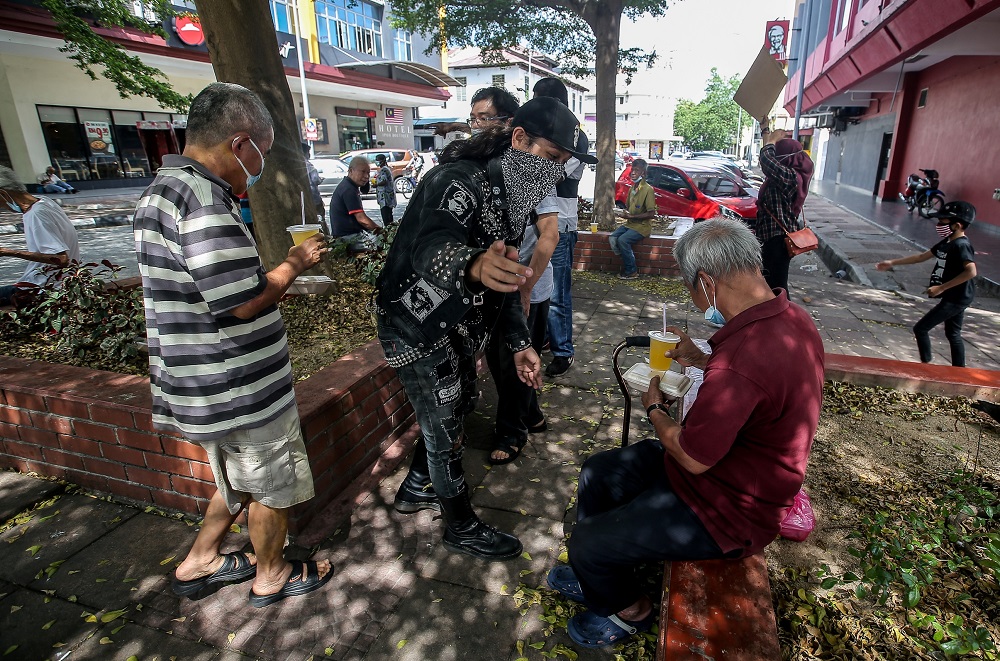 Starting with just 20 packets, the group's followers are now distributing 80 packets of food to the destitute in Ipoh

Rozaiman said the first feeding exercise was held on June 2 where they prepared 20 packets of bee hoon.

“We wanted to test the market and started out at the Medan Selera Dato Tahwil Azar area at about 8pm. But when we arrived at the park area, we failed to find any homeless people.”

Speaking to Malay Mail, the 35-year-old said he and his friends ended up driving around Ipoh that night just to find them.

“We finally managed to find three, who were sleeping in front of a bank at Jalan Sultan Idris Shah and gave them packets of food with drinks.”

The first feeding, Rozaiman said, ended at about midnight with 10 packets of food left.

Undeterred by the lukewarm response from the first feeding, Rozaiman, who works as a welder at a factory in Chemor, said they continued with their programme with 50 packets of food during the second feeding before increasing it to 80 packets in the third feeding.

During their most recent feeding recently, 80 packets of fried rice were given out.

Rozaiman said the group initially did not have a permanent place to distribute food.

“The first two feedings were held at Medan Selera Dato Tahwil Azar area while for the third feeding, we moved to the central market area.” 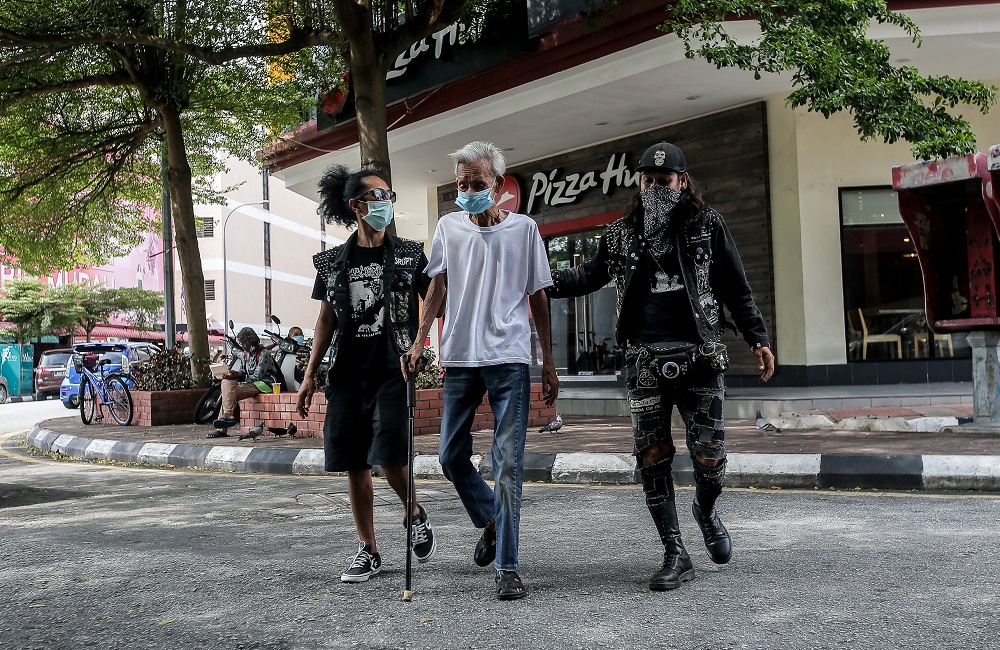 Rozaiman Salahuddin said the group had decided to make Jalan Datuk Onn Jaafar in front of a fast-food outlet as their permanent distribution site from now.

“But towards the end of the feeding at the central market, we moved to Jalan Datuk Onn Jaafar in front of a fast-food outlet as there were not many homeless people coming to pick up our food at the market.”

As luck would have it, when Rozaiman and his group arrived at Jalan Datuk Onn Jaafar, a woman was dropping off food for the homeless there.

“The woman was leaving as we arrived and we saw there were some homeless who didn’t get any food. We then quickly set up and distributed the food and drinks there.”

Believing they have found the perfect spot to hand out food, Rozaiman said the group decided to make Jalan Datuk Onn Jaafar as their permanent distribution site from now. 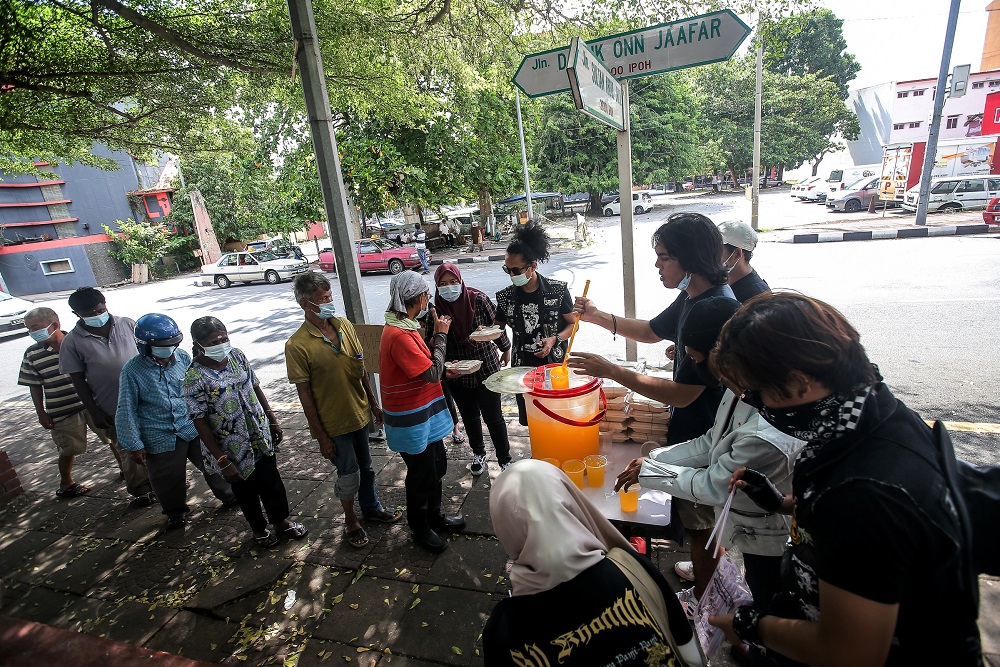 Rozaiman said the group wanted to show the people that followers of the punk subculture also have a heart.

Rozaiman said at the moment, the group does not have a fixed time table to distribute food.

“This is because our group including my wife consists of wage earners. We have to ensure our daily task is completed before we can have the feeding programme.”

He, however, was confident they would have a fixed time table soon for the feeding programme.

“This is because many have messaged us wanting to join our group to ease the hunger of the homeless people.”

As to why they were doing it, Rozaiman said they wanted to show the people that followers of the punk subculture also have a heart.

“We are not mere rebels,” added the father of an eight-year-old son, who admitted they were frowned upon when they distributed the food.

“Most of the negative comments came from social media,” he said, adding that one comment was from a woman, who asked them to wear “proper clothes” instead of their black ones if they wanted to do good. 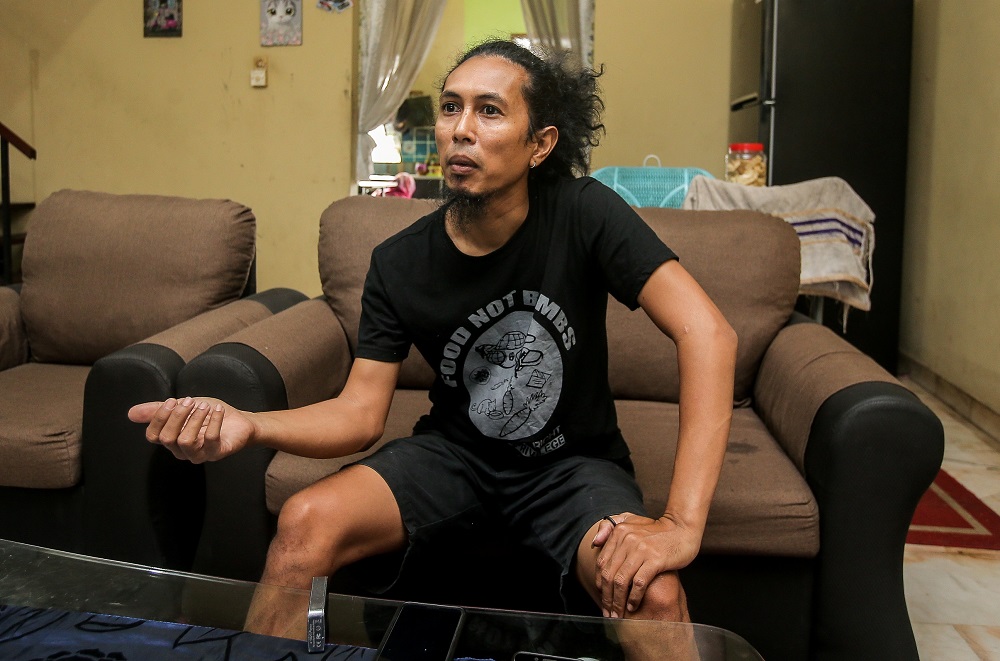 Despite brickbats on social media, Rozaiman Salahuddin said the group would continue to feed the homeless in Ipoh.

The group welcomes donations in cash and kind to continue with its feeding programme.

The group also sells t-shirts to raise funds for the programme.

“Each t-shirt is sold RM23 per piece where RM3 goes to the programme.”

Lost Cubist painting by Leger found on back of another canvas