Motivational speaker and preacher, Ebit Lew's reality show is set to premiere December 7, 2020 on Astro Prima. — Picture courtesy of Astro Malaysia
Follow us on Instagram, subscribe to our Telegram channel and browser alerts for the latest news you need to know.
By ARIF ZIKRI

A continuation from his previous program Door To Door Ebit Lew which was aired on Astro Oasis, it also offers audiences an exclusive look at the behind the scenes of Ebit Lew’s journey on his humanitarian works.

The 61 episode programme is unscripted, which posed a challenge to Lew’s team and the production crew.

“There are times where I felt sorry for the Astro’s crew because my supporting team and I did the job ad hoc style.

“Usually, we would inform the production team and crew an hour before our mission, so whoever’s late will risk getting left behind.”

Lew and his team would spend around one to two hours at a location before proceeding to the next destination in order to maximise the number of people they can help per day.

With the premiere of Jejak Ebit Lew, he hopes that his message will get across to more people and his actions can be an example for future generations.

“I hope that with Astro, the work that we did can get across to more viewers as there are many more people out there who are in dire need of help.

“Maybe there’s someone who doesn’t have the same privilege as us, so we need to know about them.

“That’s why we chose Astro because of their viewers and hopefully this show can set an example to the public,” Lew said. 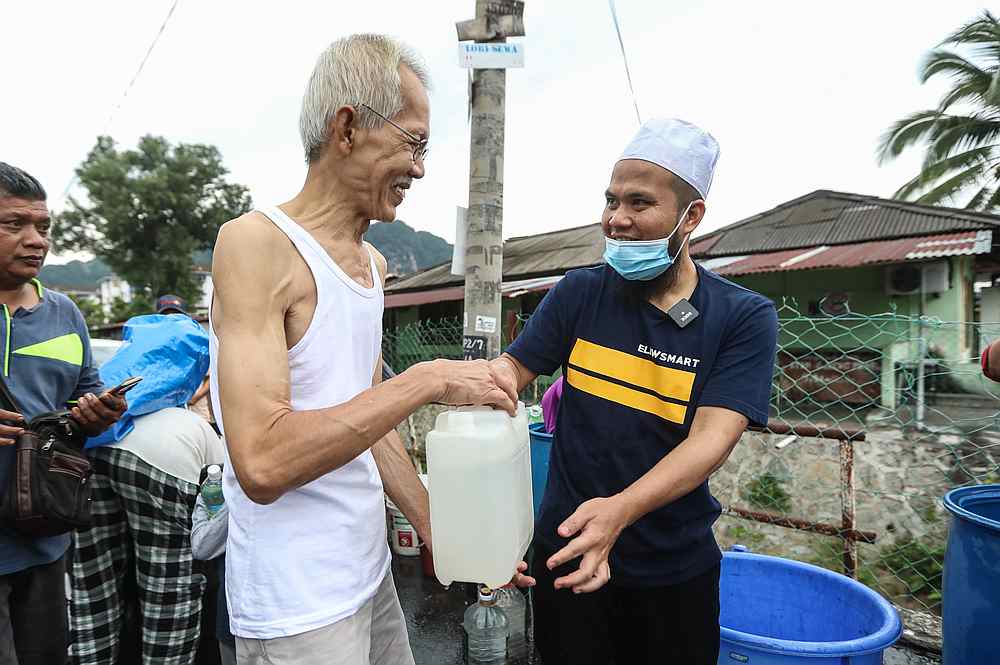 Ebit Lew is well known for his humanitarian work especially since the movement control order (MCO) was implemented in March 2020. — Picture courtesy of Astro Malaysia

According to the Astro Prima Channel manager, Norzeha Mohd Salleh, Jejak Ebit Lew is a reality programme which uses a magazine approach where they’ll show snippets of Ebit Lew’s welfare and humanitarian missions.

“What made Jejak Ebit Lew different is the exclusive behind the scenes of Ebit Lew’s journey that has never been shared on any social media before.

“It’s 30 minutes per episode and we will bring three different cases on each episode and not all of the cases that we show can be found on social media.”

Jejak Ebit Lew will be aired exclusively on Astro Prima and Astro Prima HD and it can also be streamed through Astro Go and will begin to air from December 7, every Monday at 9pm.