RAWANG, May 8 — When one mentions Hock Chew food, people tend to think of Hock Chew fish balls (Fuzhou yuwan). The cuisine is hardly limited to just this signature dish — Hock Chew (also known as Fuzhou or Foochow) is one of the four traditional styles of Fujian cooking, after all — but it’s increasingly rare to taste authentic Hock Chew fare outside of home.

With this in mind, Kevin Tee (or Ah Tee, as he’s fondly known) decided to share his love for Hock Chew dishes, the way he enjoyed his mother’s and grandmother’s cooking. Interestingly, he’s doing this, not by opening a Hock Chew restaurant, but by starting a private kitchen revolving around his interpretation of Hock Chew cuisine. 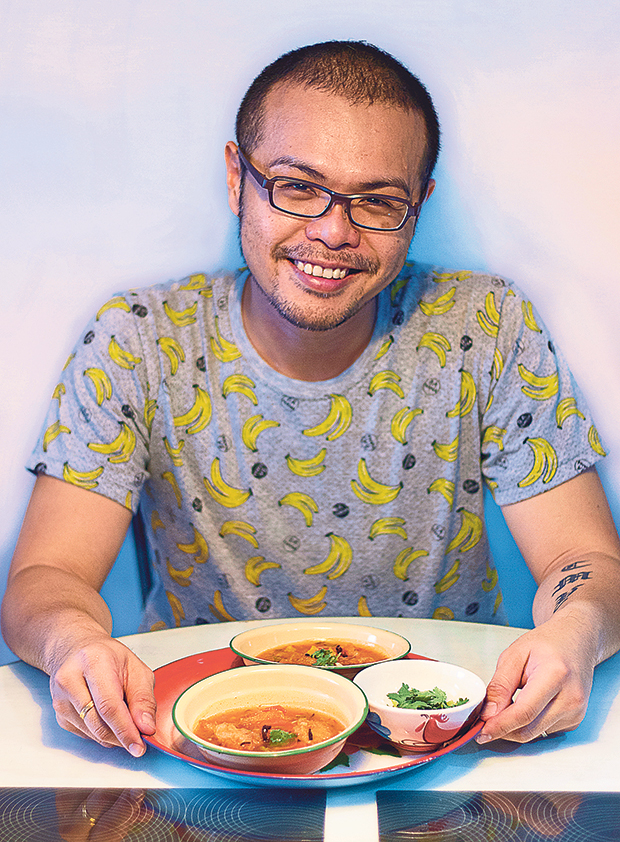 Kevin Tee (or Ah Tee, as he’s fondly known) decided to share his love for Hock Chew cooking by starting a private kitchen

“I was born in Muar but grew up in Sitiawan, my mother’s hometown,” he says. “Sitiawan was a key settlement in Malaya for migrants from Fuzhou in the Fujian province of China.”

The Hock Chew people brought with them dishes that were light, flavourful and focusing on a ingredient’s xianwei (known today as umami). Often sweet and sour in taste, Hock Chew dishes allowed the original flavours of the ingredients to shine rather than overwhelming them.

A service engineer by day, Ah Tee was always a passionate amateur cook but setting up a private kitchen — serving four to eight people at a time at home — was a new challenge. He says, “Coming up with the suitable sequence of appetisers, main course and dessert wasn’t so straightforward. I really had to think about the flow of the various flavours as this made a big difference in how my diners enjoyed their food.” 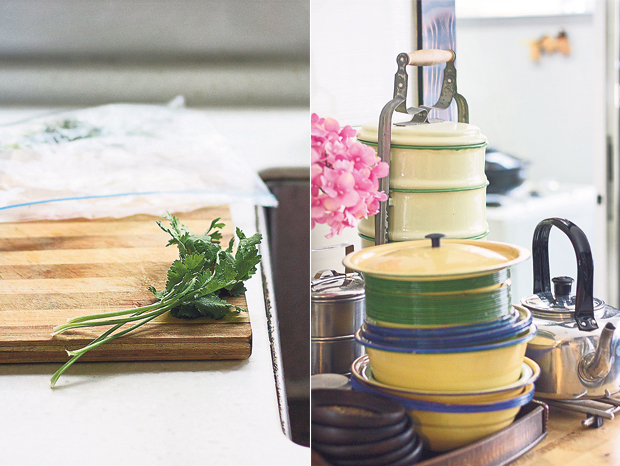 Ah Tee also focused on styling the food, something that wasn’t a priority in the traditional manner of serving. He says, “Besides cooking well, to do the dishes justice, my aim is to infuse them with some modern fusion techniques for a better appearance. Also, timing is crucial: in Chinese cuisine, we believe in ‘serve hot, eat hot!’”

There’s the aroma of the well-executed starters and more than a whiff of nostalgia here. Begin with crab meat scrambled eggs scooped into a pocket of fresh lettuce leaves and dressed with a savoury chilli sauce. It may look a bit precious, but its taste is all about home-cooked comfort food. 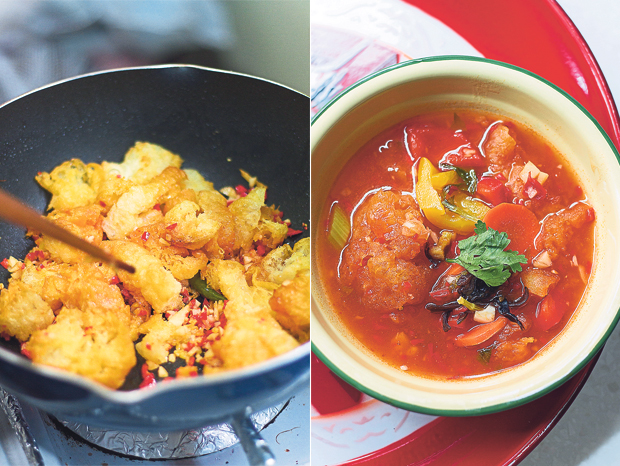 The pre-fried fish maw is fried a second time before rinsing and adding to the final dish to remove any excess oil (left). Sweet and spicy fish maw soup (right)

Next try some crispy and juicy deep fried stingray; the fish is marinated with red yeast rice (hongqu mi), which imparts a rosy-red hue, subtly sweet flavour and delicious aroma. Have this with the sweet soy sauce dip, swimming with mild cili padi (bird’s eye chilli). Even the bones — basically collagen-rich cartilage — are soft and edible.

Ah Tee’s sweet and spicy fish maw soup is a revelation. I normally avoid fish maw; when incorrectly prepared, it has an awful, oily pungency. Here, the fish maw is melt-in-the-mouth, like pillowy clouds.

Ah Tee explains, “The trick is to fry the already-fried-once fish maw before you rinse it. That way, you get all the excess oil out. Rinsing it alone won’t remove all the oil, interestingly.”

As he had some extra sweet potato from making another dish, Ah Tee decided to make an additional starter of savoury Hock Chew sweet potato balls. Inside each purple or orange sphere is a mix of minced pork, mushrooms and hae mi (dried shrimp); as the popular snackfood slogan goes, one is never enough. 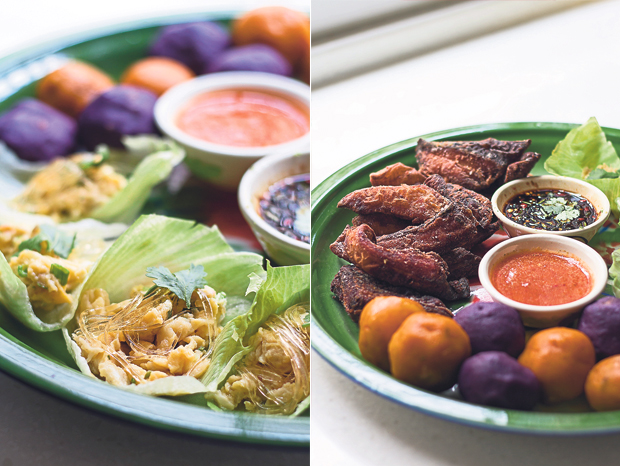 The scarlet-pink colour of the soup comes from the use of red wine (hong jio), itself a liquor made with red yeast rice beloved by Hock Chew cooks everywhere. Hongqu mi is a type of rice grain fermented with the Monascus purpureus mould, which gives it its distinctive colour. Used in Chinese cooking as far back as the Tang Dynasty in 800AD, red yeast rice is believed to help digestion and rejuvenate the blood.

The most well-known dish to feature this is the aforementioned Hock Chew red wine chicken (hongzao ji), traditionally served during birthdays with meesua (the noodles signify a long life for the celebrant). Ah Tee shares, “My take is a bit lighter and not so intense, which makes it easier for the palates here. Surprisingly, by making the dish more subtle, diners tell me they can taste more of the different flavours, not just the sweetness.” 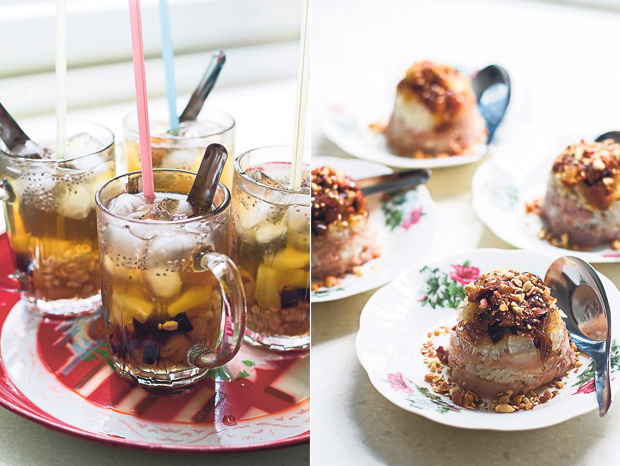 Wash it all down with a refreshing glass of cham-cham beng: this is Ah Tee’s take on a popular tong sui (sweet dessert) in Sitiawan that mixes cincau (grass jelly) with dried longans and barley. To give it a more contemporary twist, he’s added cubes of pineapple and nutrient-dense chia seeds. Something yin (cooling) to balance the yang (heating) of some of the other dishes.

Ahtee Private Kitchen conjures up flavours that will bring any true-blue Hock Chew boy or girl down memory lane: this is the taste of Grandma’s cooking, albeit updated and more accessible. One imagines Grandma would approve, enthusiastically so.

Book a session with Ahtee Private Kitchen via facebook.com/ahteekitchen or facebook/kevintys. Each session has three courses: an appetiser that consists of 2-3 dishes, main course and dessert. It costs around RM78 to RM88 per person.