APRIL 10 — As someone who experienced up close and personal the collapse of two state governments resulted by defections, one as a senior political staffer and another as an executive member of the betrayed and befallen administration, I qualify myself for an opinion on the matter.

Jumping across to the darkside, from dry land to muddy waters as frogs do is but one of the many characteristics of political defectors. Their ability to camouflage by changing colour and blend in to be hidden from plain sight; their cold bloodedness, cannibalistic tendencies among some species, and poisonous to even touch among some others are also notable in some frogs and salamanders- or the amphibian class.

Perak has been plagued with the curse of political amphibianism for much longer and more rampantly than any other states in our federation. We in Perak, have suffered enough from these political amphibians. In 2009 and in 2020- these political amphibians caused the collapse of entire governments- in 2020 both federal and state- and brought on series of constitutional crises, long drawn out political turmoil, economic and social instabilities, and wholesale loss of confidence towards the very notion of democracy itself, that we are yet to recover from.

We must solve this political plague once and for all and there is no viable solution other than an anti hopping law. We, the opposition have done our best and utmost- even putting our credibility and honour by striking a deal with the government when they suffered from a moment of weakness- and putting the enactment and passage of an anti-hopping law as the central pillar of the leverage we had over them. Alas, it may all hit the fan and splash back at our own faces.

The refusal, inability, unpreparedness, or simply incompetence of the government in getting an antihopping law on the parliamentary floor is inexcusable.

The prevalent contention now on the matter are:

1)         whether or not the enabling constitutional amendment, namely article 10, needs to be given passage together in the same sitting as the anti hopping law itself if indeed it is a separate piece of federal law;

2)         The form and content of the constitutional amendment itself;

a)         article 10: will the restriction of freedom of association be governed by constitution itself or;

b)         article 10: by a separate piece of legislation that can be afforded passage with just a simple majority- which will lead to a much lower threshold for setting the rules of the game;

c)         with and expansion to article 49 to include the definition of party hopping be sufficient and powerful enough;

3)         if it is to be a separate piece of federal law, does it give the government a carte blanche to enact draconian measures to strengthen their current position?

This ultimately calls to question; is there the need to defer the finality to the tabling of a separate anti hopping law, when the remedy to anti-hopping can be achieved by a 2 article amendment in this coming sitting.

Is there ill intent behind separating the constitutional amendment, lowering the bar to a subsequent simple majority of the house to define what constitutes anti hopping?

Of course, as a state assemblyman, I have no locus to state a meaningful and substantive stand; just the opinion of a bystanding victim of political amphibianism whose wounds maybe healed but the permanence of the scars I carry act as a daily reminder of the urgency to act.

I am also gravely aware of the political implications upon my party and my coalition if indeed the constitutional amendment fails to gain passage- whether by deferment or by an open floor defeat because of the contention above.

I can only pray that my party’s new leadership, as well as the PH leadership is given all the wisdom and luck the universe has to offer. As they need every iota of it in the coming few hours leading up to the fateful special sitting.

Let it be special for the right reasons.

Truth be told, the party who holds the top office in Malaysian Politics- UMNO view themselves also as victims of political amphibianism- or party hopping. Despite the intent and motivation, the current PM is unable or unwilling to push through the reform agenda, albeit with the opposition’s support.

Is it because he feels that his party is once again in a position of strength so much so that he does not want to deliver something that will be seen as an opposition agenda? Or is he being blackmailed by those he is in cahoots with with something more damning than being seen as submitting to the opposition’s demands? Or it is because he has worked out a deal involving party hopping again with certain quarters that incentivises him to hold back on enacting an anti hopping law? 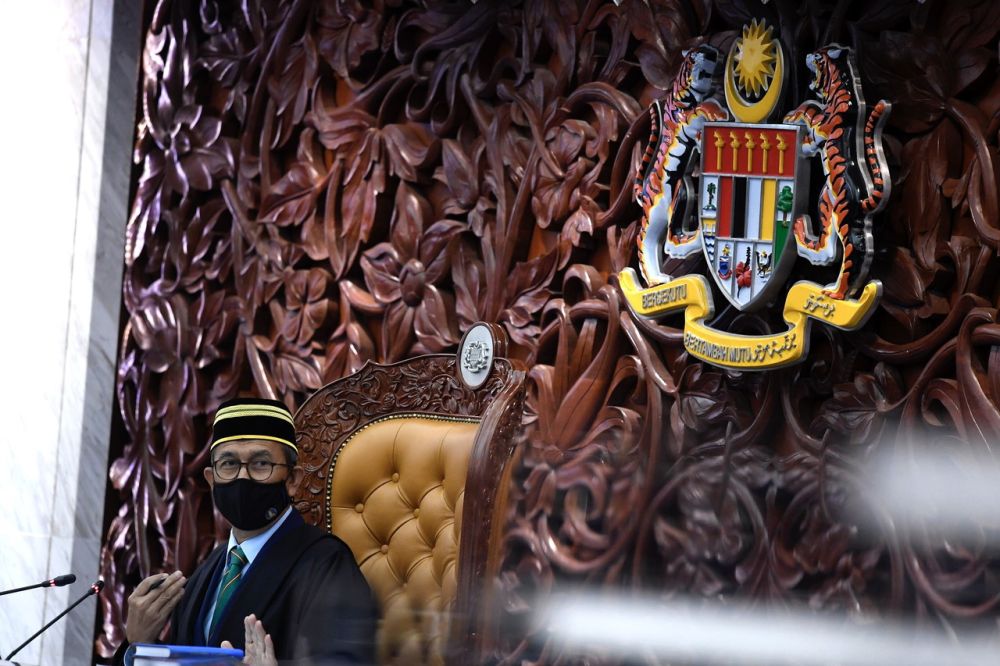 Whatever the answers are to all the above questions only makes a majority of Malaysians more angry and lose more confidence towards the electoral process and democracy itself.

We know that the more disinterested a majority of the Malaysian electorate at large are in politics, the more commanding the parties in power- notably BN and PN- are due to their unrivaled voting machinery.

Whatever his reasons are, what is at stake is no longer just about who is in power. It is about the people’s will and voice in who governs the present and future of our nation. It is about the very foundations of our democracy.

If the outcome of the special sitting goes south-Perhaps it has come to that moment in history - like how the people rose up to demand for free and fair elections in years gone by- that we go down to the streets to demand for a free and fair democracy that are free from political amphibianism.