KUALA LUMPUR, Oct 13 — Golf will be permitted to be played during the Conditional Movement Control Order (CMCO) in Selangor, Kuala Lumpur and Putrajaya, which commences tomorrow (October 14) and will be in force for two weeks until October 27. However, golf competitions will not be allowed during that period.

Following the announcement by the National Security Council that non-contact sports involving 10 people or less would be permitted during the CMCO, the Malaysian Golf Association issued a circular to golf clubs stating as follows:

“Following the directive from the Majlis Keselamatan Negara (MKN) today, 13th October 2020 of the Conditional Movement Control Order (CMCO), the Malaysian Golf Association (MGA) would like to inform golf club operators in Selangor, Kuala Lumpur and Putrajaya that golf operations can resume as normal.

“However, in order to protect the health of the golfers and employees, Golf Clubs should enforce 1 golfer per buggy and golf competitions are temporarily suspended until further notice.

“In the meantime, we would like to urge all golf clubs to continue to adhere to the SOPs by MGA and the relevant government agencies to flatten the curve of the Covid-19 infection.”

The circular was accompanied by an updated list of recommended guidelines for golf clubs (see below), which includes single buggy usage.

All sports competitions which involve spectators or participants from other states will not be allowed during the CMCO period. — ParGolf 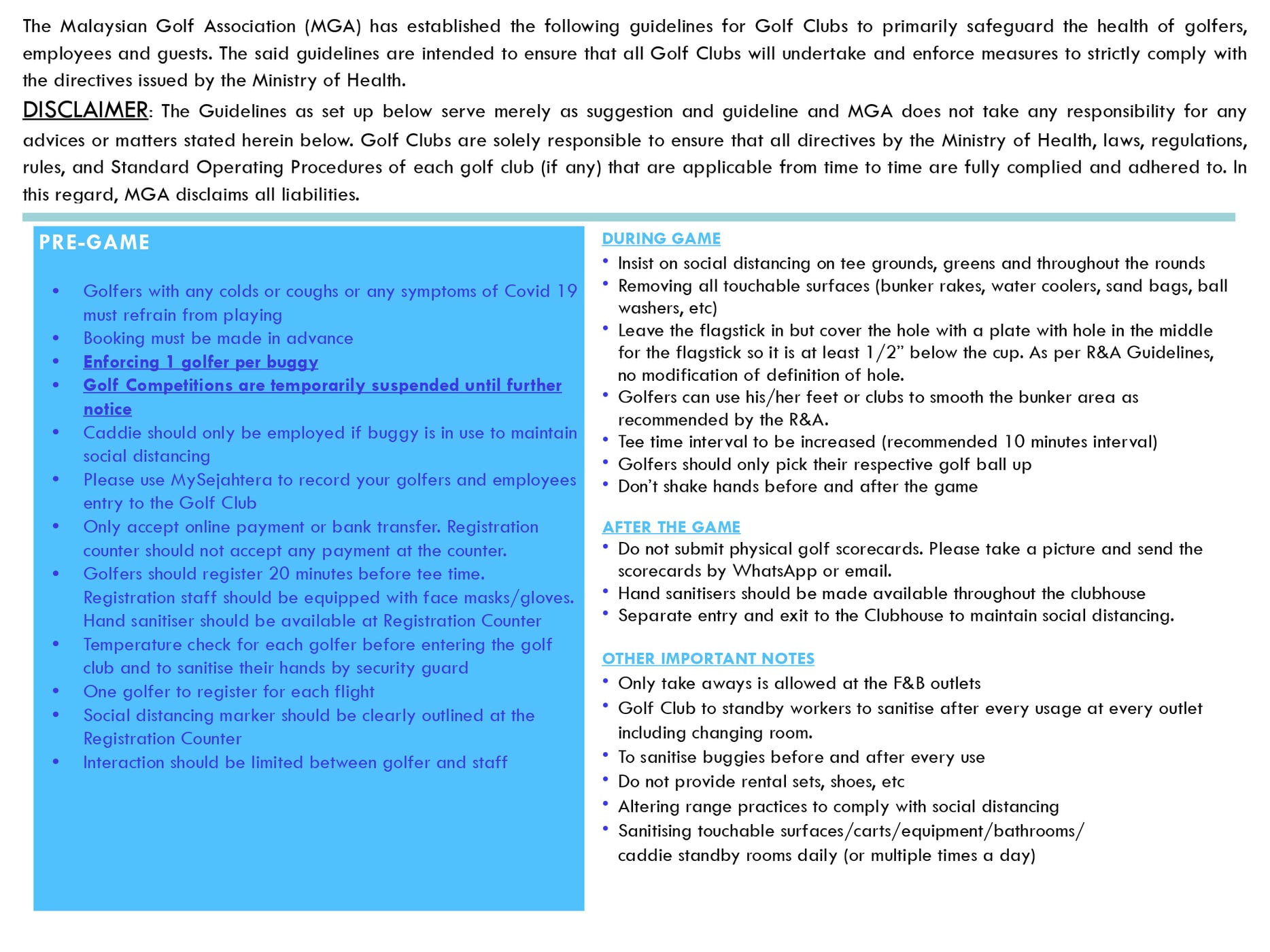