AUGUST 14 — Zhang Xinjun is pinching himself these days to ensure he is not dreaming.

Growing up in Shanxi, China, where his parents farmed amongst the modest countryside, Zhang lived a simple life as a child. Most days growing up featured daily treks to school across hilly terrain and helping at home with odd jobs.

But when he turned 17, Zhang left the comforts of his village to work as a security guard at a golf course in Xian. It wasn’t long before an opportunity to work at the driving range presented itself, and Zhang promptly grabbed the role without hesitation.

It didn’t matter at the time that golf still seemed alien to him. After a few swipes at the golf ball at the behest of his co-workers, the rest, as they say, is golf history.

Zhang, 33, will become the first Mainland Chinese player to qualify for the PGA TOUR’s lucrative FedExCup Playoffs, which begin with THE NORTHERN TRUST, set for August 20-23. Getting into the Playoffs also means enjoying a crack at the US$15 million top prize, which probably seemed like a longshot to Zhang and his farming family 17 years ago. 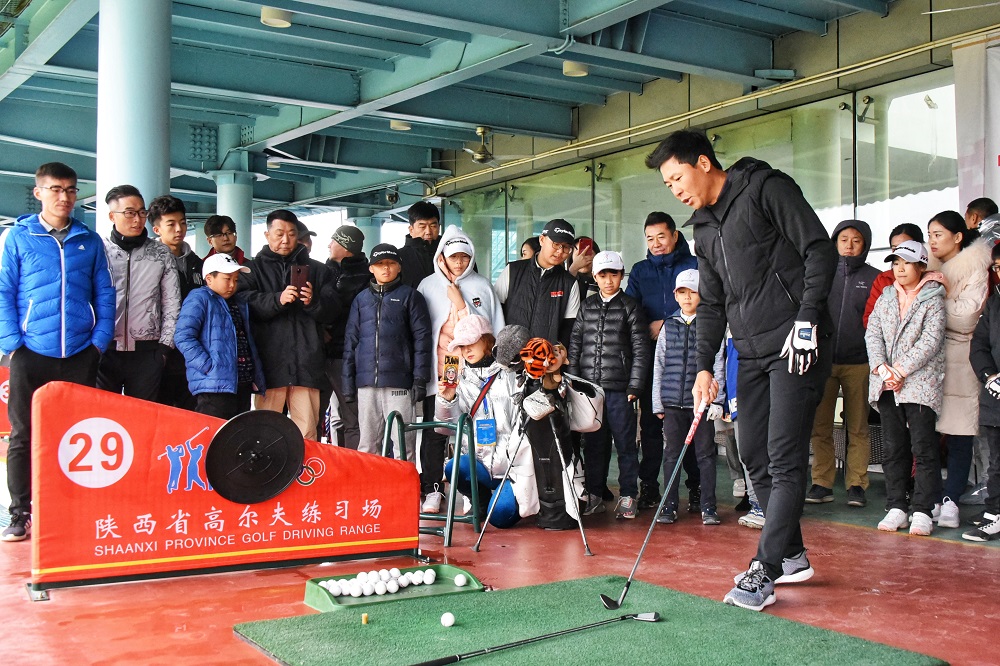 “I fell in love with the game,” Zhang said. “I became rather good and received support from the China Golf Association. People say my story could inspire more kids to play golf. If that’s true, I’m going to work harder and harder to become a better role model.”

Zhang’s fortuitous golf journey has seen him go through ebbs and flows. After some initial success on PGA TOUR Series China, he made the inevitable leap to the United States, where he competed on the Korn Ferry Tour. He finished 20th on the points list in 2017 to secure his PGA TOUR card, which he said was a “dream.”

But his rookie season on TOUR proved to be rough. “I suffered from low-level errors and out-of-control mood,” he said. “When I didn’t play well, I became more and more angry, which resulted in poor performance. I was too concentrated on the immediate gain and loss. Going back to the Korn Ferry Tour (in 2019), I was determined to change my mindset and mentality.”

Two wins on the feeder circuit last year gave Zhang a second chance on the PGA TOUR. And so far he’s made good on his latest attempt, having recorded three top-10s and three other top-20s to lie in the 65th position in the FedExCup standings with one week left to play in the Regular Season. That’s a far cry from his rookie season that saw him miss 16 cuts across 28 starts.

Part of that renaissance was due to a combination of old-fashioned hard work, his upbringing and life experiences in different places. “I did not speak English (when I got to the US), so I couldn’t communicate when I went out,” Zhang said. “I missed home. I was lonely. After thinking about it, I realized that my biggest problem was my mind. I had a lot to improve, but my biggest challenge was to change my mindset. My goal at every tournament was to not think about the result, only focus on the moment and the shot. I also needed to make adjustments to my technique and I also needed more physical training.

“Growing up in my village as a child, I had to cross the mountain and run to school,” he continued. “Those experiences have made me very tough and persistent. I made it back to the PGA TOUR because I was finally ready in every way. I got help from my coaches both with my game and on the mental side, and I was finally accustomed to the lifestyle in America. I think golf is a game that tests one’s perseverance. I’m the kind of person who never gives up.”

It has been 10 years since Zhang first joined the professional ranks, but the demand to produce consistent form each week continues to be a challenge. When golf made a return following a three-month suspension due to the Covid-19 pandemic, Zhang missed four consecutive cuts on the PGA TOUR, which caused some momentary jitters.

“I needed to get back my feeling with the swing. I was worried and when I have these thoughts and care so much about results, I cannot focus,” he said. “After four events, I reminded myself to focus on every swing, every hole and not think about results. At the Memorial Tournament (where he finished tied 10th), I stuck to my strategy and regained my feeling and confidence. I am satisfied with my performance this season. I improved my mentality and practiced more which showed in better scores and got me into my first major (PGA Championship) and my first Playoffs. I have gained so much.” 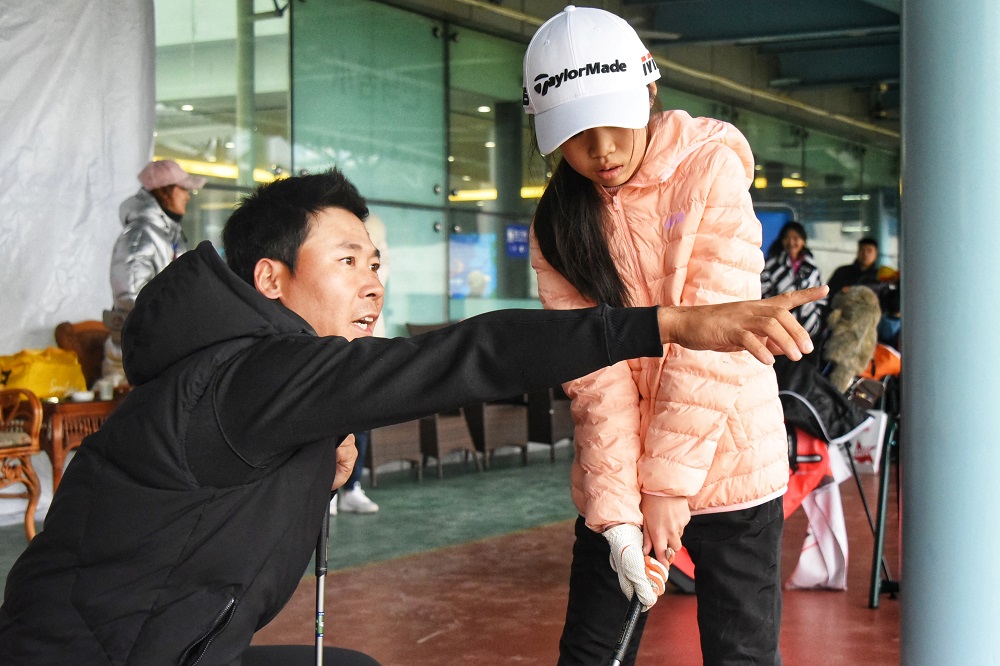 Zhang Xinjun teaching one of the kids during his training camp. — Picture courtesy of Zhang Xinjun

Like many others, Zhang is excited at the prospect of challenging for the PGA TOUR’s Ultimate Prize, the FedExCup which the Playoffs comprises of three mega events, beginning with the 125-player THE NORTHERN TRUST, the top-70 BMW Championship and the TOUR Championship, where a 30-player field will compete for the US$15 million prize at East Lake Golf Club outside Atlanta, Georgia.

“I am so excited to compete with the best golfers and accumulate experiences. This means a lot to me,” Zhang said. “Trying to win (a tournament) is the objective of every player, and it’s the same for me. A small step leads to a thousand miles and what I can do is to focus on every tournament and every swing. I am closer and closer to becoming a PGA TOUR champion.”

Zhang’s biggest fans at home are his parents and family, whom he said sacrificed so much for him to pursue his golf dream. “Getting good results is the best return to them,” he said. “My parents always give me great understanding and support, which makes me focus and devote myself to golf.”

Realising how golf has provided the opportunity to create a new life for him and his family, Zhang launched a junior golf charity programme in his hometown as a way of giving back to the community. “Golf is a great sport. I hope more and more young people could love golf,” he said. “I also hope people who love golf can persist and play well. I want to share my life experiences, professional experiences and golf skills with a bunch of juniors and provide one-on-one training. I will continue this programme to support junior charity golf development and participation.”

* Chuah Choo Chiang is senior director, communications of the PGA TOUR and is based in Kuala Lumpur, Malaysia.