Analysts: Time for Perikatan sympathisers within Umno to choose which side their loyalty lies

Umno president Datuk Seri Ahmad Zahid Hamidi (centre) arrives for the 2020 Umno general assembly in Kuala Lumpur March 28, 2021. — Picture by Shafwan Zaidon
Follow us on Instagram, subscribe to our Telegram channel and browser alerts for the latest news you need to know.
By DANIAL DZULKIFLY

KUALA LUMPUR, March 30 — Umno leaders who have been supporting Perikatan Nasional (PN) and its leading party Bersatu, must now decide their next course of action as the party has unanimously decided not to cooperate with the ruling coalition in the coming 15th general election (GE15), political analysts said.

Oh pointed out that just because party president Datuk Seri Ahmad Zahid Hamidi heeded the call by grassroots members to cut ties with Bersatu and PN, this does not necessarily translate into tacit support for the Bagan Datuk MP.

“I think the overwhelming grassroots sentiment is not in favour of aligning further with Bersatu, although this sentiment doesn’t necessarily translate to automatic support for Zahid. Umno would work with Bersatu only if their respective leadership roles in the ruling coalition are reversed.

“Umno’s mainstream faction would of course fire a few warning shots at those from the disloyal faction, as it did during the AGM by freezing membership. But ultimately, the Cabinet clusters and those favouring Bersatu would now have to make the tough choice as to which side their loyalty truly lies,” he said.

Oh was referring to 15 ministers and deputy ministers from Umno who are serving in PN’s Cabinet numbering a total of 70 members.

Most recently, Federal Territories Minister Tan Sri Annuar Musa has earned the ire of the party for being seen as PN friendly.

During the general assembly, Zahid warned “parasites” within the party to not support PN or Bersatu. After the AGM, Umno veteran Tengku Razaleigh Hamzah even urged Umno Cabinet members and those appointed to government link entities, to resign.

However, party president Zahid clarified to the press that no directives have been issued for Umno members serving in the PN administration to quit their post immediately and that they would only need to do so once parliament has been dissolved and a general election is called.

During the assembly, Zahid had also assured party members that he still maintains the policy of “No Anwar, No DAP, No Bersatu”, cementing any rumours or even assertions that the Umno is engaging in backroom talks to form a new political union.

Political analyst Kartini Aboo Talib Khalid said the decision that was ultimately made by Zahid was necessary as a means to avoid Umno from confirming with terms set by PN lynchpin Bersatu. 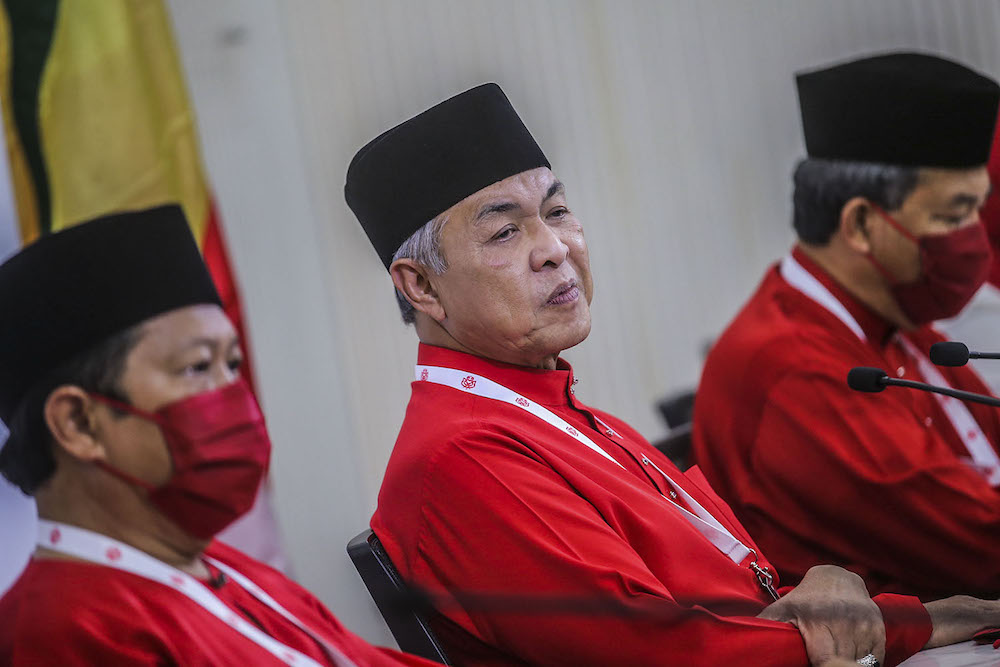 Kartini also pointed out that Zahid will enter into negotiations with other political parties after the elections to ensure the new government that is formed, clearly has the people’s mandate.

“At the moment party members especially, the supreme council have decided not to ally with PN in the upcoming GE15. Zahid is firm in this matter, hence gives a reflection that he wants dissolution rather than consociation in the power struggle between Umno and Bersatu.

“He may be very optimistic in forming alliances after GE15 with members from the opposition and others that clearly received the people’s mandate. For leadership positions, Zahid is unchallenged thus far despite the corruption case against him,” he said.

Oh said Zahid managed to consolidate his leadership against those who are PN aligned within the party but had also paid the price politically by clearly stating that the party would also not join forces with Pakatan Harapan.

“Zahid did manage to consolidate his leadership standing against the recent onslaught of the PN-friendly faction within Umno. But in a sense, he paid a political price for doing so by vowing to also not align with PH, so as not to be accused of being biased in favour of PH which Umno has vilified for so long.

“Although having survived this round, Zahid would still be painted as a ‘lame duck’ president as he is still saddled with many court cases and therefore could not be a viable prime ministerial candidate even if Umno were to lead a future ruling coalition,” he added.

While Umno has been very clear of their rejection of Bersatu and PN, their relationship with PAS remains in question, with Umno delegation during the assembly repeatedly stating that the Islamist party stands to gain much more if they remain with Umno under Muafakat Nasional (MN). 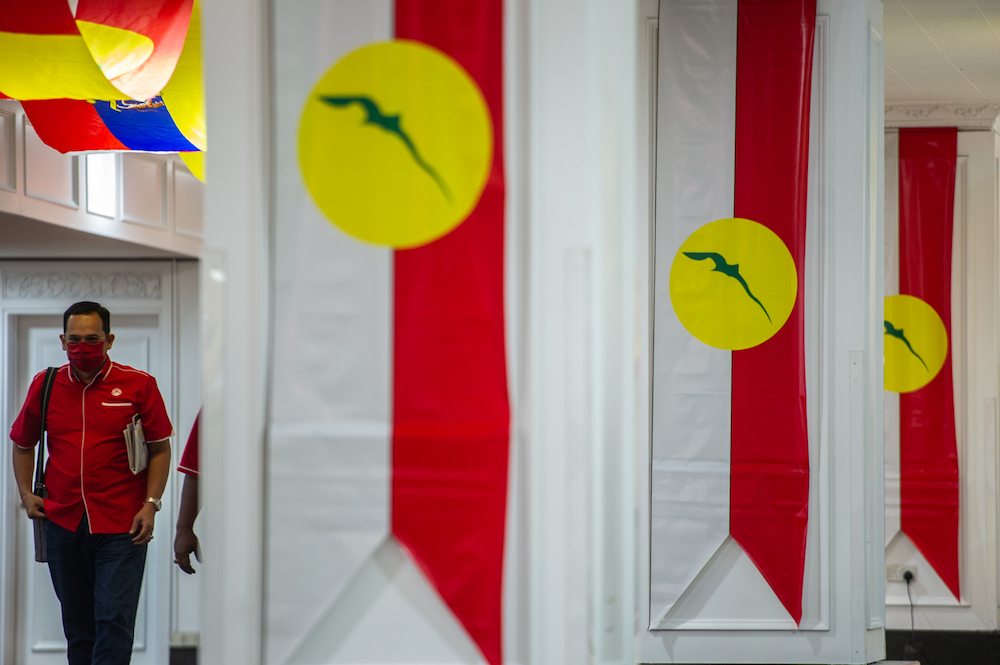 While Umno has been very clear of their rejection of Bersatu and PN, their relationship with PAS remains in question. — Picture by Shafwan Zaidon

“There isn’t much of a choice since the divisional meeting and the majority of the grassroots want to sever the ties with Bersatu, so the ultimatum given was of no surprise.

“Not only they have no choice but that is the best because they are trying to up the pressure not only on Bersatu but on PAS to abandon Perikatan Nasional and join together with Barisan Nasional or Muafakat Nasional.

“When Zahid made the speech in front of PAS president Datuk Seri Abdul Hadi Awang, that there is still a chance for MN to be realised. I think that is a message to PAS, that they need to make a decision.

“While PAS had is seen to be keener to be with PN, there is still hope by Umno for the Islamist party to commit to Muafakat Nasional, said Azmi.