No work during full moon: Some customs of the Temiar Orang Asli in Kampung Pos Toel, Kelantan revealed

The Temiar Orang Asli is one of the sub-ethnic of the Senoic group which lives all over the Banjaran Titiwangsa. — Picture by Arif Zikri
Follow us on Instagram, subscribe to our Telegram channel and browser alerts for the latest news you need to know.
By ARIF ZIKRI

GUA MUSANG, Nov 10 — There are approximately three main orang asli ethnic groups living in Peninsular Malaysia, which are the Negrito, Senoic and Proto-Malay.

Most of the Senoic group live all over Banjaran Titiwangsa — stretches of mountains from Perak to Kelantan.

For the Temiar Orang Asli of Kampung Pos Toel, they have been living in the inland of Lojing located in Gua Musang within the province of Kelantan for generations. 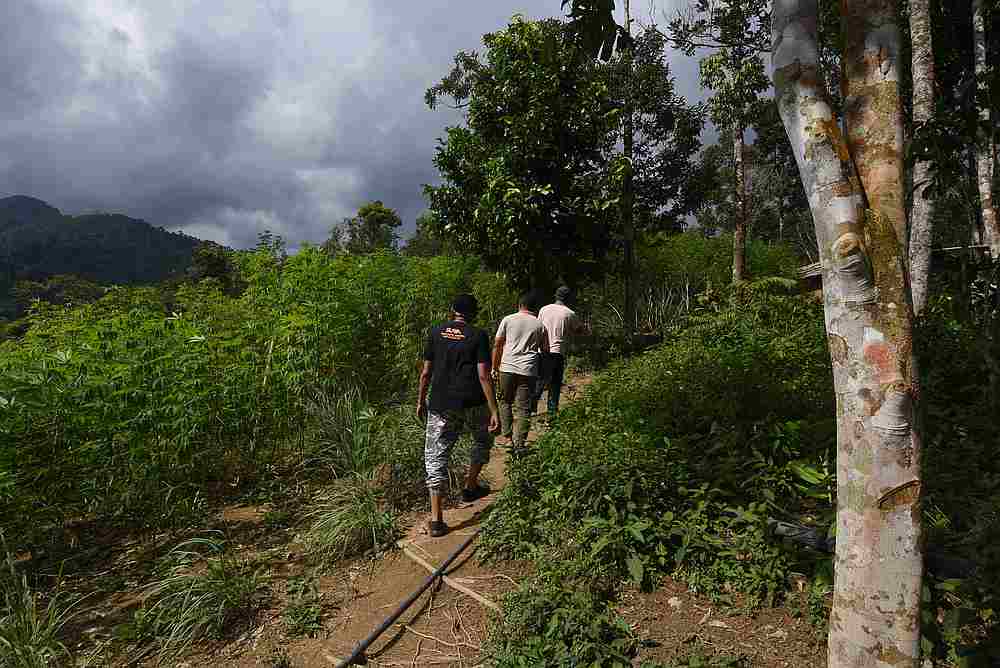 The Temiar natives of Kampung Pos Toel made their living by selling crops and forest products. — Picture by Arif Zikri

The villagers of Kampung Pos Toel make their living solely by collecting forest products, hunting and selling crops such as rubber, sweet potatoes, corn and various kinds of fruits including durian and bananas.

However, when it comes to harvesting crops and hunting, the Temiar Orang Asli believes that there are a few restrictions they need to adhere to.

According to the head chief of Kampung Pos Toel, Sudin Mat Nor, the shape of the moon plays a huge role in the Temiar natives working schedule.

Sudin said that the shape of the moon would determine the right time to harvest their crops and it would bring bad luck if it were to be breached.

“If it’s crescent-shaped then it is not the best time to harvest.

“If we were to harvest at that time, our crops would usually get eaten by wild animals and infested by worms.

Sudin also pointed out that another indication of bad luck is when it is the full moon.

“It is considered as dangerous to work during the full moon, accidents tend to happen.

“Sometimes we get hit by fallen branches or sometimes there are snakes.

“We’ll have to wait until the full moon breaks then only we can continue with our work.”

Besides the moon, the Temiar people are also very careful when setting up snares because they need to make sure that the area is completely free of snares in the first place.

They believe that any sort of encounter with fellow villagers while they were setting up snares would scare the animals away. 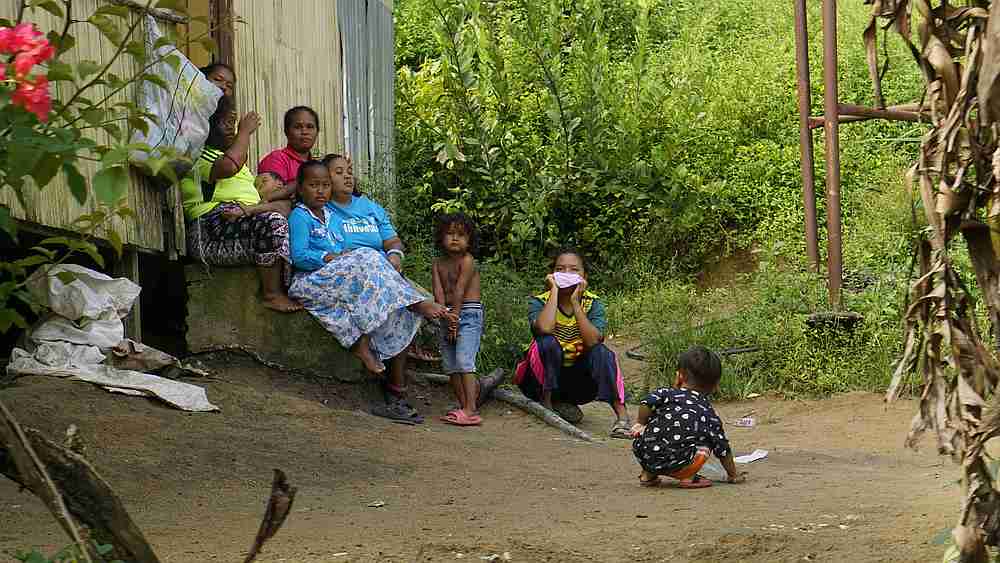 The Temiar's families and neighbours often visit each other daily. — Picture by Arif Zikri

Aside from their superstitions, the Temiar people are also active as a community as it is part of their customs by holding meetings with the whole village whenever there are issues.

They would also often throw a feast whenever there is a reason to celebrate such as graduations of their children and marriages.

Usually the whole village will take part in preparations and among the dishes that they would serve whenever there is a feast or celebrations is their famous Nasi Buloh; steamed rice cooked inside a bamboo.

The Kampung Pos Toel has been a home to the Temiar people for five generations now.

Even though some of the villagers have accepted other faiths but they're still holding on to their customs and superstitions as they believe that it is part of their heritage.