Stevens Chan said that LaShawn’s help allowed him to lead an independent life despite being visually impaired. — Picture from Facebook/stevens.chan.35 and Facebook/DogsForSight
Follow us on Instagram, subscribe to our Telegram channel and browser alerts for the latest news you need to know.
By TAN MEI ZI

PETALING JAYA, May 4 — Malaysia’s first recognised guide dog LaShawn has died at the age of eight after battling a blood infection.

“I am so heartbroken to inform that LaShawn, our only guide dog, passed away this morning.

“We promise to do better for him in our fight for guide dogs in Malaysia,” read the post.

LaShawn is listed as the first guide dog for the blind in the Malaysia Book of Records and served Chan for six years after flying in from China in 2014, Sin Chew Daily reported.

He was admitted to an animal clinic in Cheras on April 29 and was being treated for leptospirosis after showing symptoms of vomiting and diarrhoea.

Unfortunately, Chan could not be by LaShawn’s side during his final moments as he could not travel freely due to the movement control order (MCO).

Chan is the founder of social enterprise Dialogue in the Dark Malaysia and launched a petition in 2018 for guide dogs to be recognised under the Persons with Disabilities Act 2008.

The petition on Change.org called for an amendment that would allow guide dogs to access public areas and transportation with their owners. 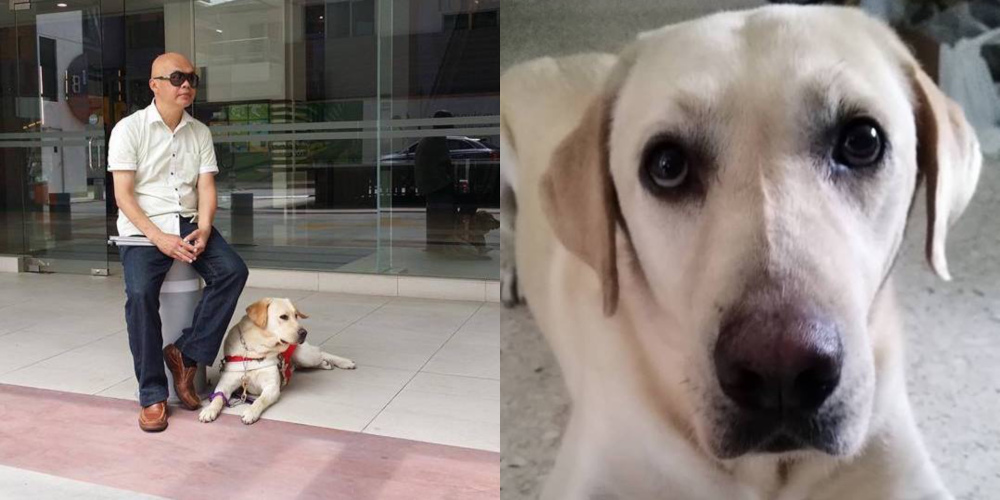 LaShawn was recognised as the first guide dog for the blind in the Malaysia Book of Records in 2018. — Picture from Facebook/DogsForSight

It garnered over 85,000 signatures and was submitted to then-deputy prime minister Datuk Seri Dr Wan Azizah Wan Ismail in the hopes that people with disabilities (PWD) can one day travel freely in Malaysia with their canine companions.

Chan said it was common for him to encounter difficulties when commuting with LaShawn and a Malay Mail report in 2014 recounted how the duo was only able to walk through a shopping mall in Kuala Lumpur for 10 minutes before being chased out by security.

Sin Chew Daily quoted Chan saying that LaShawn provided him with a “second pair of eyes” after losing his vision to glaucoma in 2002.

He added that he could live a more independent life thanks to the assistance of his furry friend and hoped that the Malaysian government would give guide dogs legal recognition to ease the difficulties faced by PWD.