The orang-utan which is native to Malaysia is shown in the Tourism Malaysia’s official video ‘Essence of Asia’. — YouTube videograb
Follow us on Instagram, subscribe to our Telegram channel and browser alerts for the latest news you need to know.

The five-minute music video, which showcased the alluring beauty of Malaysia from a treasure trove of nature to cultural diversity and more, was described by Najib as a success and had given him an overwhelming sense of surrealism.

“As I watched this video...I was reminded on how blessed we are to live in a country as breathtakingly beautiful as Malaysia,” he said in his latest post in his facebook and twitter account.

Najib in his post had also attached a link to the music video.

“Experience this surrealism I felt on your own,” he added.

The music video had recently won bronze medal in the 35th Annual Telly Awards, and prior to this had also won a special award in the Public Awareness Campaign at the 3rd Deauville Green Awards International Film Festival for sustainable development and ecology, and the 2014 Golden City Gate Tourism Media Awards in the “Country” category.

The soundtrack in the music video, which was a renewed version of the popular “Malaysia Truly Asia,” was sung by popular Malaysian singer, Yuna.

It was given a breath of fresh air by her with the assistance of local audio house Two AM Music Studios and recorded at the prestigious Chalice Recording Studio in Los Angeles. — Bernama 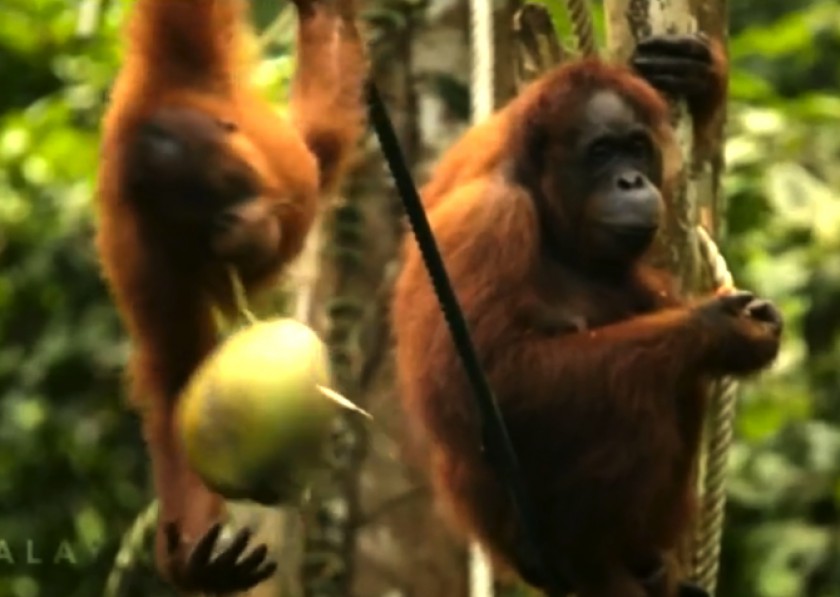 The orang-utan which is native to Malaysia is shown in the Tourism Malaysia’s official video ‘Essence of Asia’. — YouTube videograb