Grass is seen on the Piazza del Campo, that hosts the Palio di Siena horse race twice a year in the medieval city of Siena, Italy, April 9, 2020. — Reuters pic
Follow us on Instagram, subscribe to our Telegram channel and browser alerts for the latest news you need to know.

ROME, Apr 9 — Tourists from across the world flock daily to Italy to marvel at its art-filled cathedrals and Roman ruins.

But the rolling hills of Tuscany and the ancient city of Pompeii have looked almost abandoned since the coronavirus pandemic turned the Mediterranean country into a strict no-go zone.

The resulting economic hit to one of the world’s most visited nations is profound. Tourism employs an estimated 4.2 million Italians — just under a fifth of the entire official workforce.

The question many are asking is whether the Italian economy — the European Union’s third-largest and dependent on tourism for 13 percent of output — will ever be the same again.

It will take “one or two years to get back to where we were,” Italy’s tourism secretary Lorenza Bonaccorsi told AFP.

But Bonaccorsi conceded that 2020 might as well be “written off”. 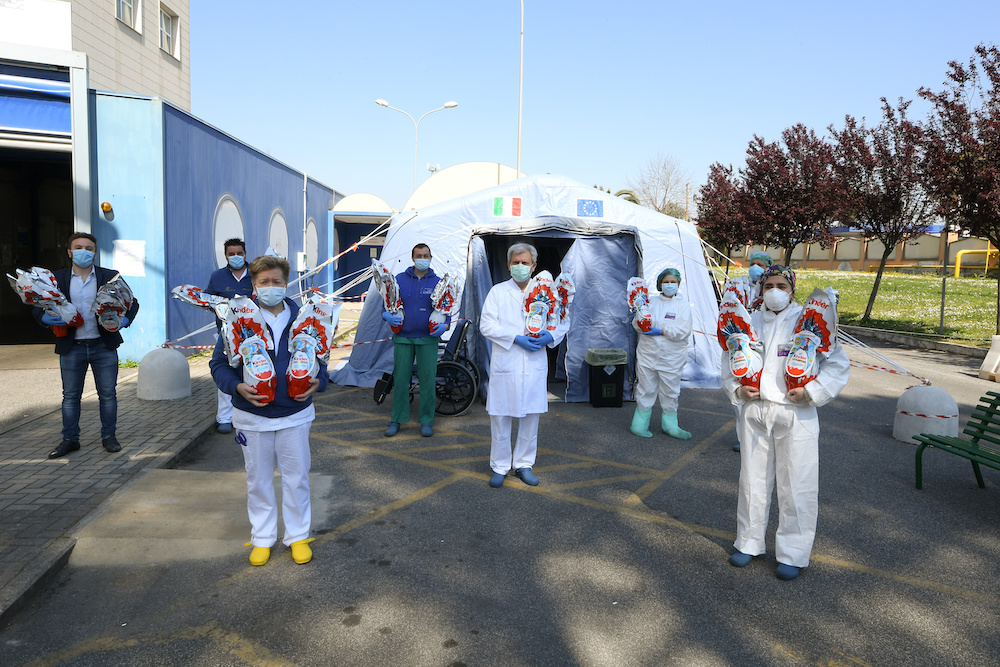 Easter traditionally marks the real beginning of the tourist year. Hotels are supposed to be hiking their prices -- not locking their doors for the coming weeks and possibly months

But they are closed along with all other businesses across the nation of 60 million.

The government, with world’s highest Covid-19 death toll, is debating how and when to end it’s month-long lockdown.

But will hotels be able to draw tourists even if they were allowed to operate again?

“But with the lockdown extended, that is going to mean 90 million lost nights — and that only at the beginning of the year through to May,” said Alberto Corti of Confturismo.

For the rest of the year, the association does not even want to hazard a guess.

Corti says the industry as a whole is worth 200 billion euros (RM947 billion) a year and provides an important knock-on effect for other sectors.

“One hundred euros spent on tourism generates 86 euros in other sectors,” including the food sector and real estate, Corti said. 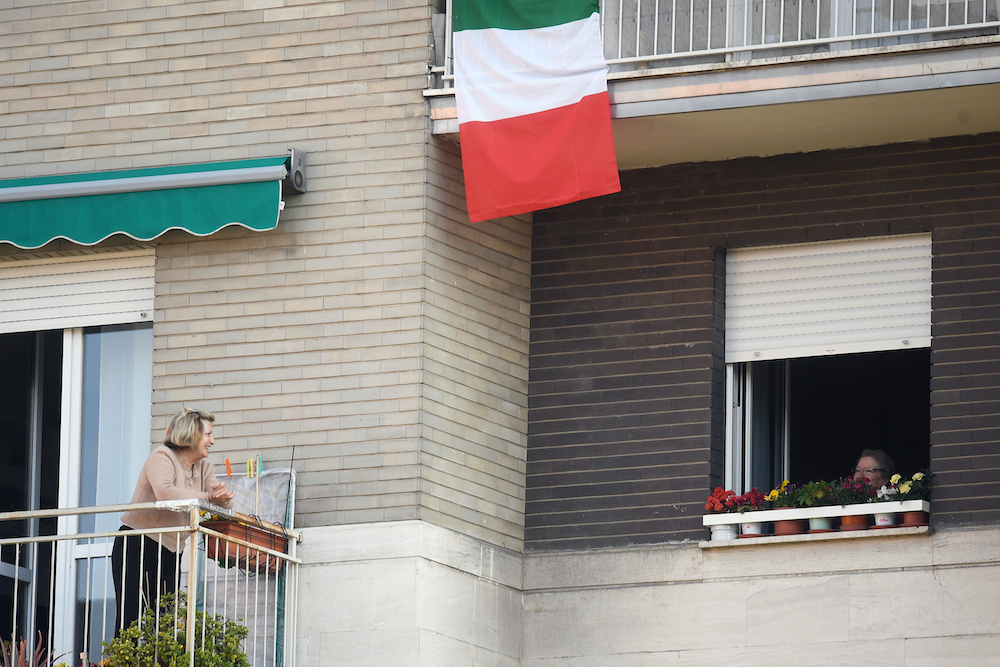 Italy has its advantages — such as 55 UNESCO world heritage sights that put it on a par with China.

But even with that, “it is still impossible to say when Italy... will come out of the health emergency,” Bonaccorsi said.

One possibility is that domestic tourists, who normally account for half of the total, will help make up some of the damage.

According to a survey done for Confturismo, seven out of every 10 Italians think the crisis will be over in two or three months.

Nearly half say they would then be ready to go on holiday somewhere in Italy.

Confturismo has asked the government to reduce taxes and make up for at least some of the lost revenue, Corti said.

Like many other countries, Italy has announced a series of costly measures and supports designed to protect the economy, its businesses and workers, during the shutdown.

But is unclear if the sums add up. 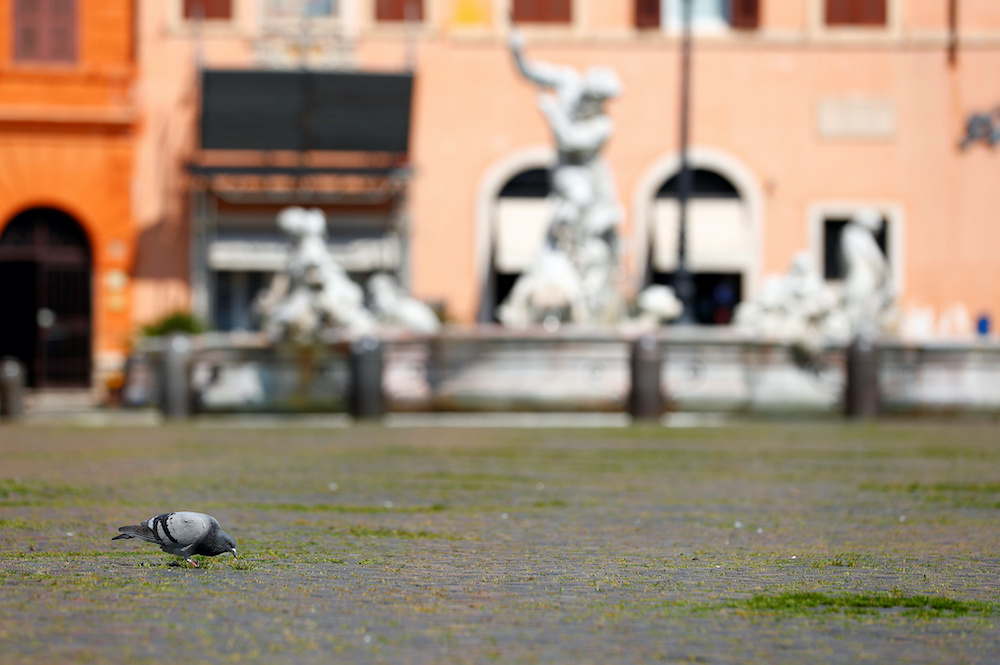 A pigeon is seen as grass grows on Rome's popular Piazza Navona square after a huge drop in the number of visitors due to a strict lockdown trying to stop the spread of coronavirus disease (Covid-19) in Rome, Italy, April 9, 2020. — Reuters pic

Antonio Borgia, 54, a carpenter who refurbishes tourist apartments in Rome, thinks they do not.

“I have to pay 800 euros in rent each month for my workshop, plus 250 for electricity, so (the government’s small business handout of) 600 euros is not enough and even worse, I lose 500 euros a week due to being closed down,” he told AFP.

“The government (of Giuseppi Conte) just postpones payments, taxes and gives us credits but if I am completely locked down, how am I going to pay them in two months’ time,” Borgia said.

About half of all the tradesmen artisans have just been managing in recent years.

Now, they “find themselves with nothing and will never be able to re-open,” the carpenter warned.

It is more than just an economic problem, raising issues which continue to plague Italy, especially in the poorer, more exposed south.

Chief among them — the Mafia.

According to Palermo prosecutor Francesco Lo Voi, “the strongest Mafia groups always know how to take advantage of opportunities to make money.”

They have huge amounts of cash available that can be invested in troubled hotels, restaurants or transport companies.

Some studies predict a bankruptcy rate of around 10 per cent if the crisis goes beyond this year.

The government is also worried that richer foreign companies come will come in and buy up their Italian rivals on the cheap.

“That would mean that tourism’s earnings would no longer go to Italy but to German, Japanese or American investors,” Corti said.

A new initiative announced by Conte’s government on Monday is designed to stop this from happening.

“This moment of difficulty will not translate into an opportunity to prey on Italian companies,” cabinet undersecretary Riccardo Fraccaro vowed Monday.

But the government’s promise has still not been put to the test. 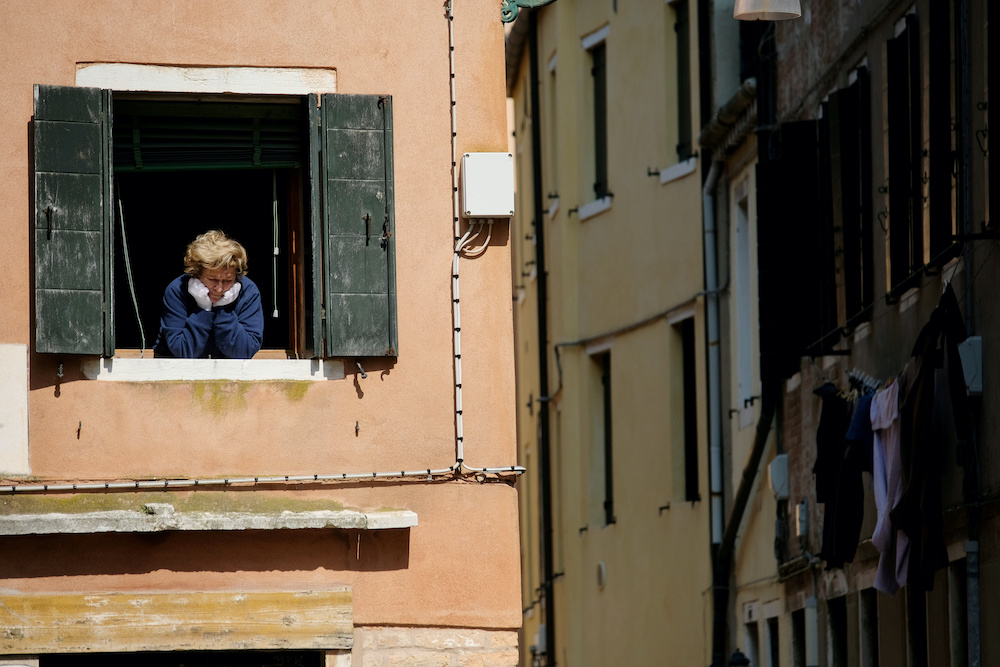 A woman looks out of an apartment window as Italians remain under lockdown to prevent the spread of the coronavirus disease (Covid-19) in Venice, Italy April 4, 2020. — Reuters pic

Chiara Ippoliti, an estate agent with Link in Rome, believes the current season is already lost.

“We have seen a fall of 80 to 90 percent in business since the beginning of the year and at the moment, all reservations have been cancelled,” Ippoliti said.

Most of the apartments on Airbnb in sought after areas of Rome — Monti, Trastevere or the Vatican — are run by small business people who have rented them.

“If they do not get any guests, they will not be able to pay their rent and will in turn hand them back to the owners,” she said.

The owners in turn may have no option but to try and sell their apartment in an already weak market.

Real estate agents say some 20,000 property sales have already been cancelled due to the coronavirus outbreak.

“Sometimes people have changed their mind and prefer to stay with their parents... or they have lost their job and the bank will not longer give them a loan,” Ippoliti said.

Tourism, like the economy and us all ultimately, will have to find a way of living with the coronavirus, perhaps for a long time.

How are cafes and restaurants going to ensure ‘social distancing,’ prevent large groups of people gathering in the narrow streets of the historic town centres tourists come to visit?

For tourism secretary Bonaccorsi, “this might be the time to move away from mass tourism, towards one more respectful of the environment

“You will not see the long queues outside the Colosseum you used to,” Bonaccorsi said.

The tourism association Corti also thinks the industry will have to change.

“Who will have the courage to get on a high speed Freccia Rossa (train) carriage filled with 80 passengers or a low-cost airline with 270?” Corti asked. — AFP