KUALA LUMPUR, April 11 — It's not often you find the pairing of braised mutton with wantan mee. I reckon the most unusual I have tried is braised beef at Ho Weng Kee, the noodle shop that used to be at Petaling Jaya SS2.

Even Fun Kee Bamboo Noodle House located at Sungai Besi that offers a wide variety of toppings for their noodles such as beef tripe and ginger duck, doesn't serve a braised mutton version.

At this stall located in Bandar Sri Permaisuri, this couple carries on a 30-year-old tradition. According to "Ah Teng", the lady owner, the recipe for the braised mutton is her Hainanese father's.

He had ties also with Koon Kee in Petaling Street, which is where he picked up his wantan mee skills.

I sampled three types of wantan mee from the stall. The must eat is definitely the braised mutton version for RM11. 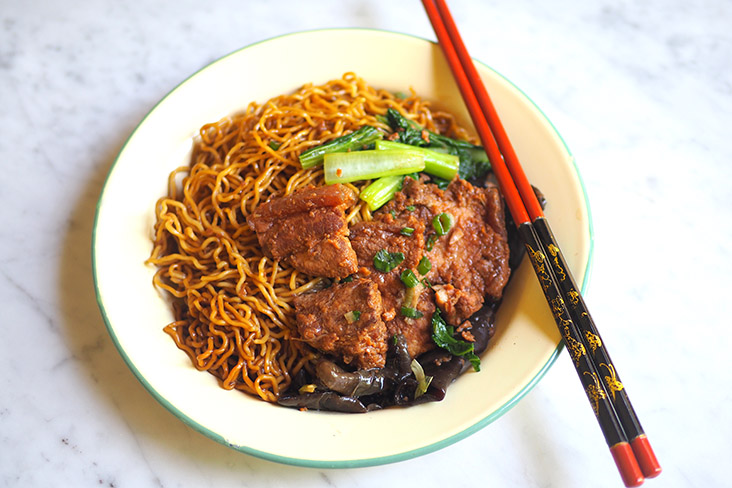 It's also been hard for the couple to keep the pricing down since meat prices have gone up tremendously in recent times. You get tender chunks of the stewed meat that pair well with the springy egg noodles.

I especially like the combination of the sauce from the braised meat with the dark soy sauce and lard, making the noodles slurp worthy to the last strand.

If you're not a fan of mutton, their char yoke wantan mee (RM7.50) is also delicious. The noodles are topped with tender pieces of pork belly with crunchy wood ear fungus. 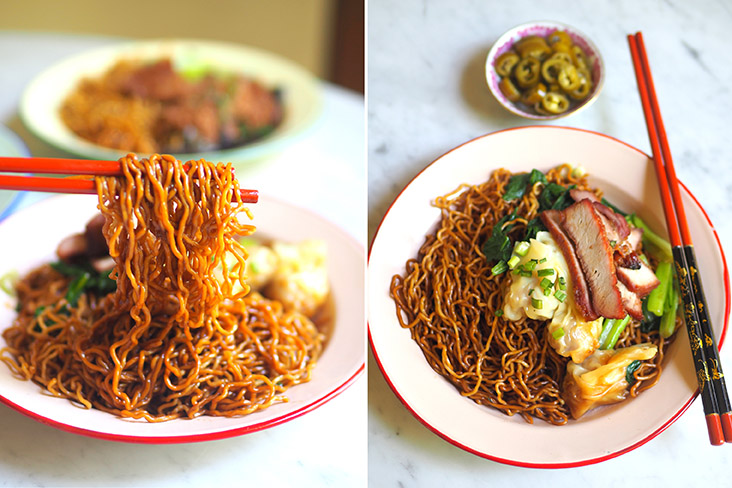 The egg noodles have a nice bite to them and they don't clump together (left). In contrast, the 'char siu wantan mee' version pales in comparison to the more unusual combinations (right)

You also have the typical char siu wantan noodles (RM7) offered here. Their version is with lean pieces of char siu and pork filled wantans.

Coincidentally, the coffee shop also has a stall selling Petaling Street char kway teow. It's run by an elderly couple who told me they used to operate around the Jalan Sultan area. 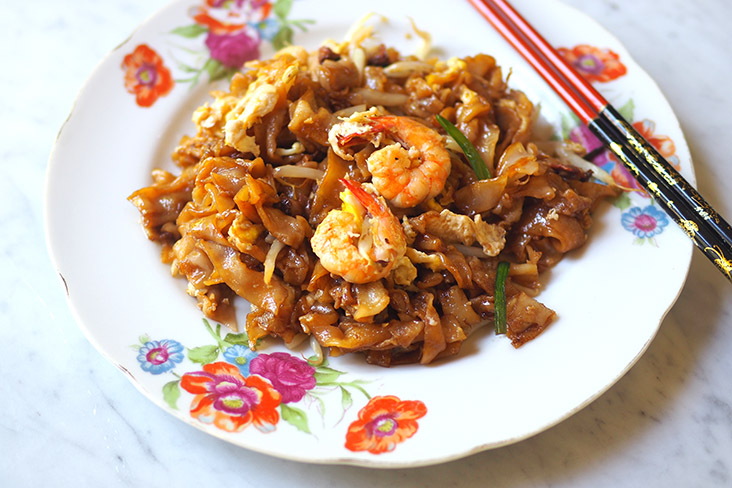 The area where this corner coffee shop is located is bustling as there is a branch of the Road and Transport Department here. Parking can be quite scarce as it's a busy spot. It's also next to the LRT station for Salak South.