From pretzels to Hainanese bread, these KL baristas turned bakers will have you going, ‘I can’t believe this is sourdough!”

KUALA LUMPUR, Aug 3 — If there is one thing that brings back memories of Munich for me — the Biergartens in summer, the open-air food market a brisk walk from Marienplatz (where visitors gather to watch twice-or-thrice-a-day Glockenspiel performance), and yes, even the touristy Oktoberfest – it’s an honest-to-goodness Bavarian pretzel.

Twisted into symmetrical and intertwined bows, the traditional Bavarian pretzel is first dipped in lye and sprinkled with coarse salt right before baking. The result is an appetisingly shiny brown crust, perfect when served with just-boiled Weisswurst sausages and sweet mustard.

So it’s a delight to not only find a marvellous rendition of die Brezel closer to home, but also astonishing to realise it’s leavened by a sourdough starter. Include a mixture of organic whole grain spelt, and what you have is a pretzel with surprisingly nutty flavours. 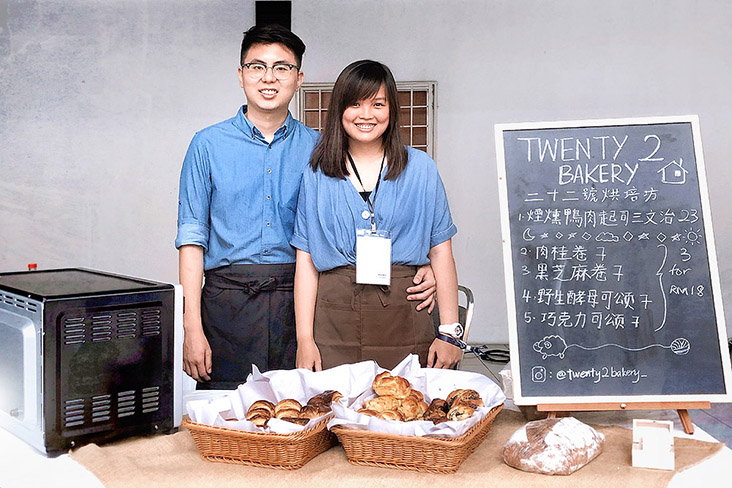 I had first met Ang years ago when he worked at Three Little Birds Coffee; he had joined right after graduating. (Yap is still currently working as a barista there.) Even then, you could see the seeds of entrepreneurship burning in him.

But the road to fulfilling one’s dreams can be circuitous; the point is to persevere and one shall prevail.

Ang recalls, “I opened a café in 2016 and decided to quit after a year. Then, Yee Teng and I both agreed to open a home-based, online bakery in June 2018. Why Twenty-Two? It’s named after our house number, actually.”

One of the reasons Ang and Yap created Twenty-Two Bakery was to enable more people to enjoy sourdough bread. The challenge, they reckoned, was that though most knew that sourdough is healthier (i.e. easier to digest, low GI index, etc.), its crusty and chewy texture, coupled with a slightly sourish taste didn’t appeal to broad swathes of the Asian population. 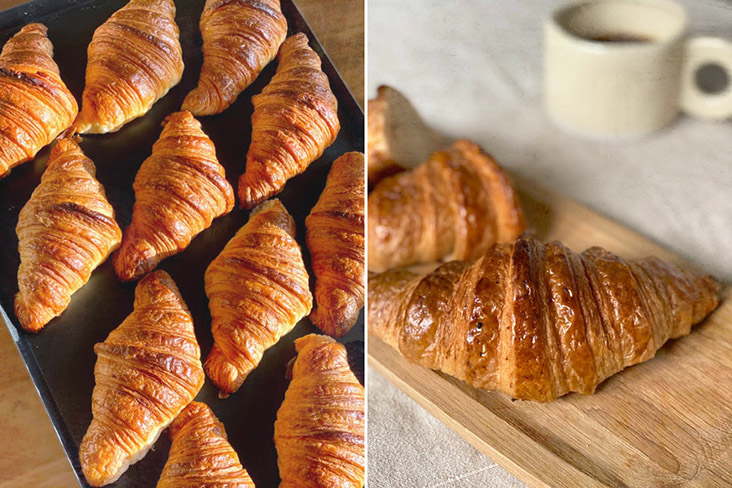 Rich, buttery and crispy croissants made with sourdough (left) and spelt (right).

Ang shares, “We didn’t want to just bake a ‘healthy’ sourdough but one that was delicious and flavourful for the whole family, from grandparents to young kids. Therefore ‘Creating a sourdough that Asians can enjoy’ was our concept from the very beginning.”

Baby steps were required, however. Twenty-Two Bakery wasn’t 100 per cent sourdough when they first launched. When it came to soft breads, sourdough simply wasn’t an option... yet.

Ang explains, “There are three ways of leavening bread: commercial yeast (or yeasted), a combination of yeast and sourdough (or hybrid) and 100 per cent sourdough. Most bakeries are baking European style sourdough with sourdough starters but soft bread with either the yeasted or hybrid method.”

Ultimately, it took them nearly two years to become a fully sourdough-based bakery: “One hundred per cent sourdough means you bake everything with your sourdough starter, with no commercial yeast at all. Not even 0.0001gm.” 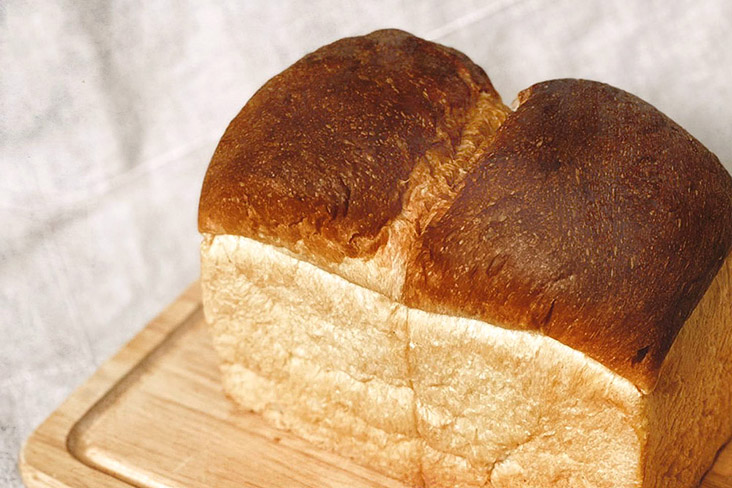 The transformation was gradual, as one might expect. They began with a sourdough version of Hainanese bread as they felt it would be a bread all Malaysians recognise and love, before moving on to brioche, wheat honey loaf and eventually pastries.

“Sourdough pastries are a great challenge,” Ang admits. “It took us about  two and a half years to finalise our current croissant recipe. To understand why we spent so much time making 100 per cent sourdough croissants, just give them a try and you will see.”

Another way Twenty-Two Bakery stands out from the sourdough crowd is their passion for ancient grains that have never been hybridised or genetically modified, and how these may provide more nutrition and flavours than conventional wheat.

To this end, the duo have begun sharing their knowledge via a series about grains on their Instagram Stories, introducing a different type of grain every two weeks as well as related breads that can be made with specific grains. “All the grains have different flavours and characteristics,” Ang says. “Khorasan has a buttery sweetness, buckwheat is earthy while spelt is nutty and malty. Rye has a bold and sweet flavour. Emmer is buttery and einkorn has more a complex wheaty flavour.”

By first identifying the grains’ flavour profiles, the duo can then decide how best to showcase them.

For instance, spelt is used in their country loaves and croissants for its malty nuttiness; in terms of flavour combinations, spelt flour is also incorporated in soft rolls and paired with peanuts and dried mango.

Ang shares, “The experience of working in the specialty coffee industry allowed us to break down our breads into flavours, taste and texture. We developed 29 breads with six types of grains in only two months!” Christmastime 'pannetone' can come in variety of flavours.

Twenty-Two Bakery’s operations were rudimentary at first. Ang recalls, “We first started as a pop-up store at a monthly farmer’s market at The Waterfront, Desa ParkCity until the pandemic hit. We also supply our bread to cafés around Klang Valley – those that value real, wholesome food made with quality ingredients minus any additives, and their relationship with suppliers.”

Festive breads were one way for Twenty-Two Bakery to solidify their position in a saturated sourdough market. They were one of the earliest to sell panettone, a cylindrical sweet bread originating from Milan, which proved a hit during Christmas.

This year, they introduced their sourdough hot cross buns and miniature Colomba di Pasqua (a type of Italian Easter bread; its name means “Easter Dove”). These, too, were warmly welcomed by eager customers during Easter. 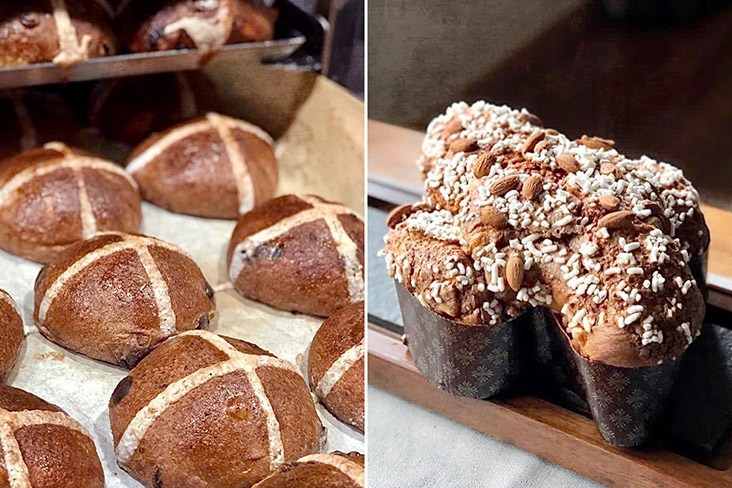 Moving forward, the duo are looking for a suitable space to open a brick-and-mortar bakery as well as collaborations with other brands. Partnering with the right people remain key as Ang observes, “With someone who can understand your concept and share the same direction... you will definitely learn from each other.”

Continuous learning is something their customers are appreciating too.

When I first had a bite of Twenty-Two Bakery’s Hainanese bread, so taken I was by its softness but also depth of flavours, including a subtle and pleasing sweetness, that I thought to myself: I can’t believe this is sourdough! 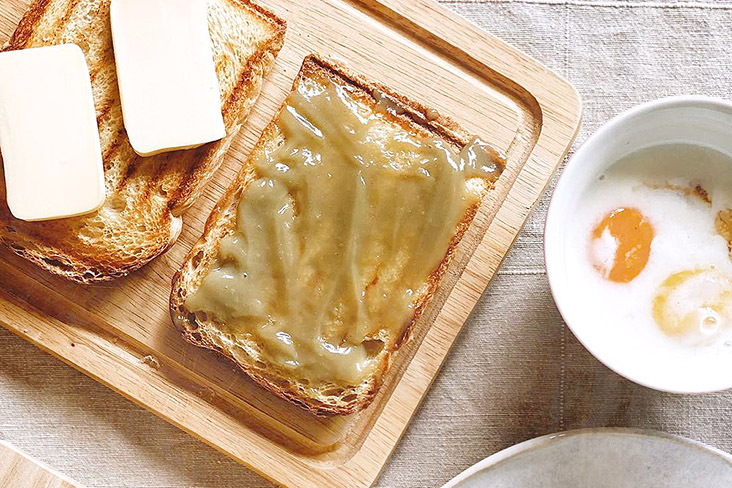 If Ang and Yap had their way (and it looks like they’re moving consistently in the right direction), soon more of us will savour the many faces of sourdough beyond just “crusty, chewy and slightly sourish.”

We’ll all be going — I can’t believe this is sourdough! — and then take yet another happy bite.