A Kazakhstan chef celebrates the horse: In four dishes

Horse on a Stone, one of Line Brew’s most popular dishes, is cooked on a smooth, flat stone imported from Italy. ― Pictures by Jo Turner/Zester Daily
Follow us on Instagram, subscribe to our Telegram channel and browser alerts for the latest news you need to know.
By By Dave Hazzan (Zester Daily)

NEW YORK, Dec 8 ― Out of the Central Asian steppe, Kazakhstan's purpose-built capital, Astana, rises like Superman's Fortress of Solitude. Though it's only November, there is already a foot of snow on the ground, and the wind chill is -30 F.

But inside Line Brew restaurant's stone walls, it is perfectly balmy. Built into an old pump house, Line Brew is one of the few buildings in Astana that isn't brand new ― it looks like a medieval Czech castle, with its six-story turrets and flaming hearth on the first floor. And it's here that Restaurant Director Gulmira Zhakupova explains how horsemeat, Kazakhstan's traditional source of protein, has evolved into the 21st century.

A traditional source of protein

The major ingredient is horsemeat. All parts of the horse are boiled, and then a large, flat, thin noodle is boiled in the stock. It is then served all together, with onions on top, and eaten with your hands ― beshbarmak means “five fingers.” No celebration ― no wedding, funeral or other feast ― is complete without it. 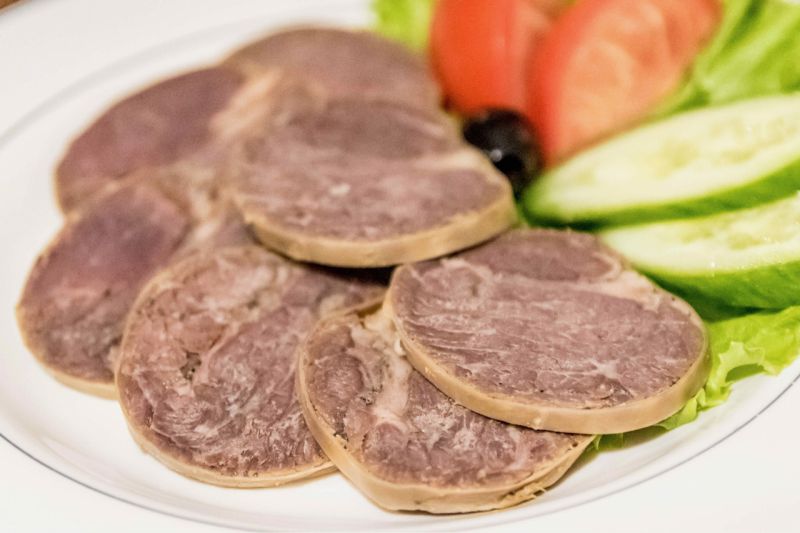 From sausage to steak

Line Brew doesn't serve beshbarmak, though plenty of other restaurants in the city do. Instead, they've specialised in four other dishes that bring out the taste and texture of horse in less traditional ways.

The first is Kazy, a sausage that uses rib meat stuffed into the horse's intestine. The ratio of fat to meat can vary, but Zhakupova prefers a leaner version, salted and rubbed with garlic, eaten cold with raw vegetables.

Then there's the horse steak, a two-inch thick slab of T-bone rubbed with salt and pepper only, and served with a demi-glace sauce with whole pink peppercorns. It's fried in the pan on both sides, then put in the oven.

Though perfectly tender, the steak doesn't compare to the horse shashlik, which you can cut easily with a butter knife. Roasted on skewers, it's served with a spicy Caucasian sauce called ajika, made of tomato and hot peppers.

The pièce-de-résistance, however, is the Horse on a Stone, one of Line Brew's most popular dishes and one that is as foreign to Kazakhstan as horse steak is to most Americans. A smooth, flat stone, imported from Italy, is heated to 750 F in a special oven, and brought out on a porcelain tray straight to the table.

The meat is marinated in sea salt, regular salt, black pepper, paprika and vinegar. The guests cook it themselves at the table, Korean-style, for anywhere from one to three minutes, depending on how well-done they like their meat ― like beef, horse can be eaten anywhere from raw to very well-done. Also like beef, most people prefer it somewhere in the middle. 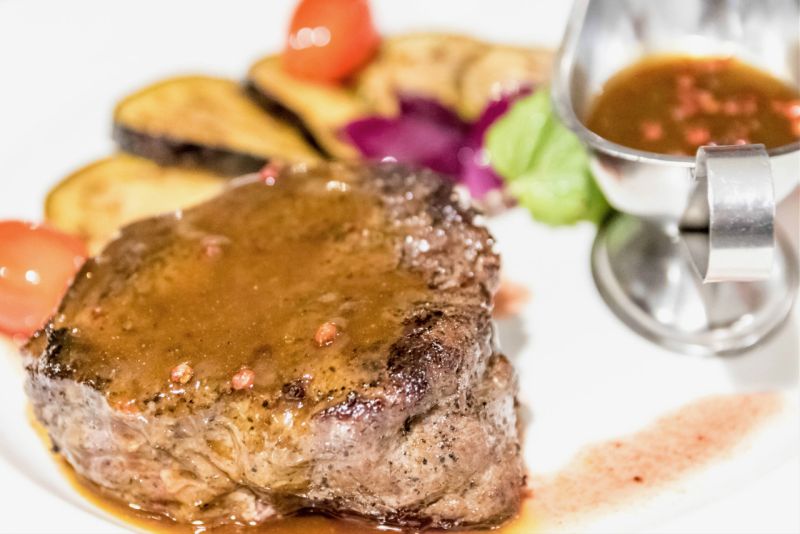 At Line Brew, horse steak is served with a demi-glace sauce with whole pink peppercorns.

The Kazakh predilection for horse goes back to the people's roots as nomads. Before the Russian Empire, and later the Soviet Union, forced the Kazakhs onto farms and into cities, they rode year-long across the steppe, with great herds of horses.

“They lived that way of life, and horses were always with them,” Zhakupova says. “It was very interesting, because they have a lot of horses. First they would ride one, then they would eat [it], so they'd change and they'd start riding another one.”

Contrary to what might seem logical, they did not ride them until they were too old and then eat them. “The older a horse becomes, the less tasty it is,” Zhakupova says. Steak and skewers are cooked at Line Brew.

Zhakupova refuses to recommend a wine or beer to pair the horse with, insisting it's up to everyone's own taste ― but after some prodding, she admits it goes well with a red wine like Nera d'Avola. Tea also complements it very well.

Despite our vigorous opposition, citing journalistic ethics, Zhakupova refused to allow us to pay for the food we sampled. “It's Kazakhstan!” she says, laughing. “It's our nature, it's our tradition to welcome guests, to give food to them.”

“In Kazakhstan, it's the only way,” our translator told us later. “Even if you say no, you will get it.” ― Zester Daily/Reuters