The muhibbah factor: Reunited for the love of cendol and rojak in Kajang

KAJANG, April 24 — It has been said that the one thing that unites us Malaysians is our love for food. In Kajang, under a canopy of red lanterns at the 146-year-old Shen Sze See Yar Kajang temple, you will find everyone gathering for a simple meal of rojak, Maggi mee goreng or even mee rebus.

To finish off this simple but delectable meal, a cool bowl of cendol or air batu campur (ABC) to beat the crazy hot weather.

Boasting a legacy of 30 years, this eatery started out as a humble roadside stall run by the late Hameed Dawood who only peddled cendol. About 20 years ago, the temple offered him a space within their grounds. The rojak features a milder tasting sauce but it comes with lots of vegetables, fritters and a hard boiled egg (left). The perfect pair: Delicious Maggi mee goreng and cool cendol kacang (right).

With the larger place, he decided to expand his offerings to include fried noodles, rojak and mee rebus. Hameed died about 16 years ago and the stall is now run by the second generation — Hameed’s eldest son Syed Abu Thahir, 34, and his son-in-law, Zabar Ali, 45. Hameed’s cendol legacy has also been passed down to his other two sons who have stalls in Sungai Tua and Sungai Jelok, all within the Kajang area.

According to Zabar, nobody is fussed about the stall being in a Chinese temple and it’s popularly known as Cendol Tokong. As he says, “Cina, Melayu dan India sudah lama datang kerana tempat bersih dan ada carpark.” (The Chinese, Malays and Indians have patronised this place for a long time as it is clean and there’s a carpark). Syed Abu Thahir is in charge of making the cool cendol and ABC (left). Ask for the cendol special with everything in it (right).

Temper a scorching hot day with a bowl of their refreshing cendol. What makes it exceptional is the thick brown syrup they add to the shaved ice and coconut milk mixed with the soft cendol strands. The glossy syrup has a floral hint that makes it so irresistible when mixed with the coconut milk. A popular order is the cendol kacang with a spoonful of their soft cooked red beans.

If you’re looking for heavier dessert, ask for the cendol special which comes with everything mentioned plus a scoop of soft pulut or glutinous rice. 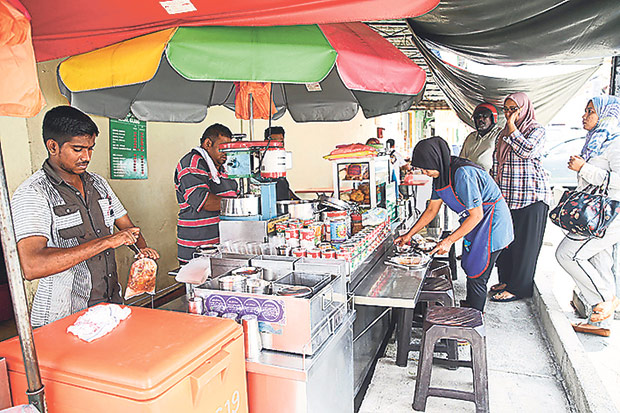 You can also sit in front of the stall to watch the shaved ice action.

The stall also serves ABC; finely-shaved ice doused with thick canned lychee syrup, rose syrup and a dash of evaporated milk to give it a touch of creaminess. Dig underneath the mound of shaved ice to discover orange-coloured jelly strands made in-house, soft cooked small red beans, peanuts and canned corn niblets. If you like, ask for the cendol strands to be added on top of your ABC. 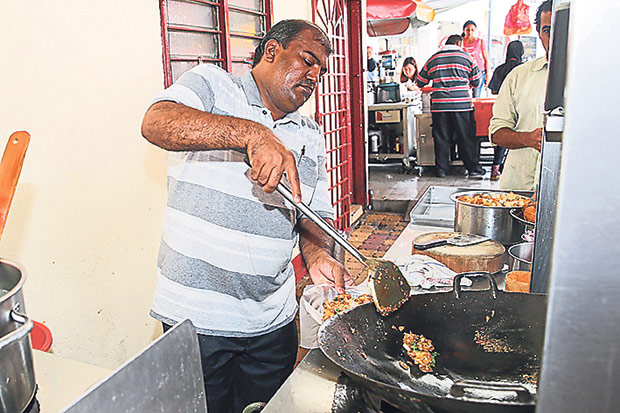 For a light meal, the must-eat is the excellent Maggi mee goreng fried by Zabar. The curly strands of noodles are perfectly cooked with an al dente texture that is absolutely delicious when paired with roughly cut potatoes, tomatoes, chillies, bean sprouts, shredded cabbage and fried bean curd slices. For a slight tangy taste, add a squeeze of calamansi lime juice over the noodles and dig in.

The rojak served here tends to have a milder creamy taste. You will find hard boiled eggs, a mixture of vegetables like cucumber and bean sprouts, fried bean curd puffs and fritters in the rojak. With the hot weather, one bowl of cendol is not enough so quench your thirst further with a glass of their lychee lemon drink, a mixture of thick lychee syrup and freshly squeezed lemon juice.

From 4pm onwards, there is a dai chow that opens for business on the temple grounds. It’s a popular place for the Kajang residents who simply call it the “temple restaurant” and has about 40 years legacy. The draw here is their old school Hokkien fried noodles that uses homemade noodles with a chewier texture. Other recommended dishes include fried tang hoon or glass noodles and loh mee. 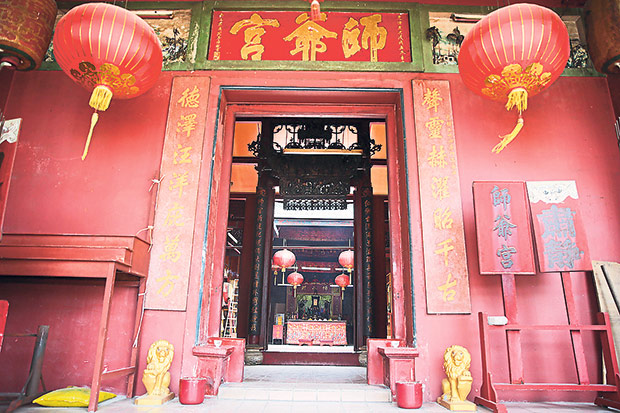 The front of the Shen Sze See Yar temple faces the riverbank.

History buffs will also enjoy visiting this temple that was originally founded in 1870 at Rekco (they moved to Kajang in 1892) that is linked to Sin Sze Si Ya Temple in KL, one of the oldest traditional temples in the city which was founded in 1864 by Kapitan Yap Ah Loy.

Lee Kim Sin who is the advisor for the Kajang temple and also the director of the Kajang Hulu Langat Heritage Centre shed some light on the origin of this temple which can be traced back to the Kapitan Sungai Ujung Seng Meng Lee.

Kapitan Yap Ah Loy thought of him as a mentor and when he died in 1860 during the war, his followers honoured him as a deity in the temples. 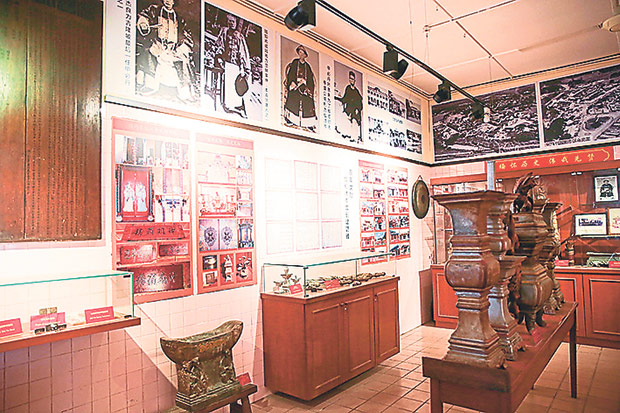 History buffs can trace the origins of this temple to Kapitan Yap Ah Loy and the popular Sin Sze Si Ya temple in KL.

The first temple was started in Rasah, Seremban. So far Lee has traced around 26 temples in Peninsular Malaysia founded by the tin mining community which feature the deity. These include temples as far north as Sungai Siput while down south, the furthest temple is located at Bukit Mor in Johore.

You can also find the temples on the east up to Gambang, Pahang. Located within the Kajang temple, there’s a small exhibition on the history of the temple.

Next door to the temple, you will find the Kajang Heritage Centre that traces the history of the development of Hulu Langat district which is operated by Lee. The place is open to the public every Saturday from 10am to 4pm. For an appointment, you can email [email protected]