KUALA LUMPUR, Nov 26 — Fans of the hit Kampung Pisang franchise can now kick back and catch more of the supernatural adventures on television.

The 12-episode series will feature characters from the Kampung Pisang franchise such as Pak Jabit and Husin from Zombi Kampung Pisang that will be played by actor Aziz M.Osman and seasoned rock singer Awie.

Apart from that, Dewa Sapri will also reprise his role as Cik Purnama and Barkoba from Mamat Khalid’s 16 Puasa telemovie played by Nasrizal Ngasri will also be making an appearance.

The series will also introduce a few new supporting characters and one of them is ‘Pak Karim’ that will be played by Film Directors Association of Malaysia (FDAM) president, Ahmad Ibrahim.

Kampong Pisang Bersiri-Siri will focus on the antics of residents from Kampung Pisang who experience mysteries and problems from the supernatural including the Toyol, Hantu Rempit, werewolves, zombies and even aliens.

Besides that, Mamat who is known for his subliminal implications through his previous movies said that Kampong Pisang Bersiri-Siri will touch on general issues with stronger dialogue while maintaining a balance of perspectives.

“In this series, I felt more encouraged to speak up. All the stories that I’ve featured in this series are kind of strong because I think that maybe it’s time for us to tell the real situation in our society.”

“Although we’ve touched on sensitive issues but we’re still keeping the balance, so that people can be more open to our humour and comedy,” Mamat said.

Astro Shaw and Nusantara head Raja Jastina Raja Arshad said the series had high production quality that was the same as films which made it unique and original.

“We hope that the Kampong Pisang Bersiri-Siri can deliver satisfaction to the viewers while also improving the qualities of drama series in Malaysia,” she said. 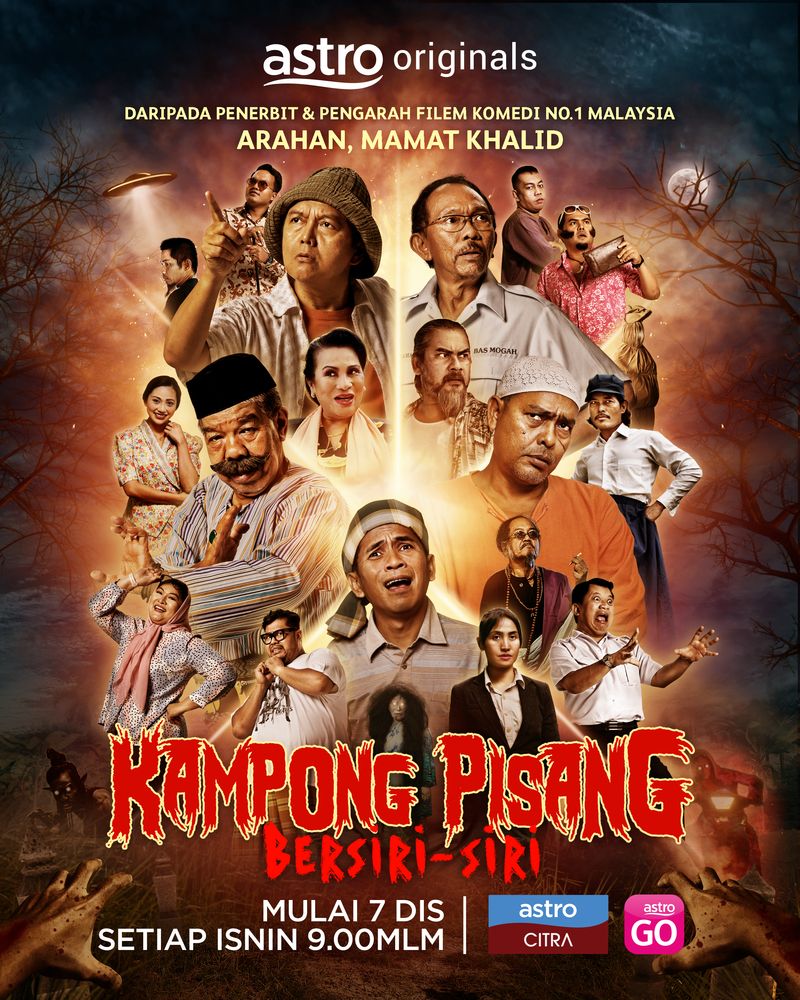 Kampong Pisang Bersiri-Siri is based on the top local comedy film franchise by Mamat which has a total box office collection of RM56.9 million across all five of the Kampung Pisang franchise.

The franchise includes the 2007 Zombi Kampung Pisang which has collected a sum of RM2.4 million, the 2010 Hantu Kak Limah Balik Rumah which collected RM8 million and the 2018 Hantu Kak Limah which ranked as the highest with a total collection of RM38.6 million.