Monkeypox virus: Govt has no plans to close country’s borders

‘I can’t do much more’ to win Ballon d’Or, says Benzema

For reasons unknown, many young kids try to show off their riding prowess as they glide on highways doing a ‘Superman’ pose on their bicycles. ― Screengrab via YouTube
Follow us on Instagram, subscribe to our Telegram channel and browser alerts for the latest news you need to know.
By IDA LIM

KUALA LUMPUR, April 23 — Hauling parents to court for offences of neglect or exposing their children to danger over the latter’s “basikal lajak” activities — racing illegally modified bicycles without safety features such as brakes — may not be straightforward and could even end up doing more harm than good, lawyers have said.

Malay Mail spoke to several human rights lawyers on whether parents could be held responsible under the Child Act for their children’s involvement in “basikal lajak” activities, and whether there could be other practical solutions.

This is in light of renewed focus on the case of eight of 30 “basikal lajak” users who died in 2017 at 3.20am in Johor after a driver crashed into them, as questions were raised on why the minors were out on the road at such an hour.

Lawyer Ranee Sreedharan agreed that the Child Act could be applied on parents of children carrying out basikal lajak and other illegal activities, saying that this is “especially if the parents neglect the child and this causes the child physical or emotional injury or death”.

The Child Act 2001’s Section 31 covers the offence of neglect or exposing a child in a way likely to cause him physical or emotional injury, with a parent or guardian deemed to have neglected the child if he fails to provide adequate food, clothing, medical or dental treatment, lodging or care for the child. This is punishable by a maximum RM50,000 fine or maximum 20-year jail term or both.

Section 33 of the Child Act covers the offence of a parent or guardian leaving a child without reasonable supervision, or for an unreasonable period or under unreasonable conditions having regard to all the circumstances. This is punishable by a maximum RM20,000 fine or maximum five-year jail term or both.

Ranee said the relevant scenarios would be if the harm is foreseeable, with Section 33 being more applicable to cases involving children having “basikal lajak” activities.

Asked about Section 31 and Section 33, Ranee said: “The above sections can be applied if the harm is foreseeable hence if a parent and or guardian neglects the child and it is foreseeable that the neglect will expose the child to physical or emotional injury then the parent can be held responsible. It is also subject to the test of reasonableness.”

For “basikal lajak” and other illegal activities involving a child, Ranee said it will be both the children involved in the activities and their parents that bear the responsibility.

“Children over the age of 10 or more specifically age 12 are held to have attained the age of criminal responsibility as prescribed in Section 82 and 83 of Penal Code [Act 574].

“However, since any person below the age of 18 is considered a child, hence the parents would also be held responsible for their children under the age of 18 if they fail to provide supervision of the child,” she said.

The Child Act generally defines a child as a person who has yet to turn 18 years’ old, or a person who has reached the age of criminal responsibility according to Section 82 if it involves criminal proceedings.

Section 82 states that actions by a child below the age of 10 are not an offence or provides they are not criminally responsible for such actions, while Section 83 requires a child aged between 10 to 12 to have attained sufficient maturity of understanding to judge the nature and consequence of his conduct before the child’s actions are considered an offence.

Asked what may amount to a lack of reasonable supervision, Ranee said this could include “not spending enough time with the children and not being able to guide and educate them to be responsible”, as well as “not teaching them about the nature and consequences of their acts”.

“If the parents had proper supervision they would be able to discover the propensity of the child and also be aware that the child has modified his bicycle.

“If however, the child has hidden his bicycle and sneaks out at night without his parents’ knowledge, it would be difficult to hold the parent responsible,” she said.

“If they are unable to control their children, Section 46 provides for children beyond control whereby the parents can seek intervention of court and or social welfare officers to assess the situation and provide for some form of remedial action,” she said, referring to Section 46 of the Child Act.

However, Ranee also noted that “punishing the parents will compound the problem”.

Asked what solutions would be effective and in the best interests of the children to prevent them from being involved in “basikal lajak” and posing a danger to themselves and road users, Ranee cited education.

“There must be proper enforcement of the law. ‘Basikal lajak’ menace has been going on for a long time and it should not have been allowed to continue until this tragic event happened whereby eight young children died.

“A healthy relationship, proper education, also teaching children to be responsible and caring members of the family and society will go a long way to create a better environment whereby children can thrive and live a better life,” she said. 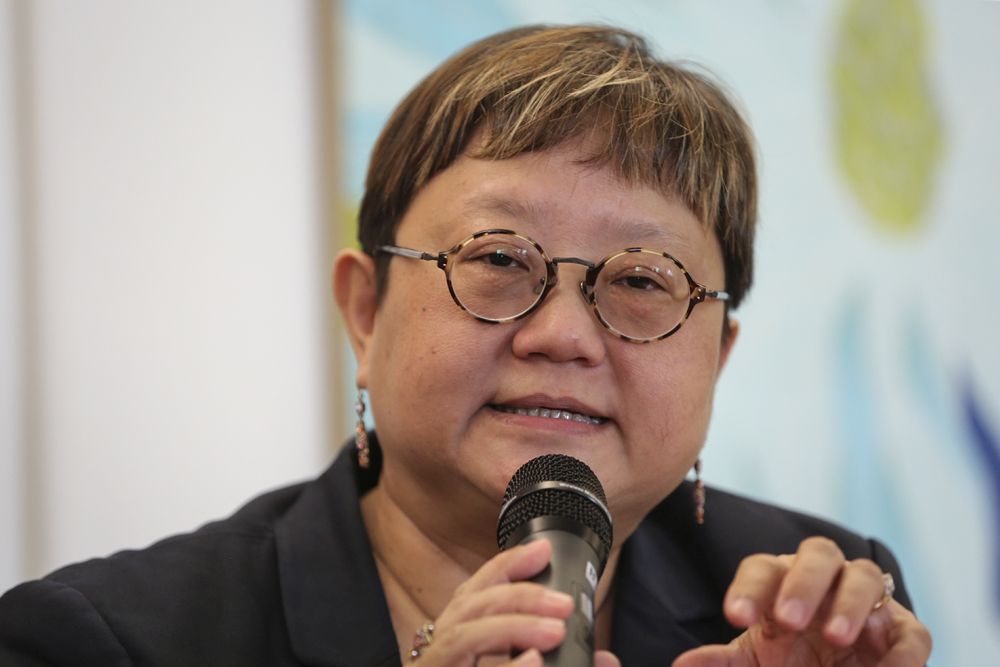 Lawyer Honey Tan agreed that imprisoning parents could worsen the problem as it could cause parent unavailability to supervise, and agreed that it could quite possibly penalise parents with a lack of resources to provide sufficient supervision. — File picture by Azneal Ishak

Lawyer Honey Tan explained that common examples of “neglect” under Section 31 would include “leaving children without food, drink or care such as cleaning them, bathing and changing of clothes in the case of very young children”, while lack of supervision under Section 33 would differ from case to case and “factors to consider would be age of the child, whether the child has disabilities, and how long the child was left unsupervised”.

However, Tan said she did not believe the provisions of Section 31 and Section 33 covers the “basikal lajak” situation, noting: “Those children chose to go out in the very early hours of the morning to carry out those activities. There is no evidence to suggest that the parents allowed or agreed to their children carrying out these activities.”

“There are so many tragedies in this case: punishing the parents would do them and society more harm than good,” she added.

Asked what would be the possible problems of using the Child Act against parents whose children became involved in “basikal lajak” activities, Tan noted : “The parents themselves may be in need of assistance, be it parenting skills, counselling, therapy or financial. The pressure on parents to keep their families fed and clothed in these extremely difficult times cannot be underestimated.”

She agreed that imprisoning parents could worsen the problem as it could cause parent unavailability to supervise, and agreed that it could quite possibly penalise parents with a lack of resources to provide sufficient supervision.

Tan said she does not agree to criminalising the behaviour of parents for their children’s actions, and said the victims could instead choose to file lawsuits to seek compensation.

“If at all, victims may file civil suits against the children and their parents for tortious acts in the event the elements of the torts can be established,” she said.

Tan pointed out that “basikal lajak” is merely the latest iteration of something “more deeply wrong in our society”, noting that Malaysia already had the phenomenon of “lepak” or loitering and “Mat Rempit” or illegal street racers or motorcycles.

“It is very rare that parents would want to harm their children. 'Basikal lajak' cannot be equated to criminal activities such as theft, drug dealing or violence. In the 'basikal lajak', 'lepak' and 'Mat Rempit' type of scenarios, there are bigger questions to ask.

“Why are such behaviours manifesting, and what is the government doing to deal with it? Could it be poverty? Or lack of spaces for activities that the young really want to do? What is happening to our education systems that are not engaging or interesting to our young? These are just a few questions to consider,” she said.

Asked if it would be ideal to impose a curfew, Tan said: “No, we have to deal with the root causes of those behaviours. Such draconian and restrictive responses are not proportionate to what ought to be 'cured'.”

Asked about situations such as where it is a single-parent household or where both parents are working and cannot afford to have a babysitter and there are no other adults in the family or community to help keep an eye on the children, Tan said the government and even Muslim charitable institutions could provide help.

“In these scenarios, the government must step in. It's not just the work of the Women's Ministry. What are the National Unity Ministry and the Ministry of Youth and Sports doing to deal with these social ills? For Muslims, I believe Baitumal must step up and give more funds to families in need,” she said.

For parents who have difficulties or lack resources to supervise their children, Tan also suggested that politicians and policymakers could talk to non-government organisations and academics to come up with solutions. 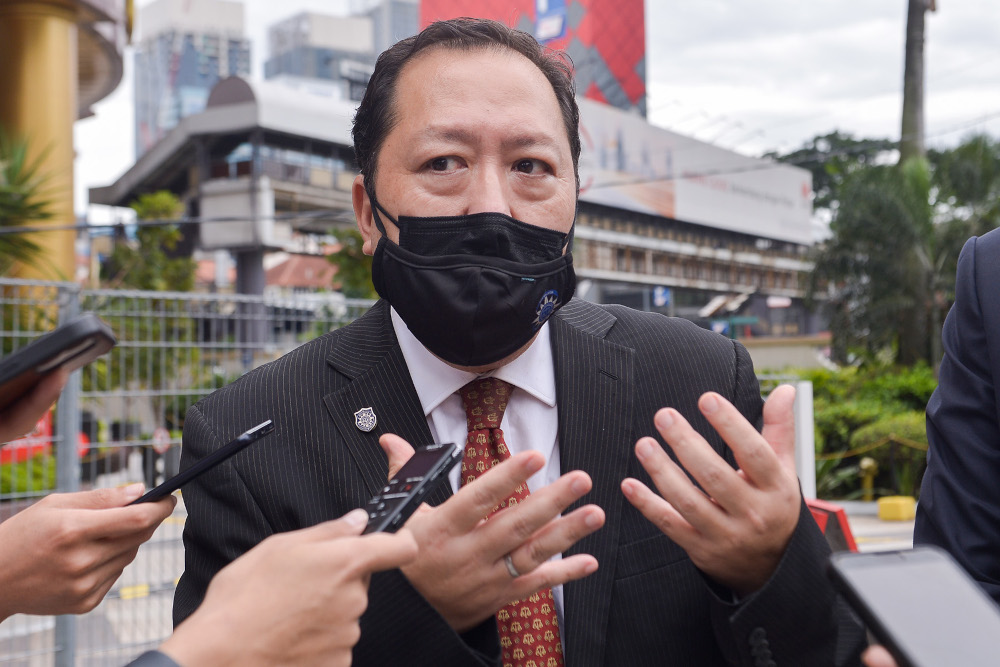 Lawyer Andrew Khoo noted that there are provisions in the Child Act to prosecute parents for exposing their children to danger, as well as to remove children from their parents’ custody. — Picture by Miera Zulyana

Lawyer Andrew Khoo noted that there are provisions in the Child Act to prosecute parents for exposing their children to danger, as well as to remove children from their parents’ custody.

“If you recall JERIT’s 2012 ‘Rakyat Pengayuh Perubahan 2.0’ campaign, where a group of young cyclists were repeatedly detained as they cycled through peninsula Malaysia, the authorities did raise the issue of children being ‘exposed’ to danger, or being ‘neglected’, and whether the parents ought to be charged and/or the children taken into protective custody.  It didn’t happen in that instance, but it was raised,” he said.

Khoo said it would be important to show that the parents knew or had given their consent, but also indicated that wilful ignorance would not be a defence.

“Naturally, knowledge by and/or consent or acquiescence of the parents would be important.  One cannot be held responsible for something one does not know.

“Although the law does have the concept of ‘constructive knowledge’, where people ought to have known had they made reasonable inquiries.  This is to avoid any defence of not knowing due to wilful ignorance,” he said.

“So if you are a parent, proper supervision of your children is required.  And if a parent repeatedly displays a refusal or an inability to adequately supervise her/his child, then the law allows for the welfare authorities to step in,” he added.

Asked how proper supervision could be ensured such as when parents have limitations in resources or availability and when welfare authorities would step in as there could be children having their basic needs such as food met but carry out “basikal lajak” activities, Khoo said that will depend on the specific circumstances.

“The law is not prescriptive. Don’t forget, children are people too and have rights to recreation.  At the end of the day, people, including children, must act reasonably, according to their evolving capacities / maturity. The overriding guiding principle in the Child Act 2001 is what is in the best interest of the child,” he said.

What’s next for Malaysia’s plantation industry?

What’s next for Malaysia’s plantation industry?