KUALA LUMPUR, March 20 — The mood at the 2021 Umno General Assembly was noticeably more bullish than its two previous outings, with delegates in better spirits after back-to-back state election wins.

Although still subject to Covid-19 standard operating procedures (SOP), there were more people milling around the World Trade Centre Kuala Lumpur compared to last year, not forgetting the plethora of food trucks, shops and booths enjoying brisk business outside.

The second group, also known as “the ministers cluster”, is led by party vice-president Datuk Seri Ismail Sabri Yaakob, who reportedly wishes to remain as prime minister until next year.

These are Malay Mail’s main takeaways from the annual meeting, which concluded yesterday: 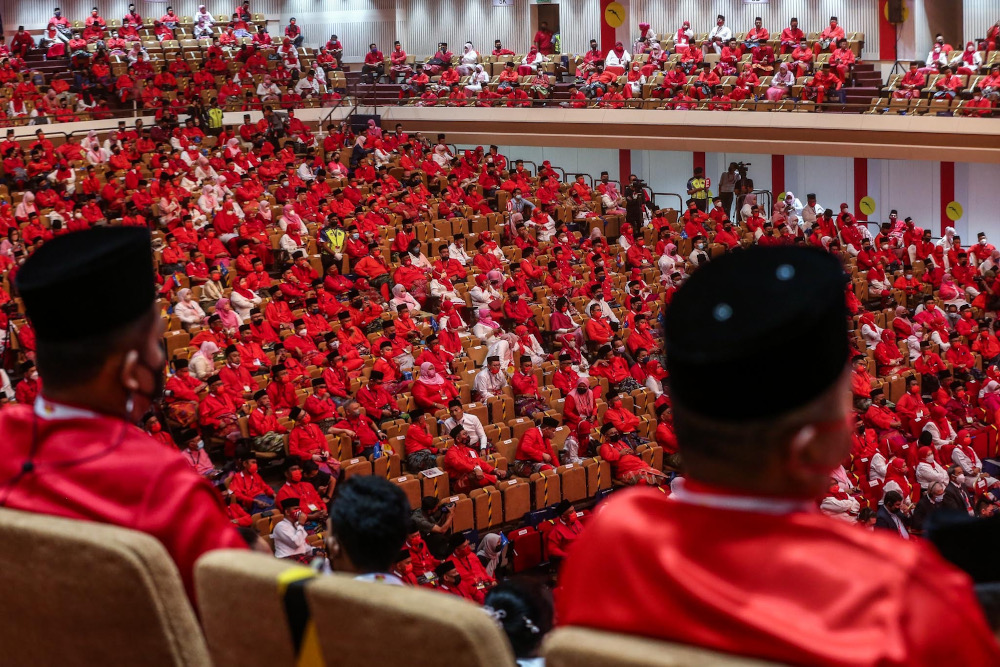 After its trouncing in GE14, the Umno General Assembly lost some of its lustre, resulting in fewer delegates, and less prestige and grandeur.

However, the party’s return to power two years ago, followed by its helming of the current government through the prime minister’s position a year later, has helped recoup much of that lost confidence.

“This year is better than last year as the pandemic is having less of an impact and the party is back to winning election after election,” Soffian Ahmad told Malay Mail.

The 36-year-old from Selangor, who is an ordinary member, said he was accompanying his uncle and cousins who are delegates.

Meanwhile, Masyitah Makrof from Johor said most of the delegation did not make it to Kuala Lumpur last year due to the pandemic, which had taken the shine out of the normally bustling event.

“The party is back. It is a reason to celebrate as we can now be stronger than ever,” the 46-year-old said to a chorus of cheers from passing Wanita Umno members in their requisite red headscarves. 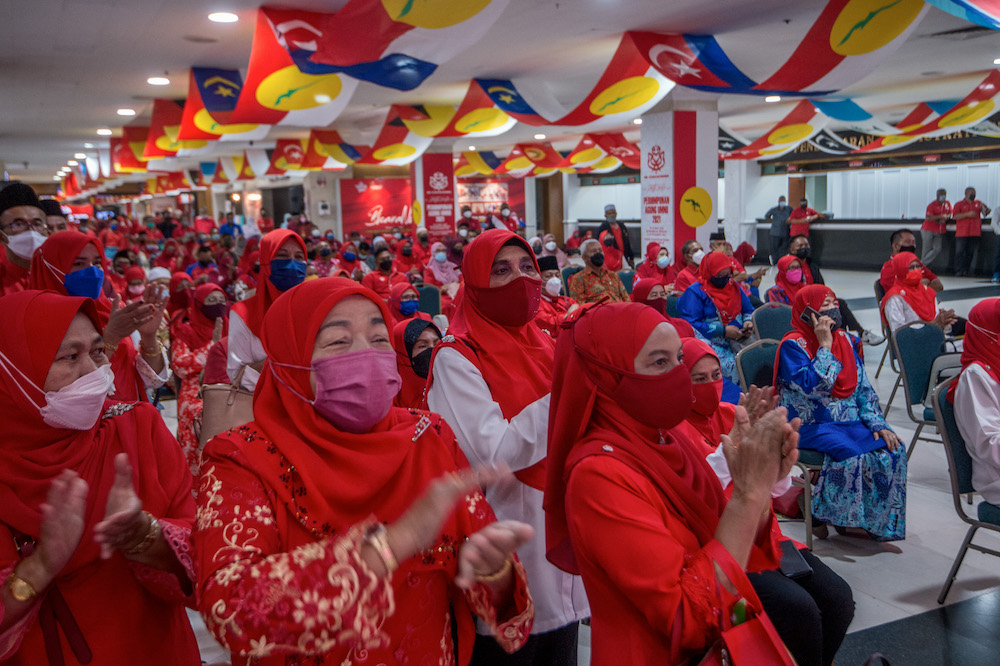 Indeed, the difference was audible, from booth promoters trying to attract potential customers and musicians playing tunes, to customers ordering something to eat from food trucks and the public approaching various party leaders for selfies.

The mood also indicated that Umno was back to its formidable self and bruising for a fight should a general election happen soon. 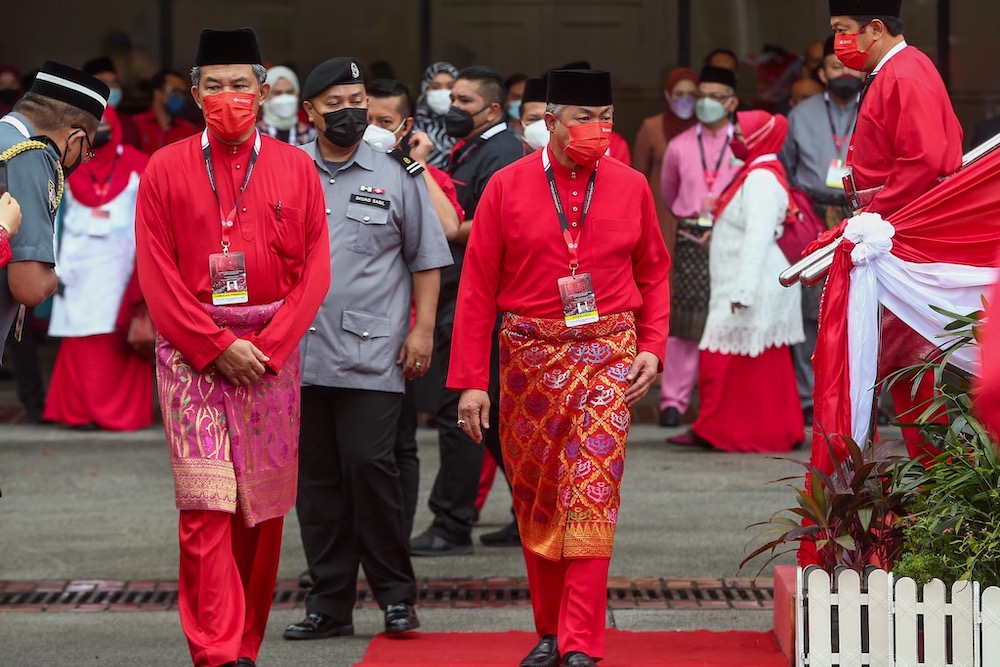 The call for a premature general election turned into a roar as the Umno General Assembly played out over the past four days.

Ahmad Zahid and his deputy — the party’s strategist and election director Datuk Seri Mohamad Hasan — were clearly eager to put the grand old party back in the driving seat of the country’s administration.

Despite speakers during the congress echoing this sentiment, some of Umno’s more prominent members, including federal lawmakers and ministers, did not reflect the mood of their president.

Multi-term Padang Rengas lawmaker Datuk Seri Nazri Aziz went so far as to chide those eager to see an early election for being “opportunistic” and uninterested in political stability.

In this regard, divisions among the top leaders of the veteran Malay-centric party remained very much on display.

The memorandum of understanding currently in place between the government led by Ismail Sabri and the Opposition also put the Umno prime minister in an awkward position, as one of its conditions is that Parliament will not be dissolved before July 31 this year.

For the first three days of the congress, the tension was palpable. But this appeared to ease yesterday, when Ismail Sabri delivered a winding-up speech filled with upbeat announcements, such as the implementation of the long-awaited RM1,500 minimum monthly wage. 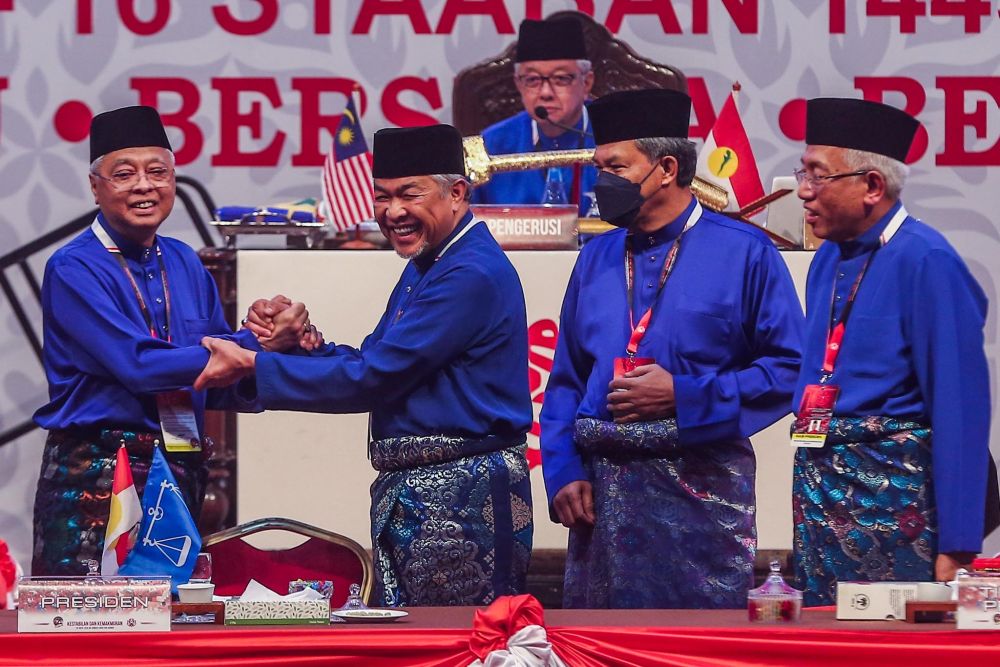 The amicable interaction between Ahmad Zahid and Ismail Sabri on stage, signified by pats on the shoulder and handshakes, was met by enthusiastic applause, both inside and outside the convention hall.

In fact, Ismail Sabri’s winding-up speech — which did not happen last year — received the biggest cheers from delegates, who shouted “Hidup PM!” and “Hidup Ismail Sabri” so loudly he was forced to halt his speech several times.

Also, on the final day, the term “Top Five” was thrown around a lot to convey the impression that the president, deputy and vice-presidents are all in sync. 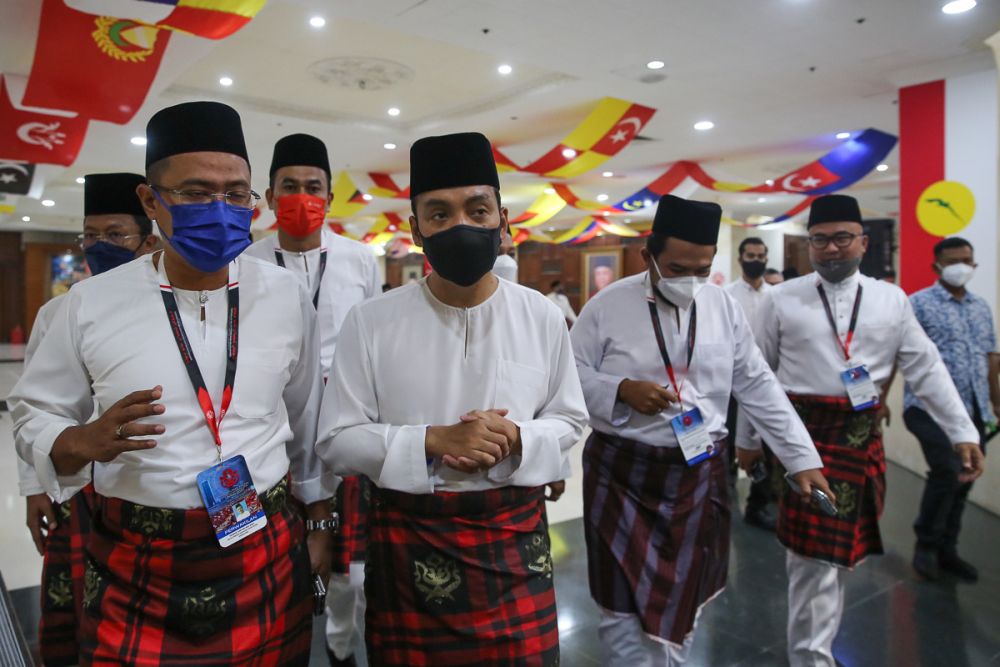 Expecting a guard of honour from their federal-level leaders, Johor Umno delegates expressed their disappointment over being barred from speaking during the party’s annual meeting.

When Malay Mail approached them, Johor Umno Youth leaders did not hide their dismay at the frosty reception, but admitted they were prepared to bury negative feelings for the sake of party loyalty.

During campaigning, the party had said it wanted Datuk Hasni Mohammad to reprise his role as mentri besar should BN win.

This initially drew ire from some factions within Umno, who felt Hasni should have been made mentri besar in return for securing the coveted state for the party.

Even Ahmad Zahid in his final speech to the general assembly yesterday acknowledged Hasni’s contribution to the victory, something almost everyone who was asked similarly agreed with.