KUALA LUMPUR, Dec 16 — Malaysians used to face the prospect of having only to pay up to RM1,000 in compounds for Covid-19 rule-breaking offences, but the maximum compound amount was increased to a whopping RM10,000 during the nationwide Emergency this year under temporary Emergency laws.

Now that the Emergency has ended and the Emergency laws have also ceased to take effect, one would have thought that the days of paying up to RM10,000 to compound Covid-19 offences is over.

But the maximum RM10,000 figure may be making a comeback, if MPs in Parliament vote to approve proposed changes to the law today.

There are many other potential changes to the law which will also affect companies, such as a proposed new maximum RM2 million fine for companies that break the Covid-19 rules and regulations.

Here’s a quick summary of what you need to know:

Act 342 is also known as the Prevention and Control of Infectious Diseases Act 1988, which is a law that was passed by Parliament.

This law gives powers to the government to act to prevent and control the spread of infectious diseases — including but not limited to Covid-19, and also includes the maximum compound amount and the maximum penalty that offenders may face.

This law also gives the health minister the power to make regulations under Act 342.

2. What is this word ‘compound’ all about?

The word “compound” should not be mistaken as a fine, even though there’s payment involved.

When someone commits an offence under Act 342, the authorities can choose to offer to let the offender compound the offence, in exchange for not being charged in court.

In other words, an offender can avoid being charged in court — where they may face heavier penalties such as fines or imprisonment — if they pay the compound amount offered. 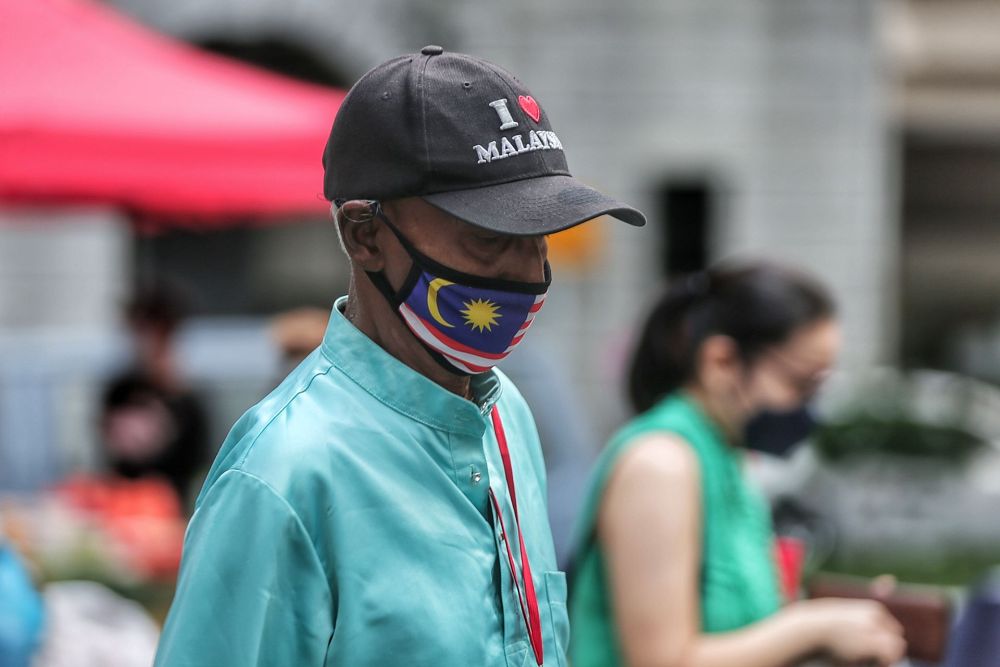 A man wearing a face mask is seen in Kuala Lumpur October 29, 2021. — Picture by Ahmad Zamzahuri

Under the existing Act 342’s Section 25, RM1,000 is the maximum compound amount that can be collected from an offender who commits an offence under Act 342 or breaks any of the regulations made under Act 342.

Since the Covid-19 pandemic began in Malaysia and from the very first movement control order in March 2020, Malaysians only had to face the possibility of paying up to RM1,000 to compound offences such as failure to wear face masks (although this maximum amount also caused difficulties for many who could not afford it in their financially-depressed situation.)

Malaysia was then placed under a nationwide Emergency from January 11 to August 1, 2021, with several Emergency laws known as Emergency Ordinances introduced.

Under the Emergency (Prevention and Control of Infectious Diseases) (Amendment) Ordinance 2021 that took effect from March 11, the government could offer up to RM10,000 compound for individuals and up to RM50,000 compound for companies.

After protests from Malaysians who felt RM10,000 was too high a burden for individual offenders to pay, the government later announced that the actual amount that has to be paid will vary from RM1,500 for first-time offenders and minor offences to RM3,000 to RM4,000 for more severe offences and RM5,000 to RM10,000 for the most serious offences. Companies were to also be offered a range of compound amounts such as RM10,000, RM20,000 and RM50,000, depending on severity of offences. To top that off, discounts were also offered for quick payment within a week or two weeks. (Despite past government assurances that these guidelines would be publicly available, a check by Malay Mail as of early November did not show it as being available on the official websites of the National Security Council or Health Ministry.)

This Emergency Ordinance is now gone, as the Dewan Rakyat and Dewan Negara on October 25 and December 8 had approved its annulment. Which means those maximum RM10,000 figure and RM50,000 figure should no longer apply, and that the maximum compound should go back to RM1,000 under the existing Act 342.

This was also the reason given for why the Health Ministry on December 10 offered a compound amount of only RM1,000 to the organiser of government’s “100-Day Aspirasi Keluarga Malaysia” for the failure to ensure physical distancing at the crowded event at Kuala Lumpur Convention Centre (KLCC), saying that the Emergency law had been annulled and no longer apply to enable compound amounts higher than RM1,000. 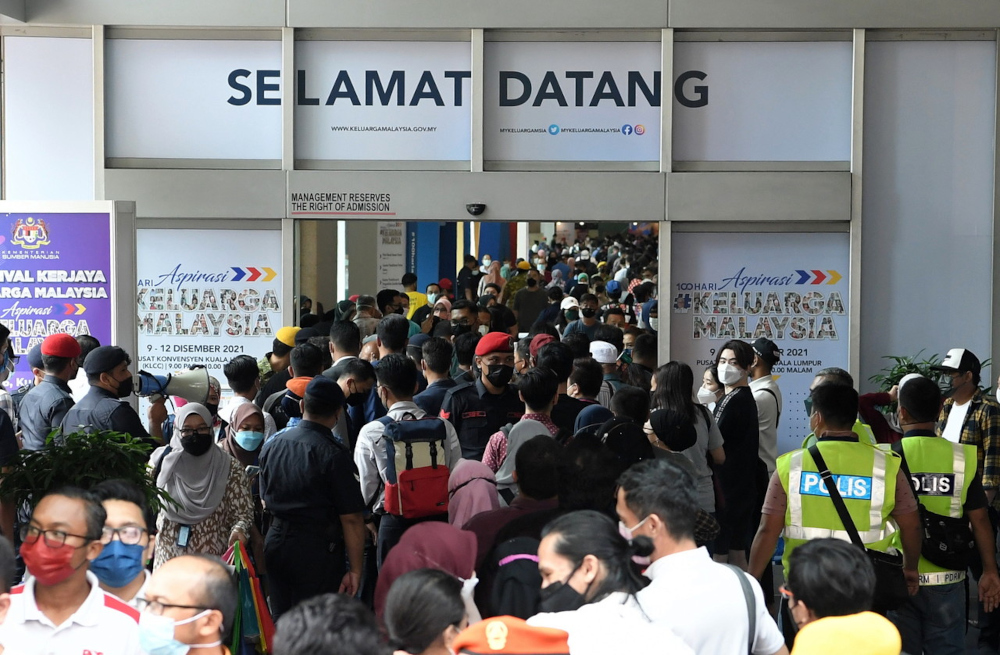 Included in the proposed Act 342 amendments were to change the maximum compound amount of RM1,000, to be maximum RM10,000 for individuals and maximum RM1 million for body corporate (covering companies such as Sdn Bhd, Berhad, limited liability partnerships).

But following protests from the public and the federal opposition over the figures, the government was yesterday reported to have proposed to reduce the maximum compound for companies to RM500,000, but left the RM10,000 figure for individuals untouched.

These proposed changes are expected to be made at the committee stage of the Dewan Rakyat, before MPs vote on the Bill today.

This means MPs are expected to vote on whether to change Act 342 to increase the maximum compound limit to RM500,000 and RM10,000 for companies and individuals.

If the enforcement officers do not offer you a compound amount and you are charged in court for breaking Covid-19 SOPs, you would then face the prospects of potentially being fined or sentenced to jail by the courts.

The Emergency Ordinance increased the maximum jail term to seven years and specified a maximum RM100,000 for the fine, with the courts also having the option to both fine and jail an offender.

The government suggested introducing a RM2 million fine specifically for companies in the Bill, and did not propose to reduce it.

Previously, the Emergency Ordinance had also introduced Section 31(3) into Act 342, which enabled regulations made under the Act to state that any action breaching the regulations is an offence and to state the penalties as a maximum RM50,000 fine or maximum six-month jail term or both.

The government’s initial Bill this week suggested bringing back Section 31(3) with penalties for Act 342 regulation breaches at a maximum RM50,000 fine or maximum two-year jail term or both, but yesterday tweaked this by proposing specific penalties according to whether the offender is an individual or body corporate.

The ministry’s proposed new Section 31(3) yesterday would state penalties for regulations breaches for individuals as a maximum RM20,000 fine or maximum three-year jail term or both, while body corporate such as companies can be penalised with a maximum RM1 million fine.

All these suggested Act 342 changes have yet to be voted on in the Dewan Rakyat to be passed as law.

6. Will it be too much for individuals and companies in Malaysia?

The Health Ministry has this week repeatedly assured that it would provide guidelines to prevent abuse of power or unjust compound amounts being slapped on Malaysians, with the ministry’s disease control division director Dr Norhayati Rusli reportedly saying that the guideline covers the compound amount for different categories of offences based on an assessment of the severity of risk of causing Covid-19 to spread.

Health Director-General Tan Sri Dr Noor Hisham Abdullah had also said that there are plans to offer discounts on compound amounts, and had explained the proposed amendments’ intentions of enabling harsher punishments on big companies that cause Covid-19 deaths as the current law only allows up to RM1,000 compound amounts for both companies and individuals.