Deputy Prime Minister Datuk Seri Ismail Sabri Yaakob made the announcement in a statement today, adding that the decision was made at a National Security Council (NSC) special meeting. — Picture by Firdaus Latif
Follow us on Instagram, subscribe to our Telegram channel and browser alerts for the latest news you need to know.

KUALA LUMPUR, July 12 — All service centre outlets belonging to telecommunication companies located in malls and large supermarkets will be allowed to operate throughout the National Recovery Plan (NRP), from July 13 onwards.

Deputy Prime Minister Datuk Seri Ismail Sabri Yaakob made the announcement in a statement today, adding that the decision was made at a National Security Council (NSC) special meeting.

No further clarification was given.

This included checks on 2,087 factories, 16,086 business premises, 625 construction sites and 449 workers’ quarters.
The enforcement personnel found that 17 of these failed to follow SOPs and therefore instructed them to close.
Five hundred and fourteen people were arrested nationwide for SOP violations including trying to cross state or district borders without permission, and not practising physical distancing.
Of the number, 503 were fined while 11 are still in remand.
Ismail Sabri also identified several new “localities” that will be placed under an Enhanced Movement Control Order (EMCO) from July 14 to July 27.
This included Felda Lembah Klau in Mukim Gali, Raub; and Felda Maokil in Muar, Johor.
In Sarawak, Kampung Kendaie and Kampung Bukit Batu in Lundu will also come under EMCO.
In Sabah, the areas mentioned are Taman Muhibbah in Beaufort, Sabah; Kampung Patikang Ulu and an area surrounding it in Keningau; along with Kampung Madsiang, Kampung Kobusak, and Beverly Hills Apartment in Penampang. 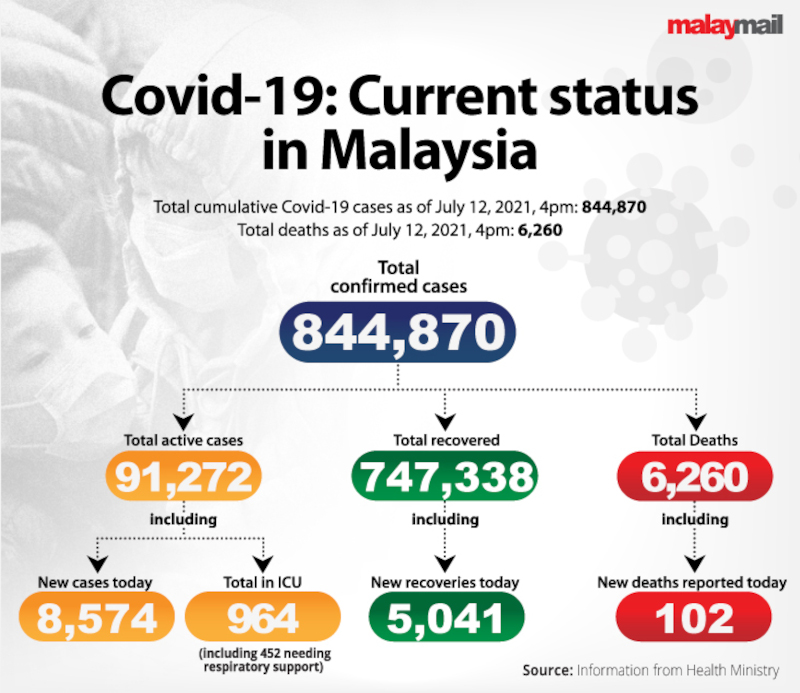