MB: Selangor to receive own Covid-19 vaccines from end of June, to spend RM200m for immunisation

SHAH ALAM, June 9 — Selangor is expected to receive its own batches of the Covid-19 vaccine from the end of June, the state’s Mentri Besar Datuk Seri Amirudin Shari said.

Amirudin said the state government’s discussions with the vaccine manufacturer — whom he declined to reveal at a virtual press conference later — but confirmed to be the one approved by the National Pharmaceutical Regulatory Agency, was concluded on June 1.

He said that RM200 million has been allocated for Selangor Covid-19 Vaccination Programme, under the RM551.56 million stimulus package for residents and businesses in the state which he announced today.

Among the focus of vaccine recipients apart from the elderly and industrial workers as well as manufacturing and services sectors, the Selangor state government is also working on the procurement of vaccines in preparation to protect the younger generation who will be 18 years old but have not received the vaccine.

“Looking at the data from the Ministry of Health, 82,341 children have been infected with Covid-19. Of that number, 27,402 are aged between 13 and 17 and they are category 1, 2 and 3 patients. This group will also be included in the larger framework of the SCVP,” Amirudin announced.

He said for this purpose, the state government will return to the Covid-19 Immunisation Task Force and the MOH, to jointly discuss joint plans and to ensure the alignment of the vaccine recipient data so that it is parallel to accelerate herd immunity in Selangor, in line with the National Covid-19 Immunisation Programme.

“Selangor is ready to implement this enrolment aimed at increasing the level of health protection of some target groups such as the B40 group, citizens, teachers and others, from the Covid-19 virus.

“The implementation of the SCVP will not burden the public health system in Selangor because we have a network of more than 1,000 Private General Practitioner (GP) clinics with us under the Peduli Sihat programme, who are ready to implement vaccination programmes either through vaccination centres, house to house or premise to premise.

“The state government has provided an allocation of RM200 million for this purpose. However, I emphasise here that I will soon meet the federal government to implement this vaccination programme, in the hope of speeding up the inoculation of the people as one of the most important strategies to deal with this pandemic,” he added.

Amirudin said the Selangor government has already signed the agreement with the vaccine producer involving more than 500,000 vaccine doses, and added that 250,000 people have been identified as recipients.

“That is in the agreement with the supplier which we cannot expose and I cannot violate that agreement, but the whole cost as I said is more than RM200 million. That is the amount we readied as loan to Selgate which will manage this matter and carry out the vaccination,” he said, referring to Selgate Corporation Sdn Bhd, a fully owned subsidiary of the Selangor State Development Corporation (PKNS).

He reiterated that he could not divulge the information when asked the price the Selangor government is paying for each dose as he was bound by the terms of the agreement.

In his address today, Amirudin said that the allocation is expected to aid 1.6 million people here.

Among others, he also announced an extension to the free Covid-19 screening programme carried out by the state government, costing RM10.7 million.

“Taking into account the success of this free screening test in detecting ‘silent carriers’ and the very encouraging participation from the people of Selangor and people from other states exceeding the target of 50,000 individuals, the state government will implement phase three of the Covid-19 free screening test, with a target of 100,000 screenings throughout Selangor.

“Phase three will be based on two strategies based on the findings from phase one and phase two, that is concentration on hotspot areas for Covid-19 cases and industrial areas as well as factories,” he said.

Amirudin said that in the second phase, 117,314 people had taken the state government’s free screening test as of June 8. 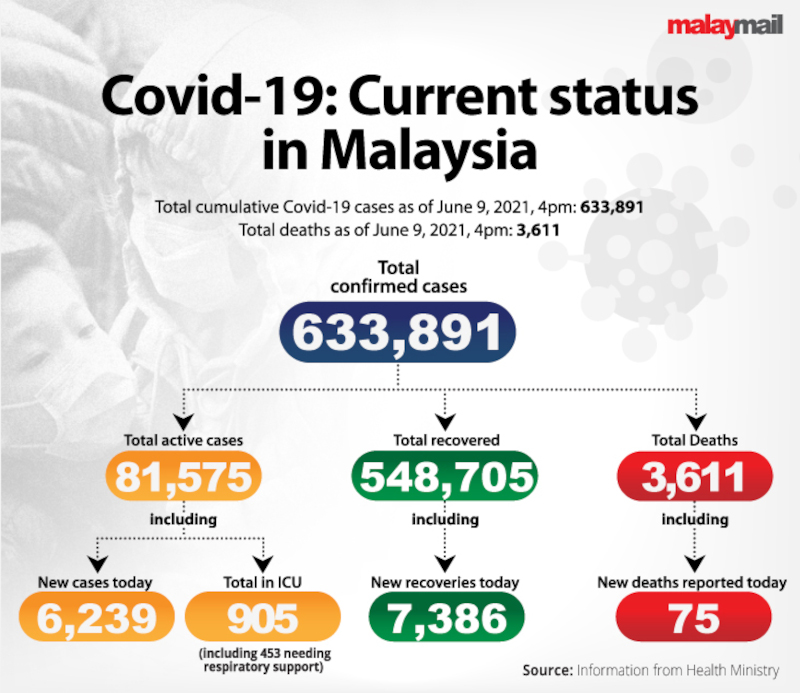