A general view of the Mid Valley Megamall in Kuala Lumpur. Retail workers who survived the first round of job cuts that followed the March to June lockdown are now unsure about their future, as shopkeepers continued to suffer from dips in sales and accumulating costs. — Picture by Choo Choy May
Follow us on Instagram, subscribe to our Telegram channel and browser alerts for the latest news you need to know.
By SYED JAYMAL ZAHIID

KUALA LUMPUR, Oct 23 — Azalea, a store supervisor at the Adidas Originals chain in Mid Valley Megamall, once one of the Klang Valley’s busiest shopping centres, is grateful that she still has a job.

Sales plummeted since news broke earlier this month that a worker at the mall Covid-19 positive. Still, there was hope customers would return after the panic died down.

But that optimism is slowly waning as the recent wave of new cases and the return of movement curbs keep people at home, causing foot traffic to plunge and turning malls into ghost towns yet again.

“The drop in customers is huge,” said Azalea, in her 30s.

“For example we would typically get hundreds of people coming into the store on a Sunday. But last Sunday (October 19) it was just about a hundred,” she added.

“We haven’t heard about any of us getting laid off for now but our commission is lower since we’re not making any sales... I’m not complaining since I am grateful that I still have a job but I’m still a little worried.”

Retail workers who survived the first round of job cuts that followed the March to June lockdown are now unsure about their future, as shopkeepers — already reeling from the movement control order enforced in the second quarter — continued to suffer from dips in sales and accumulating costs.

Malaysian Retail Chain Association said in May that up to 30 per cent of its members, comprising restaurants and retail chains, expect to lay workers off for the remaining year.

Culling jobs or closing shop branches will likely be the main focus for troubled retailers bogged down by piling costs, said its immediate former president Datuk Seri Gary Chua, a view underlining the weak sentiment among businesses regardless of size. Malaysian Retail Chain Association said in May that up to 30 per cent of its members, comprising restaurants and retail chains, expect to lay workers off for the remaining year. — Picture by Hari Anggara

Up to 80 per cent of retailers had said they have already laid out plans or are in the midst of trimming losses, the former MRCA president said, noting that some have carried out cost-cutting measures since last year.

There is a prevailing concern that the new round of movement curbs would force employers to quicken the exercise as customers could shun shopping malls for a much longer time despite the government saying the current Covid-19 measures are to last just two weeks.

Kuala Lumpur, Selangor, Putrajaya, and Sabah are now placed under the conditional movement control order (CMCO) from October 13 to 27 after the areas saw a sharp rise in Covid-19 cases, which now hover close to 1,000 daily.

Calvin, a store manager of a streetwear boutique in The Gardens Mall, a premium shopping centre adjacent to Mid Valley, said he already let go about 90 per cent of his part-time staff — mostly college students — to cut costs.

“I have no choice but to (let them go) because since we don’t really have people coming into our store, there isn’t a need to have that many workers,” he told Malay Mail, noting that only three permanent staff are now working in a single shift.

“I feel bad but I can’t do much. Times are really bad,” he shrugged.

Store managers Malay Mail spoke to said they saw no need to lay off their full time staff, at least for now. Still, many of them are either forced to take a pay cut or work shorter shifts as businesses find ways to minimise cost.

“I used to work six days a week,” said a staff member of a shop that sells sporting goods in The Gardens.

“Now I’ve been told to work just four days a week. I can’t complain. You look around. Practically nobody has come into the store since,” she added. 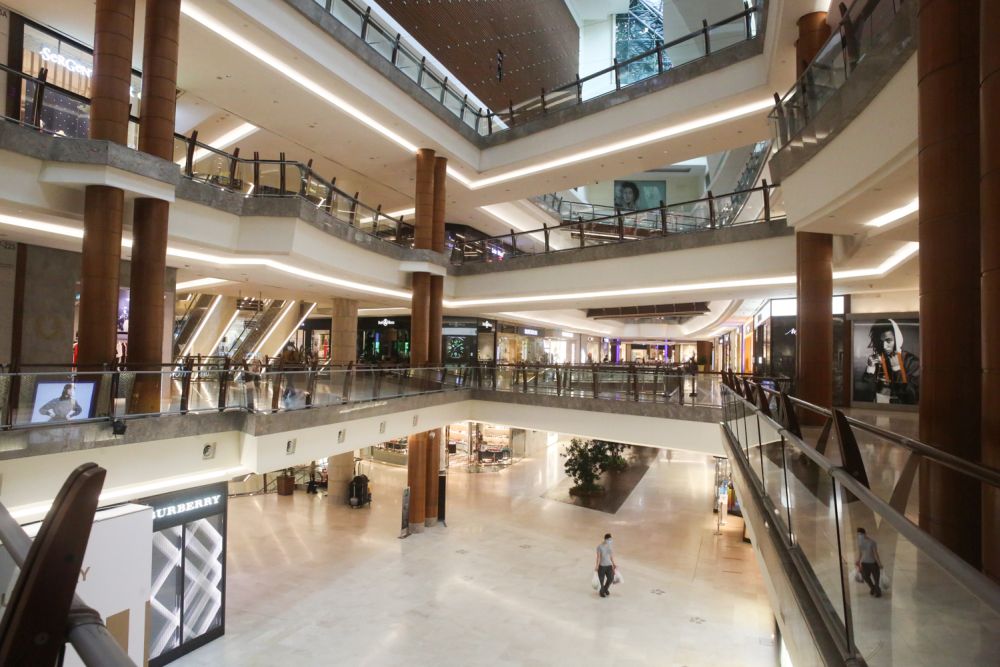 Store managers Malay Mail spoke to said they saw no need to lay off their full time staff, at least for now. — Picture by Choo Choy May

Retailers were expected to bear RM20.48 billion in operational and staff costs during the first six weeks of the MCO alone, according to Retail Group Malaysia’s estimates.

Current MRCA president, Sherley Tay, estimated her members would incur additional losses from the current CMCO, and that “employee cost” would be one of the immediate areas that shop owners would look to cut.

“We can predict that our members’ sales in retails, FnB have drastically dropped because of very low footfall,” she said in a brief response to Malay Mail.

“For sure,” she added when asked if a fresh round of job cuts is in the pipeline.

“Employee cost would be one of the areas to cut down.”

The Perikatan Nasional (PN) government, in an effort to alleviate some of these costs, announced several measures under the RM260 billion Prihatin stimulus package, among them for wage subsidies and workers’ retention assistance. 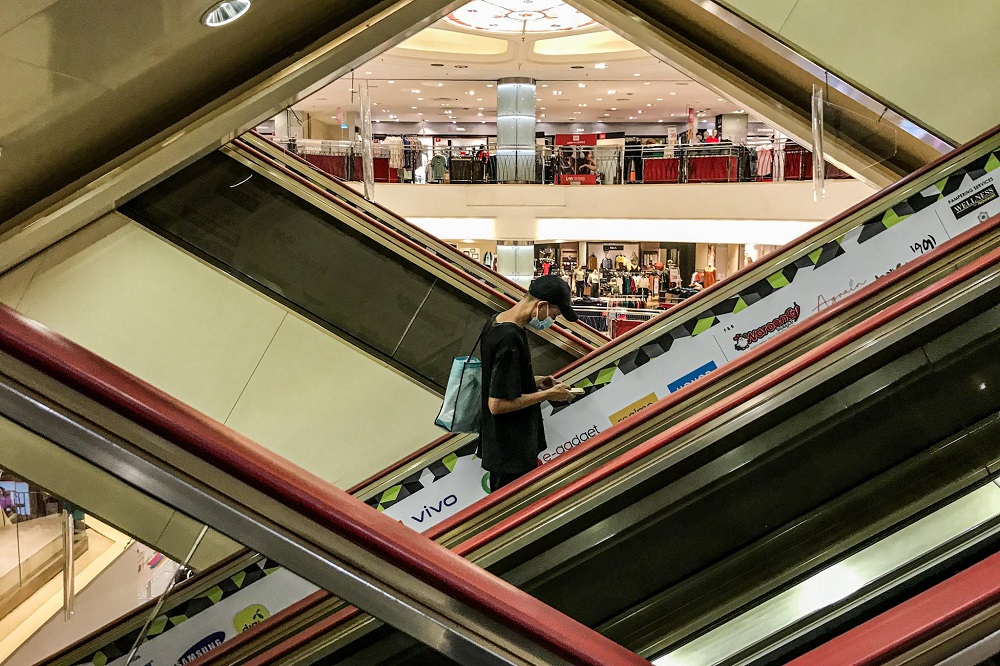 Only a few people are seen at the Sogo Shopping centre during CMCO in Kuala Lumpur October 19, 2020. — Picture by Hari Anggara

Yet the programme’s take-up rate is still low.

Retailers said paying salaries at a subsidised rate will still be costly, as poor sales would make it hard to offset the cost of retaining workers for half a year, a condition for eligibility. This makes retrenchment the more cost-effective option.

For the sales assistant at many of Klang Valley malls, whether or not their payrollers subscribe to the programme makes little difference, citing the lack of transparency in the process.

“I don’t know if my boss applied or has gotten the subsidies,” said a sales assistant at a large clothing chain in Pavilion, a premium mall in the capital city’s shopping district of Bukit Bintang.

“So it makes no difference. For all I know I could lose my job even if they have received help,” the staff added.