KUALA LUMPUR, May 24 — Malaysians appear to not have given up on trying their luck in travelling across state borders to “balik kampung” or return to their hometowns for Hari Raya, with the police managing to stop 1,158 vehicles who attempted to do so yesterday on the eve of Hari Raya Aidilfitri, Senior Minister Datuk Seri Ismail Sabri Yaakob said today.

Despite strict prohibitions by the federal government and pleas from the Health Ministry, more than 1,000 vehicles made the last-ditch attempt to carry out interstate travel to their hometowns yesterday (May 23).

Ismail Sabri noted that the police yesterday carried out 162 interstate roadblocks throughout the country with 157,364 vehicles inspected, and that police had ordered 1,158 vehicles to turn back after they were found attempting to move from state to state to return to their hometowns.

“States that recorded the highest number of attempts to cross state borders to return to their hometown are Selangor (460), Melaka (121) and Negri Sembilan (95),” he said in a statement today.

Malaysia is currently under a conditional movement control order (CMCO) until June 9, with government regulations placing restrictions on movements, including only allowing interstate travel for those going “to and from work” without a requirement for police permission, while interstate travel for a “special and particular reason” still requires getting written permission from the police first.

Ismail Sabri has repeatedly reminded Malaysians in his daily press conferences that interstate travel is not allowed except for work or emergency purposes, with police permits required for interstate travel.

Police yesterday said that roadblocks will continue to be carried out today which is also the first day of Hari Raya to nab those attempting to carry out interstate travel and to ensure that they turn back, with the police also warning that those who had managed to slip through roadblocks would be facing action when they make the return trip after the festive season.

Health director-general Datuk Dr Noor Hisham Abdullah has also made repeated pleas to Malaysians to take the necessary precautions and make sacrifices during the Hari Raya celebrations, such as by cancelling the past traditions of holding open houses or going on house visits, postponing visits to graves, or refraining from crossing state borders to visit families to prevent the spread of Covid-19 infections to the vulnerable groups such as elderly parents and relatives.

As part of continued monitoring by the authorities led by the police to ensure compliance of standard operating procedures during the CMCO, 97,552 inspections were yesterday carried out throughout the country by 3,479 teams involving 18,297 personnel, Ismail Sabri said. 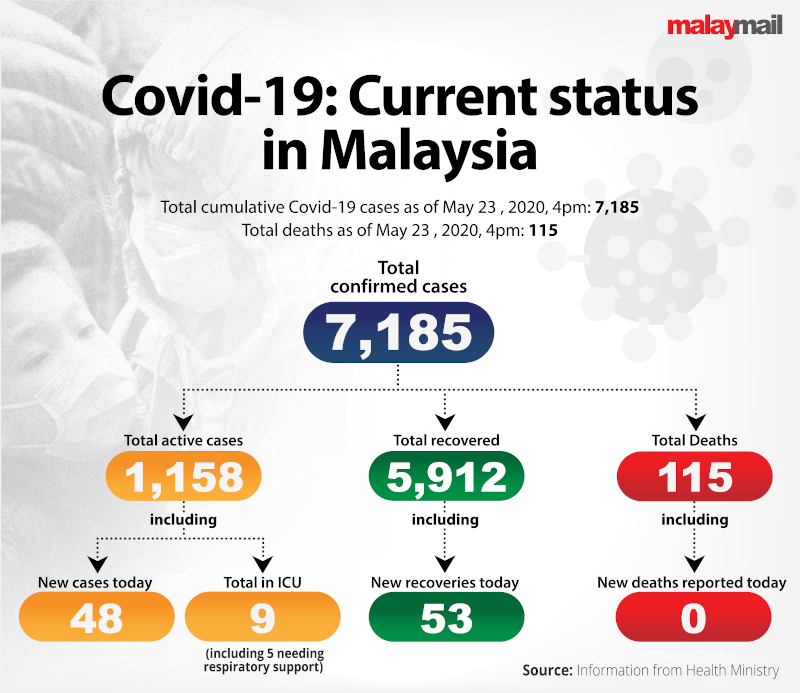