Why are there so few locals working in wet markets? Poor governance, aging workforce and zero marketability, say NGOs

A general view of the Section 17 Wet Market in Petaling Jaya May 13, 2020. — Picture by Hari Anggara
Follow us on Instagram, subscribe to our Telegram channel and browser alerts for the latest news you need to know.
By R. LOHESWAR

KUALA LUMPUR, May 16 ― Malaysians do not look forward to a career in wet markets because after years of poor governance, the industry has become unattractive and considered beneath Malaysians, several activists have suggested.

The dirty conditions, poor pays, lack of career advancement opportunities and labour intensive nature of the industry has deterred Malaysians from looking for jobs leaving those opportunities for migrant workers.

Adrian Anthony Pereira of North South Initiative said the issue goes back to the days when Malaysia was a booming agricultural nation where the ministries in charge did not properly market agriculture to the masses.

As such, most of the farmers are aging and since Malaysians do not want to do these jobs the migrants are taking over.

“In Cameron Highlands the farmers are getting old and most of their workers are foreigners. Once they pass on who's going to take over? It’s the migrants.

“There are a lot of anti-immigrant sentiments as to who owns the business because the locals have let the migrants run the show because they have no other choice.

“They work 10-15 hours, their hostel is like s**t and they have no break. That’s why most Malaysians absconded from working in markets and I feel the local councils should blacklist these people.”

Federal Territories Minister Tan Sri Annuar Musa has said he wants only locals to work at the Selayang wet market which was closed for weeks after a spike in Covid-19 cases. 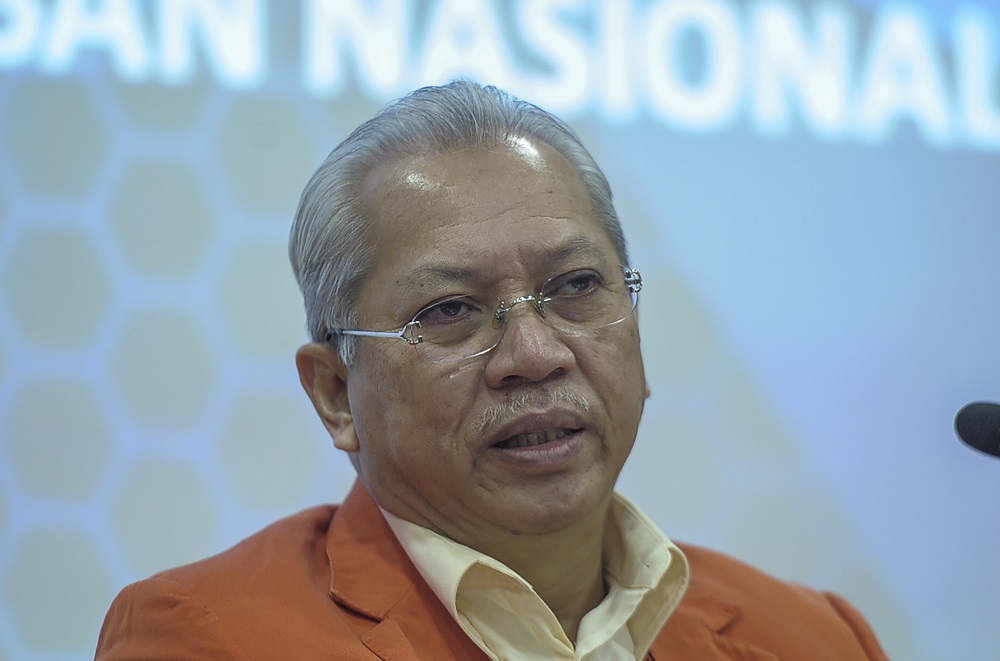 Federal Territories Minister Tan Sri Annuar Musa has said he wants only locals to work at the Selayang wet market which was closed for weeks after a spike in Covid-19 cases. — Picture by Shafwan Zaidon

During this time, locals were upset that most of the cases came from foreigners and voiced their dissatisfaction at having lost jobs in the market to these foreigners and blamed local owners for hiring them.

Adrian however felt the issue stemmed from poor governance from local councils who did not monitor nor regulate the area.

“Local councils need to monitor who owns the slot. here are compliance issues that need to be adhered to,” said Adrian.

“Look at Kotaraya Complex (in Kuala Lumpur). There are so many Nepalese working there. There must be some kind of profit sharing with the owners and no one does a thorough reporting on this but instead we Malaysians blame migrants saying there’s too many of them here.”

Many undocumented workers, but they’re not to blame

His sentiments were echoed by Sumitha Shaanthinni Kishna from a Malaysian NGO called Our Journey.

She said one of the biggest issues with the wet markets is the number of undocumented workers. Citing the authorities' lack of attention and effort in curbing the increase of undocumented workers, it has led to a lot of owners taking a back seat when it comes to keeping their paperwork in order for their migrant workers.

“A lack of documentation is not the migrants' fault as there is no system for migrants to document themselves.

“They must go through their employer or agent. The fault here lies with the owners,” said Sumitha when contacted.

Sumitha highlighted the difficulty in registering a foreign worker in Malaysia. She said the offices can handle up to 200 migrants a day and in smaller places like Ipoh maybe more.

However there are around four million migrant workers in Malaysia doing all the jobs Malaysians won’t hence registering all of them is a nightmare.

“Due to Covid-19, Malaysians are losing jobs and want jobs. Some people are upset and jealous so they are voicing their grouses.

“One of the misconceptions is that the migrants are rude and arrogant, But this could be down to a simple matter of bargaining that didn’t go the way the local wanted and the story is then turned around to blame the migrants attitudes.

“So really the question here is what were the authorities doing all this while?” she added. Tenaganita’s Glorene Das felt there is a pressing need to increase the amount of wages paid to those in the agriculture and wet market industry. — Picture by Miera Zulyana

Meanwhile, Tenaganita’s Glorene Das felt there is a pressing need to increase the amount of wages paid to those in the agriculture and wet market industry.

At the moment foreigners take between RM1,200 and RM1,400 per month ― around the national minimum wage ― while locals ask for more. This will directly correlate with the price of goods as owners will have to increase the price of goods in order to sustain themselves as well.

“The truth is, thousands of Malaysians are willing to endure the 3D (dirty, dangerous and difficult) jobs in Singapore , so why not in our homeland?

“Thousands stand in queue everyday to commute back and forth from Singapore  to work in sectors which carry out dirty, difficult and dangerous work. The real issue is, as mentioned above ― living wage, fair workplace conditions and reasonable facilities for workers,” said Glorene.

“If there are locals coming forward to do such work, that would be great because we do know many are unemployed.

“However from experience, many locals won’t do the 3D jobs due to poor working conditions and low living wage.

“So, apart from increasing the minimum wage the government must also ensure that rights of employees are protected by strengthening workers' unions.”