Datuk Seri Ahmad Zahid Hamidi is pictured at the Kuala Lumpur High Court February 20, 2020. — Picture by Yusof Mat Isa
Follow us on Instagram, subscribe to our Telegram channel and browser alerts for the latest news you need to know.
By IDA LIM

KUALA LUMPUR, Feb 20 ― Businessman Azlan Shah Jaffril today denied in the High Court that the RM2 million worth of cheques he had personally handed to then home minister Datuk Seri Ahmad Zahid Hamidi were bribes in exchange for contracts to operate one-stop centres abroad for processing of applications for Malaysian visas.

Azlan, who had described these three cheques for RM2 million as donations for charity and political funds for elections, insisted that these funds ― issued by his company operating the visa processing centres ― do not amount to corruption.

Azlan, managing director of Profound Radiance Sdn Bhd which operates two separate one-stop centres (OSC) for visa processing in Nepal and Pakistan, said he had voluntarily given these three cheques to Zahid and that the latter had not asked for these funds.

When asked by Zahid’s lawyer Hisyam Teh Poh Teik, Azlan confirmed that he had asked Zahid for tax-exemption receipts for the “donations” and that the latter had said he would arrange for receipts.

Azlan confirmed these three cheques were made payable to the law firm Lewis & Co which he had considered to be a trustee lawyer, agreeing with Hisyam’s suggestion that these payments were all “above board” and “open payments” as they were made payable to lawyers who would be expected to issue receipts. 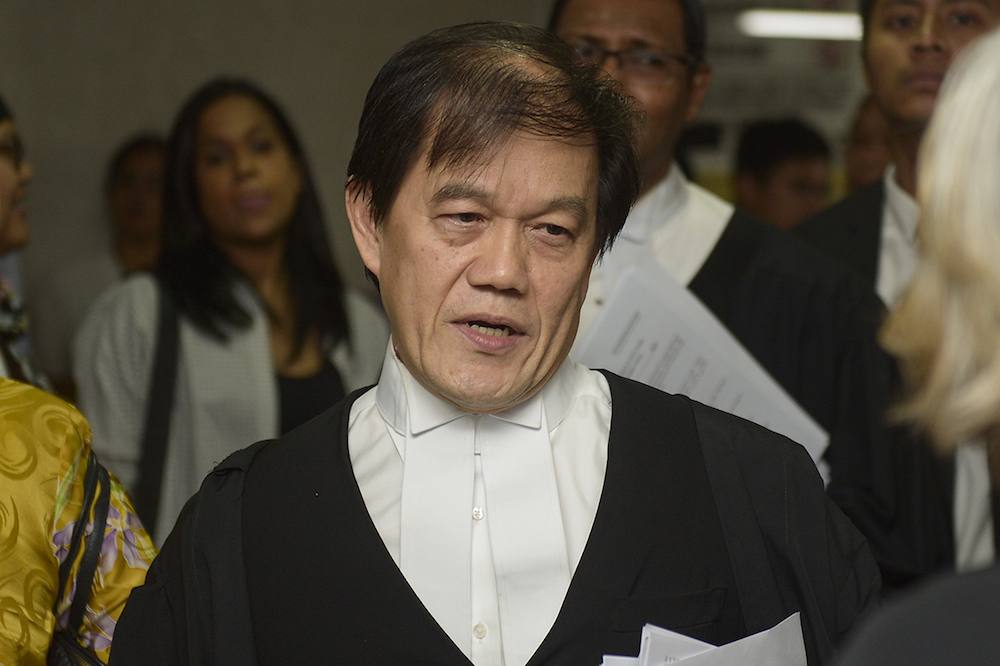 Azlan agreed with lawyer Hisyam Teh Poh Teik’s (pic) suggestion that these payments were all ‘above board’ and ‘open payments’ as they were made payable to lawyers who would be expected to issue receipts. — Picture by Mukhriz Hazim

Azlan also confirmed that the first cheque of RM300,000 was for the purposes of “charity” as written on the cheque butt (or the portion of the cheque book left behind after a cheque is torn out), before further agreeing that it was not for corruption.

Hisyam: You also agree that the payment of RM300,000 is not corrupt money?

Hisyam: Nor given by you corruptly?

Azlan: No, definitely not.

Hisyam: I also put to you that the RM300,000 was not received by Datuk Seri corruptly, do you agree?

Hisyam: And this RM300,000 was not given to Datuk Seri [Zahid] as a reward for the ministry appointing Profound Radiance as operator of OSC in respect of Pakistan and Nepal? Not as a reward?

Hisyam asked the same questions for the two other cheques of RM1 million and RM700,000, with Azlan also agreeing that all these were not corrupt funds given or received corruptly as a reward for the Home Ministry’s appointment of Profound Radiance for the Nepal and Pakistan OSCs.

Another defence lawyer representing Zahid, Datuk Ahmad Zaidi Zainal, then read out three of the 47 charges that Zahid is facing in this corruption trial.

These three charges alleged that Zahid as home minister had corruptly received bribes from Azlan through three separate cheques on three separate dates in 2017 and 2018 for the sums of RM300,000, RM1 million and RM700,000 issued from Profound Radiance’s Maybank account via Lewis & Co’s Maybank account, allegedly as a reward for the Home Ministry’s appointment of Profound Radiance as the operator of OSCs in Pakistan and Nepal.

When asked by Zaidi if these three charges were accurate, Azlan said all three were “not true”.

Asked by deputy public prosecutor Gan Peng Kun on why he had disagreed with the three charges, Azlan argued that his cheques could not be considered as a bribe-for-contract situation.

Azlan explained: “The charges clearly stated that I gave “suapan” and in return I got contract. The reason why I say it is not correct or disagree is because I gave the donation almost one-and-a-half years after I got the contract. It’s not like I give today, and next month I get the contract.

When asked by Gan if any cheques had been given to Zahid for charity purposes prior to Profound Radiance being given the contract to operate OSCs in Nepal and Pakistan, Azlan said that no such cheques were given. 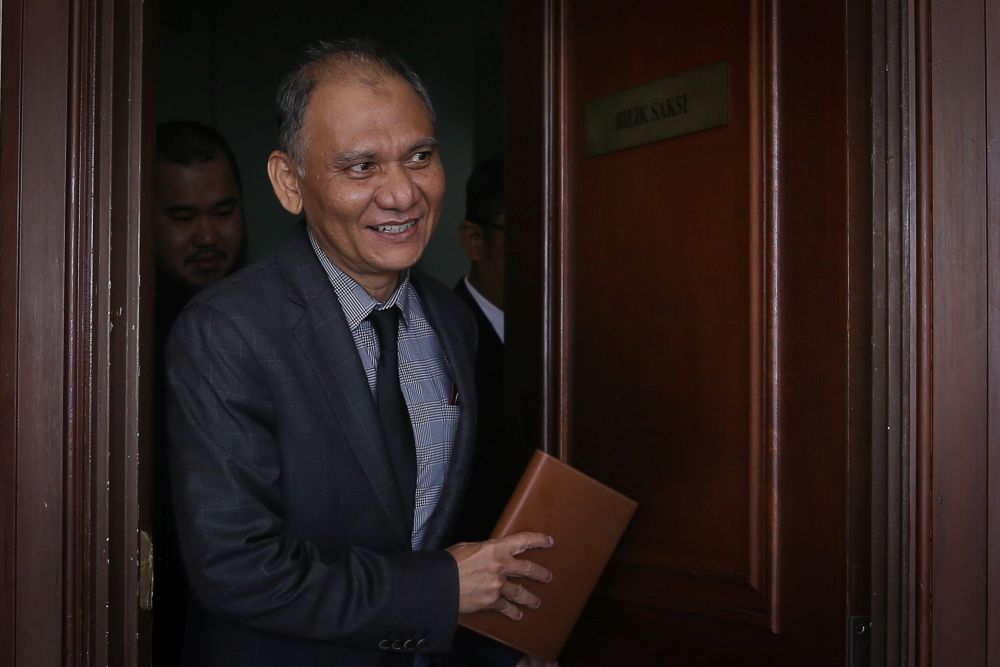 Azlan had joined Profound Radiance in 2015, replacing one of the original company directors after an internal conflict.

Earlier today, another witness, former Home Ministry immigration division secretary Datuk Shahril Ismail had told the court that the Home Ministry had selected Profound Radiance to operate the OSC in Bangladesh from February 2, 2014, but that Zahid had agreed in November 2015 with ministry officials’ recommendations to cancel this approval due to the company’s failure to carry out any operations even by the end of 2015 amid internal conflicts in the company.

Azlan explained that the company’s failure to implement the OSC in Bangladesh was due to the Malaysian Embassy in Bangladesh being opposed to the OSC.

After a series of events that included Azlan’s company Profound Radiance writing appeal letters to then prime minister Datuk Seri Najib Razak and Zahid in late 2015 and early 2016, the company was given another chance to start OSC operations for visa processing in Nepal and Pakistan instead, Shahril’s testimony showed.