In Penang, a visit to Western Road Cemetery is a walk back in time

PHT Vice President Khoo Salma Nasution (right) telling visitors about the dog sculpture on Andrew Duncan's grave at the cemetery. — Picture by Steven Ooi KE
Follow us on Instagram, subscribe to our Telegram channel and browser alerts for the latest news you need to know.
By OPALYN MOK

GEORGE TOWN, Aug 4 — While it may be a cultural taboo to wander around cemeteries and study the headstones of those buried there, a visit to the Western Road Cemetery here is a wonderful history lesson.

The cemetery, accessible from a narrow lane off Western Road, is one of the oldest ones in Penang.

According to Penang Heritage Trust (PHT) vice president Khoo Salma Nasution, the cemetery was set up sometime in the 1890s after the oldest cemetery, Northam Road Cemetery, was closed.

“At that time, due to concerns about public health as many had died due to tropical diseases like malaria, the British decided to shift the cemetery to a site further away from George Town,” she said.

At that time, the Northam Road Cemetery — where Francis Light is buried — was full so it was closed and a new cemetery set up along Western Road which was a distance away from the trading port of George Town.

“Cemeteries are a part of our history and culture and this cemetery, managed by the city council, is well maintained and worth exploring,” she said.

What is apparent at the cemetery, especially the ones that date back to the 1890s, is many of the graves are that of young children, usually marked by statues of cherubs and angels.

Salma said many of the children who arrived here with their British parents succumbed to tropical diseases like typhoid and malaria.

There are also a number of historical personalities and soldiers buried in the sprawling cemetery where over 20,000 Christians were laid to rest.

The cemetery is divided into two sections, a Catholic section and a Protestant one, and it is still in use with some vacant plots and a columbarium as space becomes scarce. The realistic Italian marble sculpture of a dog lies on the grave of Andrew Duncan at the Western Road Cemetery. — Picture by Steven Ooi KE

The romance of the Marble Dog

Perhaps the most famous grave here is that of Andrew Duncan who died at the age of 43 on July 7, 1931.

While little is known of Duncan, it is the striking white marble sculpture of a dog lying on the grave that draws attention.

Though exposed to the elements, the marble still gleams; the sculpted dog is so realistic with its rippling muscles, you will think a real dog is lying there waiting for its master.

The marble dog has spawned many romantic stories similar to that of Japan’s Hachiko, the dog which waited for its master at the railway station until it died there.

In reality, according to earlier news reports, Duncan’s widow, Evelyn Mary Duncan, had commissioned the statue from Italy to be placed on the grave as a symbol of her late husband’s love for his dog.

Evelyn reportedly visited Penang in 1974 and had clarified that the statue was of her late husband’s loyal pet when he was a manager at the Sungpara Estate in Sungai Petani here. 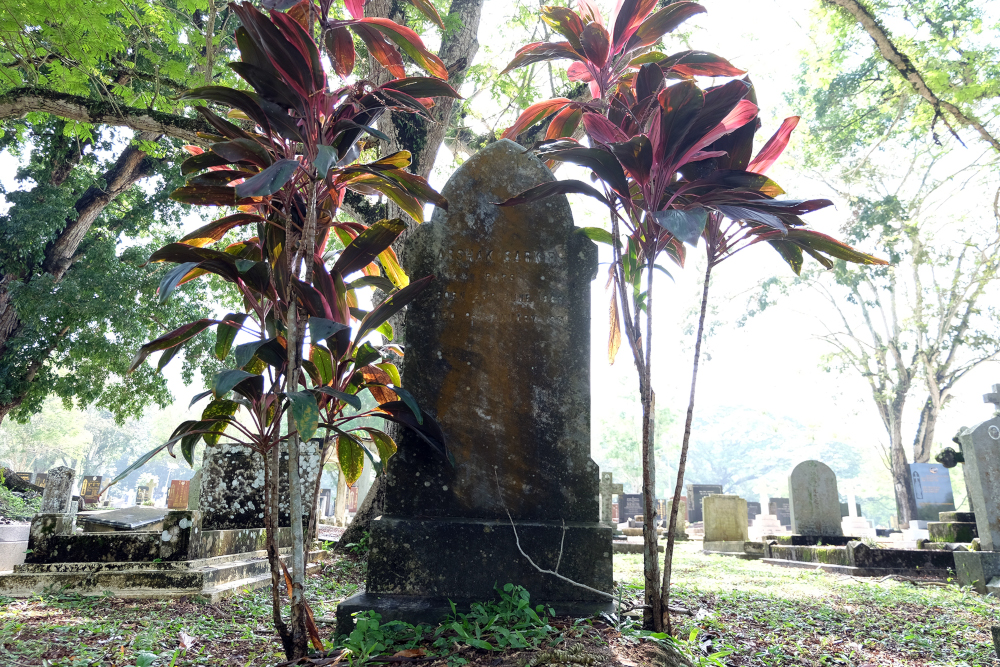 Who is Arshak Sarkies?

Near the famous Duncan grave you will find Arshak Sarkies’ grave. Arshak was the youngest of the Sarkies brothers who came here from Isfahan in Persia.

The Sarkies brothers were the top hoteliers of the East and their hotels in Penang and Singapore dominated the hospitality industry in the Straits Settlements for almost 50 years during that period.

While Tigran and Martin Sarkies were the ones to set up the Eastern and Oriental Hotel — later shortened to the E&O Hotel - Arshak joined the hotel in late 1890.

Martin retired back to Isfahan, Tigran took charge of the Raffles Hotel in Singapore and another brother, Aviet, opened the Sarkies Hotel in Rangoon.

Arshak took charge of the E&O and he was known for his generosity as he would often help out a friend in need and lend money to friends travelling back to England.

“It was the Great Depression and business was bad, yet he remained generous and even let patrons stay and eat for free which earned the E&O the nickname ‘eat and owe’,” Salma said.

When Arshak died in 1931, he was in debt to the tune of $3 million and his widow and daughter, who lived in one of the suites in the hotel, were evicted while the property was sold to settle his debts. 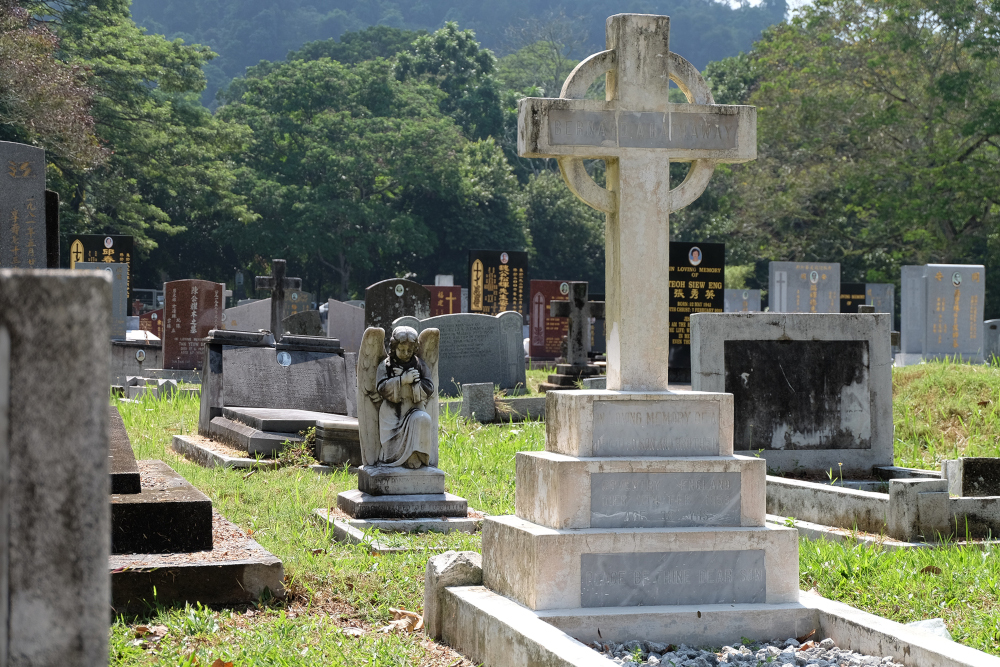 Often angel and cherub statues marked the graves of those who died young at the Western Road Cemetery. — Picture by Steven Ooi KE

Owner of the 99-door Mansion

Another personality of note buried here is John Saint Maur Ramsden, the eldest son of a baronet from Buckingham.

Ramsden was the managing director of the Penang Rubber Estates and had built a grand mansion, Caledonia House, in Byram, Nibong Tebal.

He was killed when unknown persons shot him twice in the head at the grand staircase of the mansion on June 8, 1948.

It is believed that his widow committed suicide by hanging herself in one of the rooms of the mansion.

The mystery of Ramsden’s death and his widow’s suicide spawned stories of ghost sightings at the mansion but it is the colonial mansion’s unique architecture that draws the most attention.

Despite having 10 rooms in the two-storey building, the mansion has 99 doors with most of the rooms having five to six sets of doors each and this earned it the nickname “99-door mansion.”

Today, the building, surrounded by oil palm estate, is slowly crumbling with only a caretaker to keep curious strangers from entering the building.

The current owner of the estate did not respond despite repeated calls by the local authorities and assemblymen for the mansion to be restored and maintained as a heritage building. 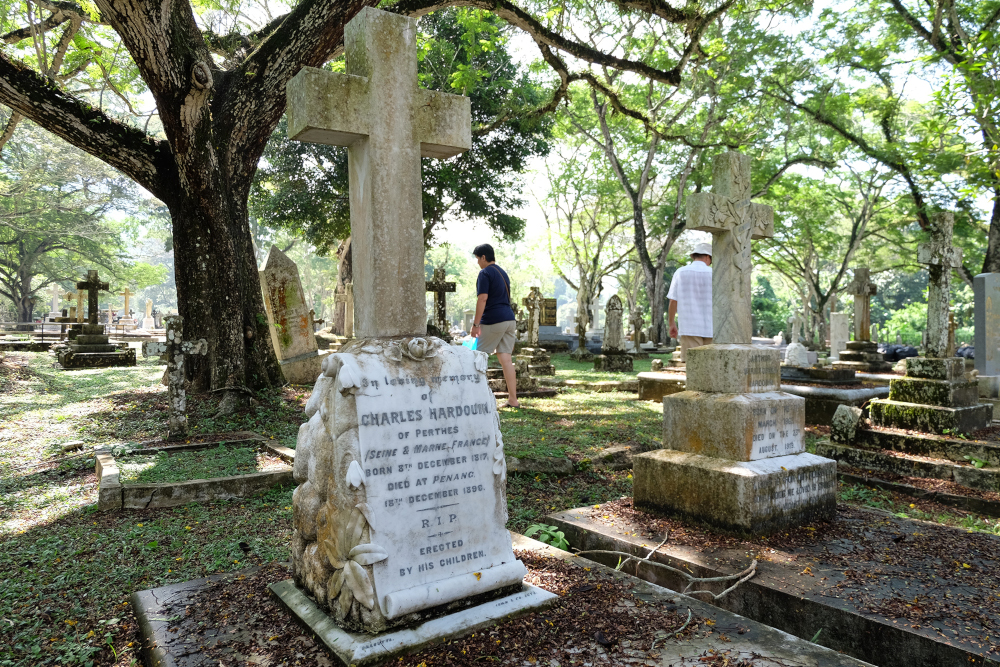 One of the earlier graves at the cemetery is of a French national who died in 1896. — Picture by Steven Ooi KE

To those who fought in the Battle of Penang

Apart from the locals and British, other nationalities such as the French, Russians and Armenians are also buried here.

During the Battle of Penang in 1914, the Russian ship Zhemchug was attacked by German ship Eden on October 28 and sank.

Zhemchug, with a crew of about 300, had sailed to Penang for repairs and maintenance work when it was attacked.

A total 88 Russians in the Zhemchug was killed in the incident but only about 10 of them are buried in the Western Cemetery.

Two were buried in Pulau Jerejak and according to PHT’s Clement Liang, there are no records of where the rest are buried.

“It is possible that their bodies were not found,” he said.

There is a memorial for the 88 Russian sailors at the cemetery and you will know it by the anchor on a chain in front of it. 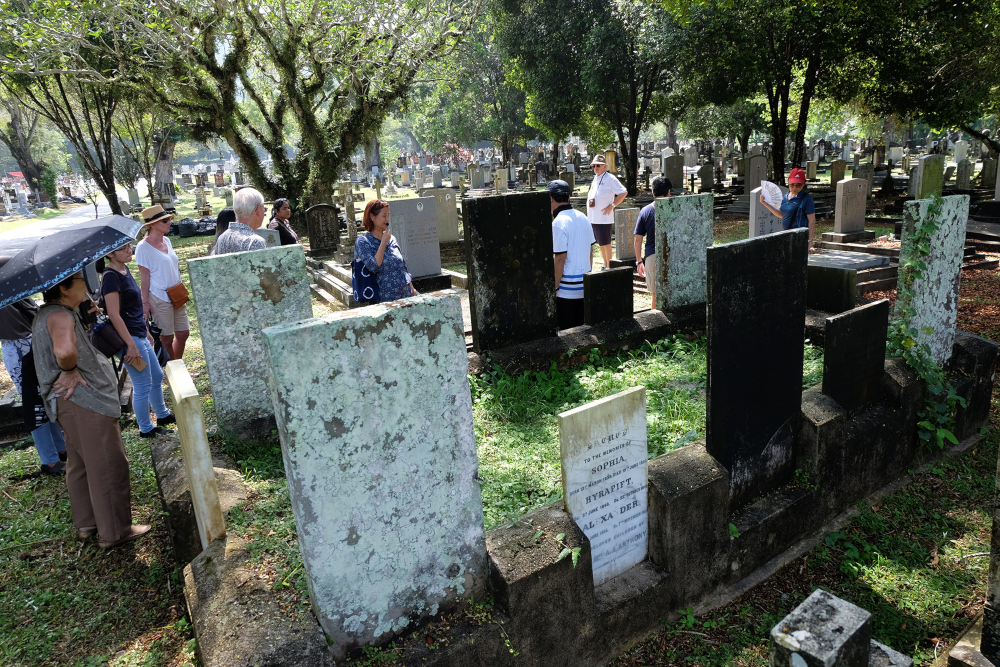 The Armenians’ graves were shifted to this plot at the Western Road Cemetery and placed in a rectangle. — Picture by Steven Ooi KE

The Armenians of Penang

There was a small community of Armenians living in George Town in the 1800s. There used to be a church — Church of St Gregory the Illuminator — built by an Armenian merchant on Bishop Street.

Armenians who died back then were buried at a plot within the church grounds but the church was closed down in 1906 and demolished in 1910.

A commemorative monument was built in its place but it too was demolished in the mid-1930s when the land was sold off.

All Armenian graves at the site were relocated to the Western Road Cemetery and today, the graves are in a rectangular plot of land there.

A well-known Armenian buried here is the trader Arathoon Anthony who founded the stockbroking firm AA Anthony and Co.

One of Penang’s roads, Arratoon Road, is named after him. 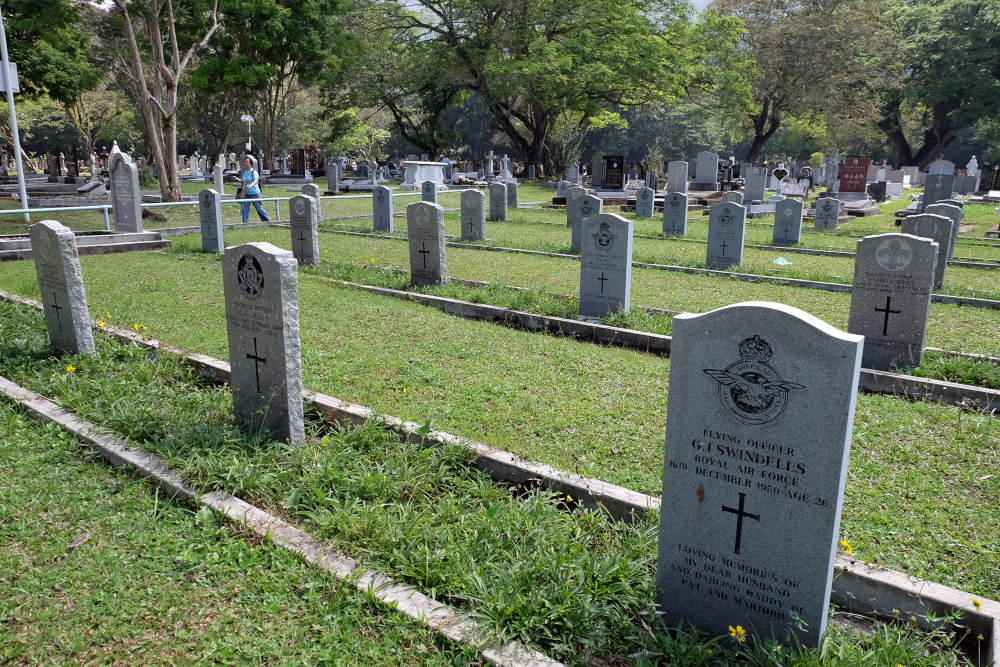 The British soldiers who were killed during the Emergency Campaign. — Picture by Steven Ooi KE

More than 100 British soldiers who were killed during the Emergency between 1948 and 1960 are also buried in the cemetery.

A large memorial stands near the entrance of the cemetery with a list of names of those killed during that period.

She said all of the graves on the Protestant side of the cemetery have been fully inventoried but not those on the Catholic side.

“We hope to get some volunteers who can take pictures of the tombstones and document each grave on the Catholic side of the cemetery,” she said.

A tour of the cemetery can take between one to two hours but visitors are advised to go armed with mosquito repellent as mosquitoes are aplenty in the vast greenery of the cemetery.

PHT organises site visits to heritage and historical sites in Penang every two to three months. 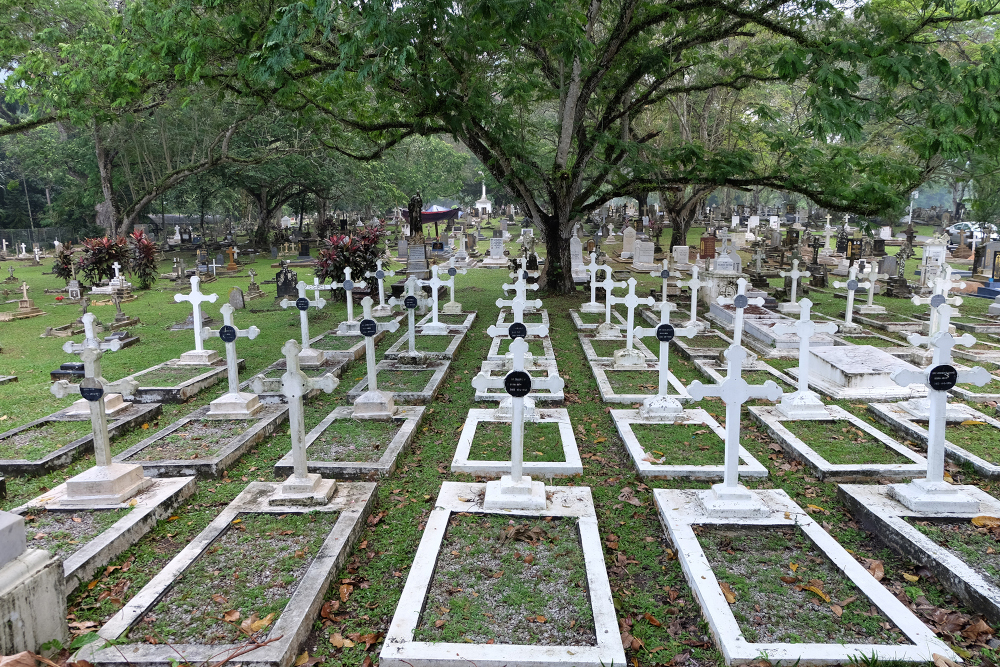 The Catholic side of the Western Road Cemetery. — Picture by Steven Ooi KE