APRIL 22 — What associations come to mind when you think of our Malaysian Members of Parliament?

To some ordinary citizens, they conjure images of immature adults, apes and frogs who do not seem to mind cheapening their integrity and reputation. After all, some MPs appear to enjoy political theatrics — seemingly to feed their narcissistic personality and to humiliate their opponents. It boggles me why, for for some reason, parliamentary Speakers tend to be generally tolerant of disorderly MPs crossing boundaries. There are also plenty of Janus-faced MPs who say one thing to one group of people but say the opposite to another group. Who can also forget some MPs’ involvements in global scandals and betrayals that bring shame to the nation?

Who we elect as MPs can come with far-reaching consequences. Here is a short list of what will likely happen if we were to elect terrible leaders into power:

·       Machiavellian MPs who desire power will carve deeper wedges in partisan politics that exacerbate hate and distrust among the people to advance their selfish agendas. They will hold a lighter close to the powder keg of ethnic and socioeconomic divisions because they see opportunities that will benefit them.

·       Opportunist MPs can destabilise the nation when they switch allegiances with those who provide them greater political advantages under the guise of ‘freedom of political association’.

·       Corrupt MPs in government can use their office to influence the Executive and Judicial branches to benefit themselves and their cronies.

·       Incompetent MPs will sully the reputation of their parliamentarian colleagues, their parties, and parliament in general in the eyes of the world. Tainted reputation increases tangible and intangible costs to win the trust of others.

·       Some segments of society may develop naturalised beliefs that it is okay to vote for MPs based on who is the loudest and brashest (and those who throw money around). Children and teenagers are likely to perpetuate ideas that leaders with questionable ethics and morals are the role models in this dog-eat-dog world.

So, who should be the ones to lead us?

I am cognisant that everybody has an opinion of what makes a Great Leader (GL) but I think every GL Übermensch must exhibit two critical key aspects.

The first key aspect: Desirable behaviour and virtues. A GL is one who exudes high standards of integrity, ethics and morality, as they know these components form the pillars of trust. They speak the truth, and they don’t taichi around facts, even if it hurts them or others. They know what is right from wrong, and they gravitate toward justice for all. GLs believe in mending ties and healing communities that have been harmed by violence, corruption and other malaise. They prioritise the holistic well-being of the people they serve.

GLs do not concern themselves with partisan politics. They understand that party affiliations can create Us-Them group dynamics which in turn forces them to compromise on their values and promises. GLs are brave and do not succumb to peer pressure and are independent thinkers.

GLs lack narcissistic attributes. They understand that with the power and influence they wield, they are in the position to deploy their resources to help those in need, and they don’t expect anything in return. They are not the jealous or vengeful types. GLs have no political ambition. When a crisis happens, they rise to the occasion. And when they do, they take full responsibility and accountability for all their actions and consequences. They are diligent, committed, and they are passionate about serving. GLs can go beyond the call of duty because they are driven by love — agape — and empathy.

The second key aspect: GLs are wise and highly competent and are unlikely to succumb to the Dunning-Kruger effect (incompetent individuals who overestimate their competence). They know their subject matter, and for matters they are not competent in, they take the time to seek and triangulate facts. They are not easily swayed by prestigious academic and professional titles like ‘Dr’, ‘Professor’, ‘Ir.’, and the likes — hence, they do not pursue them for the sake of self-glorification. Instead, GLs focus on bettering themselves so that they can create value for others.

GLs are tenacious and diligent in achieving their focus. They also value criticism because they are aware that critical feedback can help them improve. They do not give up easily, and they learn from their failures as well as from the failures of others.

Because GLs are obsessed with high efficiency and output, they are masters at creating scalable systems. This means they see patterns in problems and device solutions that are replicable. Here is an example of what an MP GL would likely do:

Problem: An increase in crime in a constituency is causing fear among members of the public. Businesses are leaving the city and the police force is taking flak for incompetence.

Ideally, GLs should be able to design working systems quickly and with minimal costs (do more things with less). Being systems-minded also entails that GLs are highly adaptive to various black swan circumstances, as they can discover the root causes of problems and implement solutions quickly.  Since the efficiency of systems requires the expertise of various people, GLs are also highly street smart. They can communicate and mobilise people by means of connecting on an emotional level. GLs under-promise, but over-deliver on results.

Alright then… How do we find these GLs?

Without any doubt, many current leaders are likely to say, “Hey, I exude all these!” But to determine the charlatans from the genuine, we should identify them by judging individuals not only by what they say, but also by what they do.

GLs can come from anywhere, not necessarily from Ivy League universities or our traditional elite pool, Oxbridge. They can come from the humblest of segments of society — refugees, janitors, or even ex-convicts. 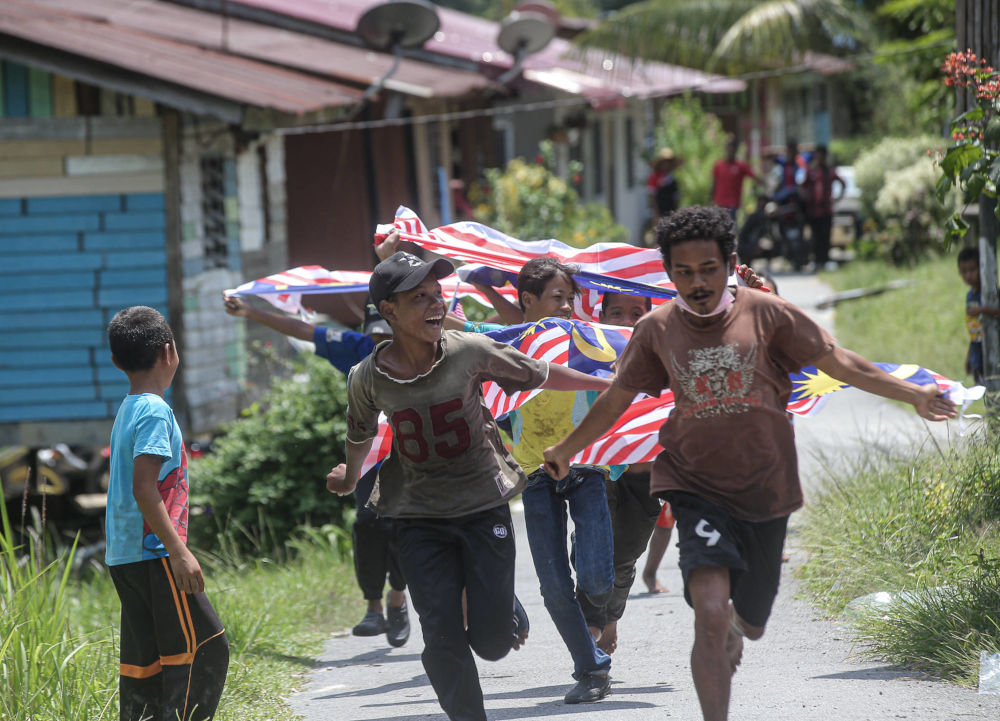 We should strive to develop the attributes of GLs in our children when they are young. — Picture by Farhan Najib

While we wait to discover these elusive gems, we should also strive to develop the attributes of GLs in our children when they are young. We need to develop a curriculum not only in schools, but also in the home and community, to cultivate the desirable virtues, behaviour, wisdom, and competence that make GLs.

Hopefully then, our children will become the leaders who will navigate our country safely into one that is respected and desired in the eyes of the world.

* David Yoong (PhD) is an applied linguist researcher & education consultant who, among other things, specialises in leadership and parliamentary communication.