APRIL 20 — Would a grouping of Warisan, Muda, Gerak Independent (GI) and Parti Sosialis Malaysia (PSM) work for GE15 and beyond?

Warisan president Shafie Apdal recently said his party was willing to work with any political coalition that secures the people’s mandate. The leaders of Muda and GI have made similar statements.

PSM which has the longest-lived and developed programme of policy alternatives relating to the nation’s socio-economic problems has always cooperated with parties taking on the ruling coalition.

With an electorally shaky PKR, which has performed poorly across the last three state elections, it makes sense for Warisan, Muda, GI and PSM to combine forces in some sort of electoral cooperation, or even coalition for the upcoming general election.

This new and potentially game changing Third Force grouping has a number of strengths which can appeal to many voters.

For example, Warisan and Muda appear to be cooperating in Sabah and the peninsula, where Muda can focus on garnering the youth vote.

PSM has a history of struggle on behalf of the underclass and marginalised communities. Although this has not translated into electoral success due to the party’s lack of resources, the current economic crisis which has badly affected the lower and middle class provides an opening for parties with grassroots appeal to shine in GE15.

GI, although new, has potential to rally support from the urban based middle class disenchanted with both the ruling and Opposition coalitions.

The grouping also has a small stable of political celebrities such as Shafie Apdal, former chief minister of Sabah; lawyer and social activist Siti Kasim; former minister and one of the people behind the Undi18 movement Syed Saddiq Abdul Rahman; former Sungei Siput MP Dr Michael Jeyakumar and Junz Wong, former state minister in Sabah among those who can lead the Third Force electoral campaign. 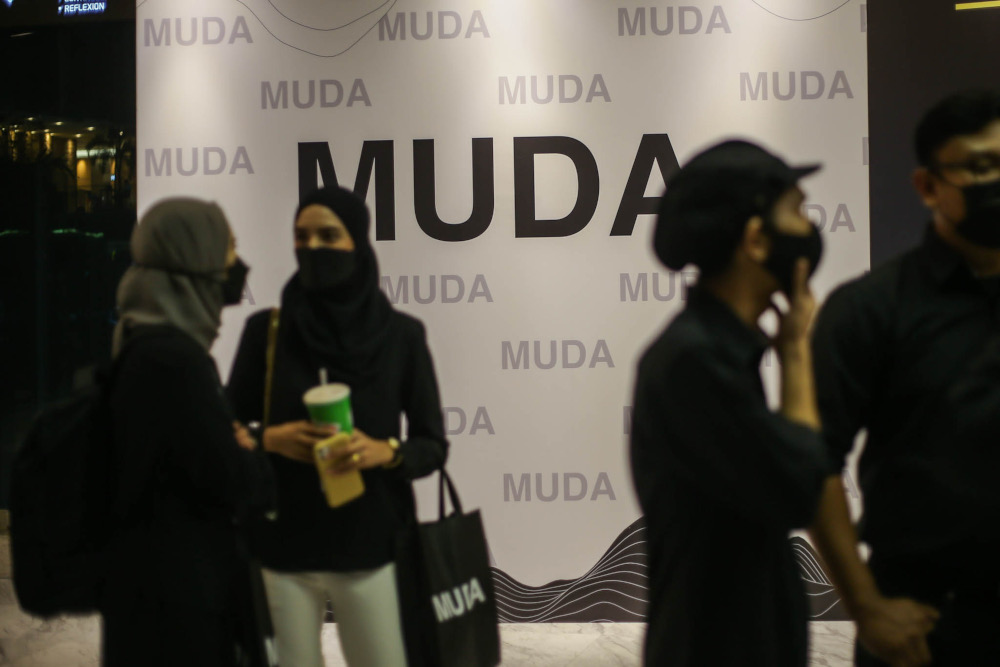 This multi-racial and much younger leadership can definitely provide the electorate disenchanted and disillusioned with the nation’s older generation of failed leaders the opportunity to break free from the previous restrictive electoral mindset.

Together in one platform, the new coalition and its leaders could bring much needed new thinking and drive to break Malaysia free from its crony-ridden, corruption, class, race and religious chains as well as bring back some of the old magic and excitement from the old Reformasi days.

For a start, the new grouping should organise symbolic mass ceramahs around the country to drum up national support and get voter attention.

Projecting itself as a multi-racial, inclusive, youth orientated coalition that will look after the well-being of the rakyat, the grouping can provide young and old voters alike, with a new sense of optimism and hope that meaningful reform can take place through the ballot box that can bring real change to them and better their daily lives.

The new grouping must focus upon the young and marginalised, offering simple solutions to their pain and stresses they are suffering at the hands of the current government, with the handling of the MCOs over the last two years.

The voters want empathy and elected representatives willing and able to fight for them. At this point of time, it is clear that the rakyat is less concerned about past reform issues.

Putting meals on the table, sending children to school, and having a stable income are much more important to most of them.

The potential coalition must offer themselves to the rakyat as a grouping that can seriously stand up to the government of the day as a real Opposition. They don’t have the baggage of the Pakatan Harapan government debacle, which Pakatan may pay for in the upcoming general election.

However, the above proposal has a number of questions attached:

Can the grouping really inspire the young and get them out to vote?

It appears the young are very concerned about the future, but they have virtually no trust in the political establishment. The key here will be to break through and motivate the youth to come out and vote.

This is much easier said than done, as the demographics of the Johor state election voters indicated. Muda has a key responsibility here.

Can Warisan win seats within the peninsula?

The best chance Warisan has is to work with peninsula-centric groups under a common banner. Warisan adds to the coalition’s sense of diversity, and where the coalition can honestly claim they are “truly Malaysian.”

Muda needs mentoring and resources from Warisan to stand in strategic seats where Warisan may have difficulty winning. Muda on the hustings and sharing ceramahs with Warisan in the state may enhance the electoral fortunes of both parties, something that the old Pakatan Harapan did well during the Reformasi days.

Can GI and PSM win any seats?

Their best chance is under a wider coalition of reform oriented established parties that share a common vision transcending race and religious issues, fighting corruption but at the same time addressing bread and butter concerns of the common people.

GI must embrace the coalition. This is not inconsistent with being independent. That fact that personality politics is important in Malaysia means that GI members like Siti Kasim must aim for a national profile in the hope that it spins off into the seat she personally contests.

The coalition must bring PSM into the fold as an equal. Espouse the struggle for the rakyat that PSM has done for years. Their story is one most voters are not really aware of. This could be part of the message that the coalition really does care for the rakyat.

Where should the new group contest?

The new coalition whilst offering itself as a Third Force should be open to collaboration from the existing opposition coalition as well as independent members from the ruling parties in seat negotiation.

This should be on an open and transparent basis to ensure that the new coalition’s electoral platform and principles are foremost in maintaining integrity.

Of course, this grouping will have only a minute portion of the resources like Umno or PAS in their strongholds. This can be turned into an advantage utilising the “David and Goliath” narrative.

Grassroots, and NGO support will be needed to run a “shoestring” budget campaign, which can be contrasted to the rich and corrupt political parties. Here you can almost imagine the lines speakers at ceramahs will use.

Warisan currently has seven federal MPs. Muda has one, making a total of eight. If the grouping could pick up another 10 seats, that may make them the second largest Opposition grouping to DAP after the general election.

Combined with nearly 40 seats that DAP may pick up, this would give the grouping with a friendly DAP some 50 something seats in the new parliament.

With a good performance over the parliamentary term, this figure can be built upon in future elections. A post-Anwar Ibrahim PKR will be very different, and a small Amanah presence could build opposition numbers back up to nearly 90. That would be a very good base to recapture the government in GE16.

For this scenario to happen, conventional assumptions, prejudices and even enmities must be put aside. But idealism, selflessness and humility will not be enough.

The serious discussion and negotiation must begin now. And following consensus, even harder work lies ahead to convey the new coalition’s electoral message to the voters.

If the strategists in each grouping can see the potential, and let their egos go, there is still an opportunity to save the country from the tyranny of political opportunism, race and religion controlled by an authoritarian and crony ridden government that has brought Malaysia to this failed and further falling stage.

But they must act now.

* Lim Teck Ghee is a former senior official with the United Nations and World Bank.

* Murray Hunter is an independent researcher and former professor with the Prince of Songkla University and Universiti Malaysia Perlis.