JULY 6 — The news report on July 1 that the US State Department has downgraded Malaysia’s ranking in its “Trafficking in Persons (TIP) Report” (2021) to Tier 3 (from Tier 2) can only provoke two responses: expected (unsurprised) or unexpected (surprised).

Those who are unsurprised at the move will point to the deterioration in labour standards and the practice of forced labour as highlighted by regular reports emanating from international non-governmental organisations (NGOs).

On the other side are the sceptics who argue that such incidents of labour exploitation can only be isolated and insulated – which is why they’re kept hidden away from public eyes and able to evade the government’s “antenna” (for so long), so to speak.

And for stakeholder companies under the spotlight, despite initial disavowal or obliviousness, remedial actions were later taken to address the matter.

The 644-page TIP Report on Malaysia, among other countries, specifically focussed on the glove manufacturing and plantations sectors – in addition to trafficking for sexual exploitation.

That the problem of forced labour, for example, does exists isn’t completely denied by local rights groups. Only recently, the National Human Rights Commission (Suhakam), a statutory body (formed by an Act of Parliament) with an extensive advocacy and policy consultation mandate, held a roundtable discussion with the construction industry on tackling the issue of forced labour – which extends to “lack of proper accommodation, low wages and excessive overtime”. 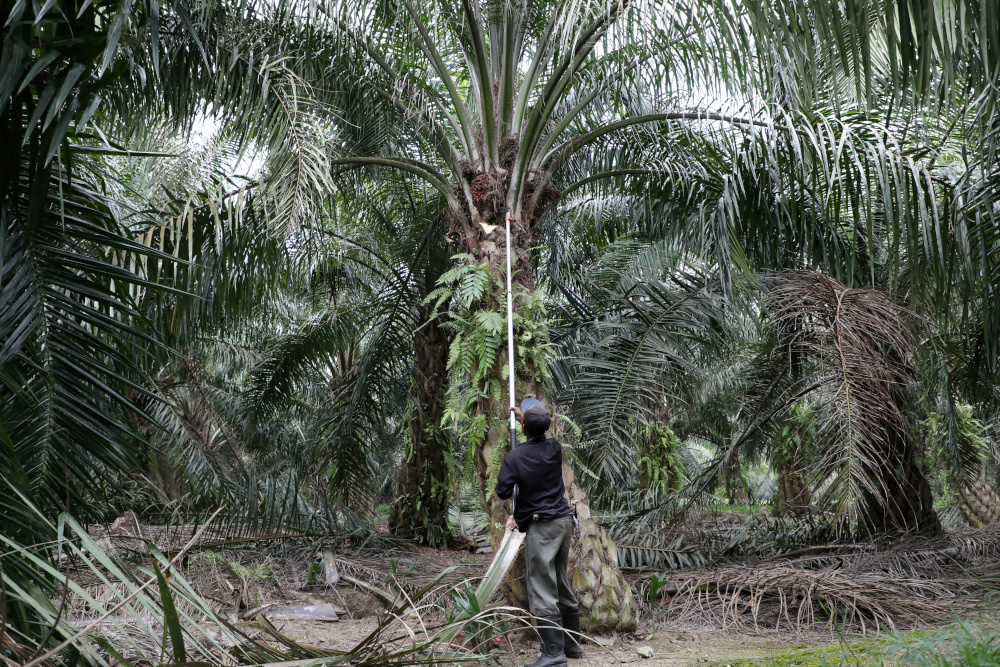 The 644-page TIP Report on Malaysia, among other countries, specifically focussed on the glove manufacturing and plantations sectors – in addition to trafficking for sexual exploitation. — Reuters pic

Even the government has explicitly acknowledged “… the existence and complexity of [the modern day] slavery practice” as per the Minister of Home Affairs Hamzah Zainuddin in his Foreword to the 3rd National Action Plan on Anti-Trafficking in Persons (2021-2025)/Naptip 3.0 that’s launched on March 31, 2021.

Under Naptip 3.0, the government is determined to ensure that the link between forced labour alongside the more general conditions of exploitative treatment of workers with the existence of trafficking – as highlighted on p. 370 of the TIP report – are more fully explored and investigated on the ground.

The TIP Report claims that the “... government did not adequately address or criminally pursue credible [sic] allegations of ... trafficking in the rubber manufacturing and palm oil sectors made by international media, NGOs, and foreign governments”. It further states that the Labour Department “initiated 57 investigations against employers in the rubber-product manufacturing sector to confirm compliance with housing laws, but it did not investigate these allegations as potential trafficking crimes”.

But there’s a serious error in one of the report’s highlights (which otherwise merits serious attention and action by the government) and that’s the case involving a police inspector charged last year with rape as well as under Section 13(f) of the Anti-Trafficking in Persons and Anti-Smuggling of Migrants (Atipsom) Act (2007) which covers the offence of “trafficking a person for the purpose of exploitation through abuse of power”.

Without taking the actual facts into consideration, this particular case is lumped together with genuine human trafficking activities. As it is, the two Mongolian women that were allegedly raped were taken to a hotel against their will when they weren’t able to produce valid travel documents during a road block.

Moving on, the TIP Report acknowledged that the Attorney-General’s Chambers (AGC) has increased the number of trafficking specialist deputy public prosecutors (DPP) from 69 to 73 during the reporting period (ending May 2021). In addition, the government continued “to conduct or support at least 52 anti-trafficking trainings, including hosting virtual trainings” for law enforcement personnel and officials from the Ministry of Human Resources (MOHR) on victim identification standard operating procedures (SOPs).

According to the TIP Report, officials, however, did not demonstrate a consistent understanding of the definition of trafficking.

Critically, prosecutors often interpreted the definition of human trafficking under Atipsom as requiring the physical restraint of a victim. This meant prosecutors did not pursue many potential trafficking cases under trafficking charges – especially in cases where coercion was a primary element used by traffickers.

The TIP Report on Malaysia ends with that stinging reminder that “official complicity continues to undermine anti-trafficking efforts” (p. 373).

EMIR Research would like to recommend the following proposals – to supplement and complement the government’s initiatives to address the issue of trafficking:

Towards that end, there should be a dedicated unit under the oversight of Mapo – which in turn reports to the High-Level Committee (HLC) chaired by the Minister of Home Affairs – to perform similar functions to the Malaysian Anti-Corruption Commission (MACC). During the initial period, MACC officers could be seconded to provide guidance and training in setting up of the unit.

For example, Section 13(b) which stipulates on the “use of force or other forms of coercion …” should be recrafted to specifically include such phrases as “use of non-physical or non-violent forms” of threat or coercion that result in “undue duress” of the trafficked person.

In turn, it could also be emphasised that even in the absence of physical violence, mere threat or physical constraint imposed by the trafficker is sufficient to be caught under an amended Section 13(b) – the situation of “undue influence” – because the existence of such state of affairs are caused by an extremely unequal relationship or bargaining power of the trafficked person as victim.

At the same time, the Minister of Human Resources M Saravanan had given the MOHR’s commitment to continuously review and, if need, amend the Employment Act (1955) as well as tighten the enforcement of the Workers’ Minimum Standards of Housing and Amenities Act (1990).

The National Occupational Safety and Health Master Plan (2021-2025) is expected to be launched by this year which will then supplement and complement the existing laws relating to and impacting on the treatment of migrant labour in the country, inter alia.

In the final analysis, Malaysia’s downgrade into Tier 3 – as the lowest placement – wasn’t inevitable.

The government should perhaps now consider inviting the international NGOs concerned – that contributed to the TIP 2021 Report on Malaysia – for a roundtable briefing and discussion on the way forward. The findings and outcome should be publicised as is whether the invitation has been accepted or declined.