Nora Danish received a slew of negative comments. ― Picture via Instagram/Nora Danish
Follow us on Instagram, subscribe to our Telegram channel and browser alerts for the latest news you need to know.
By SIVAA TANGAI RAJU

KUALA LUMPUR, Sept 17 ― Actress Nora Danish has disabled comments on Instagram after coming under fire for appearing in a swimsuit in her Instagram Stories.

The 39-year-old who is in Langkawi, captured the attention of social media users when she shared a picture of herself in a swimsuit with her good friend, entrepreneur Puteri Zarith.

Many said the Police Evo actress should not be dressed in such a manner considering her role as a wife and mother, reported Oh Bulan.

“The older you become, the weirder you are,” one user said.

“While others try to cover their bodies, you’re showing off. What do you get in return for wearing sexy clothes like this?” a user asked. 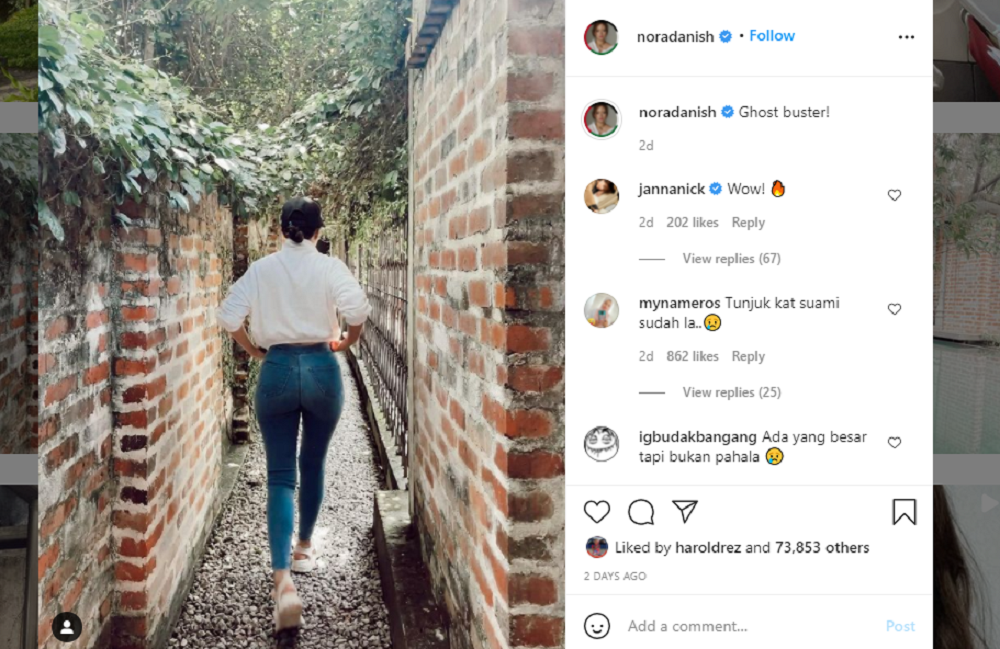 According to Nora’s Instagram activities, she has received criticism for the second time in this month. ― Picture via Instagram/Nora Danish

Two days ago, Nora stirred outrage when she posted a photo of herself wearing figure-hugging jeans that flashed off her buttocks with the caption, “Ghost buster”, reported Hype.