The festival will highlight universal experiences of connection, struggle, hope and transformation through a diverse selection of films. — Picture courtesy of True Colors Film Festival (TCFF)
Follow us on Instagram, subscribe to our Telegram channel and browser alerts for the latest news you need to know.
By TAN MEI ZI

PETALING JAYA, Dec 2 — Film buffs are in for a treat this December with the inaugural edition of the True Colors Film Festival (TCFF).

Set to take place from December 3 to 12, viewers will be able to stream over 30 award-winning full-length and short films, documentaries, and dialogues for free, including the Malaysian film Talentime directed by the late Yasmin Ahmad.

The curatorial team was led by Singaporean filmmaker Tan Bee Thiam and student curators Noor Mohamed Hakimi Razmi and Ryan Choo Zong Xian from Singapore Polytechnic’s Media, Arts & Design School, who worked around the theme of “One World, One Family.”

Each cinematic work spotlights untold stories of the human condition and the festival is set to kick off on December 3, which also happens to be the International Day of Persons with Disabilities.

To mark the day, TCFF will present a selection of films featuring differently-abled characters, including the Japanese film 37 Seconds about a comic artist with cerebral palsy paving her way in the world of manga and the Italian movie Elsewhere, which gives viewers an insight into the thoughts of a person with Down’s syndrome.

Tan hopes that these films can open up discussions and spark conversations on underrepresented social issues such as disability.

“We hope that the carefully curated film selection will deepen our understanding of what an inclusive world can be and equip us with the vocabulary and sensitivity to discuss social issues such as disability, so that these dialogues are captured and represented well,” said Tan in a press release. 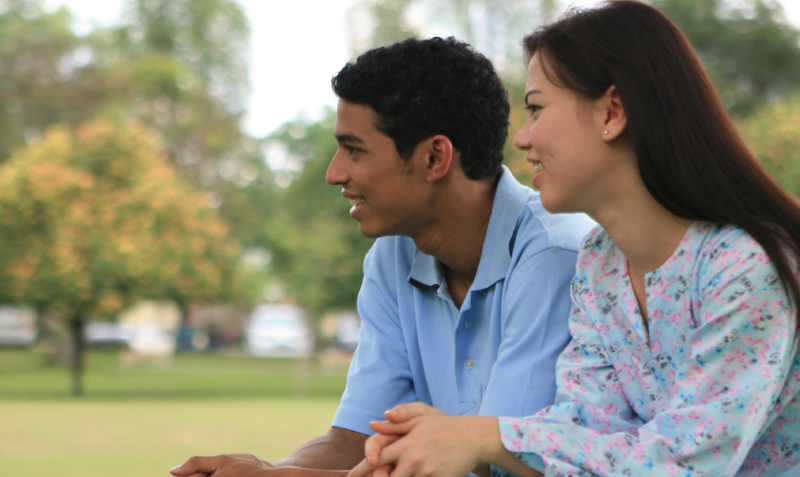 Other exciting works on the programme include the gothic family tale The Chess Game of the Wind, which has been restored and remastered for digital screening after once being presumed lost in the aftermath of the 1979 Iranian Revolution.

Still banned in Iran, the film was smuggled by private courier to Paris after it was discovered in a pile of film cans inside a junk shop and was restored by Martin Scorsese’s non-profit organisation, The Film Foundation’s World Cinema Project in association with the Cineteca di Bologna.

True Colors Festival (TCF) executive director Audrey Perera hopes TCFF can be a “thought-provoking year-end gift” for film lovers across the world in the midst of difficulties brought about by the Covid-19 pandemic.

“The idea of creating the True Colors Film Festival bubbled up while we were exploring ways to give audiences a memorable, enjoyable, touching and thought-provoking year-end gift.

“Along with strife and struggle, (this year has) brought a new awareness that – no matter where we are — our lives are more intertwined than we thought.

“Since technology allows us to experience events with others across geographies and borders, what better gift than a feast of powerful films, free for watching across most of Asia and the Pacific, at leisure over a glorious 10-day window?” said Perera in a press release.

Viewers can stream TCFF’s feature-length films by signing up for a free account on The Projector Plus while short films will be available on TCFF’s official Vimeo page.

TCFF is the second in a series of digital events hosted by TCF under The Nippon Foundation, which has been working to cultivate a diverse and inclusive society in and outside Japan for more than 50 years.

TCF is a series of performing arts events that have been held in Vietnam, Cambodia, Laos, Myanmar, Singapore, and Japan since 2006 and has attracted over 40,000 festival-goers since its inception.

For more information on the festival, visit TCFF’s official website.