Feni (left) and Shani said they had to navigate the learning curve of pulling off an exciting performance via livestreams. — Pictures via Instagram/jkt48feni and jkt48shani
Follow us on Instagram, subscribe to our Telegram channel and browser alerts for the latest news you need to know.
By TAN MEI ZI

PETALING JAYA, July 13 — You’d be hard-pressed to find a girl group as cute and bubbly as JKT48.

The 37-member act, best known for performing Indonesian covers of hits by their Japanese sister group AKB48, is set to bring their signature sound of sugary sweet pop to this weekend’s Japan Expo Malaysia which has gone virtual in light of the Covid-19 pandemic.

Despite not being able to see their fans in person, JKT48 hopes to uphold their concept of being “idols you can meet” by staying active on social media and uploading casual vlogs on their YouTube channel.

They’ve also been broadcasting performances live from the official JKT48 Theatre at the fX Sudirman shopping mall, which typically hosts the girl group’s daily concerts to crowds of adoring fans.

Members Shani and Feni, 21, told Malay Mail that planning an online concert comes with specific challenges but they plan to make up for it with the group’s brimming enthusiasm and energy.

“There is this certain thing missing; the energy is different.

“But don’t worry, we will make up for it by performing with extra energy so that it will still reach the hearts of our fans,” said Shani.

“I miss hearing fans shouting the members’ names and I miss dripping in sweat after performing. I miss every aspect of our live performance.

“There’s this thing about not seeing your audience’s eyes when you perform but as Shani said, we will overcome the barrier.

“I’m hoping that our feelings will reach through our performance,” Feni added.

With so many virtual appearances lined up ahead of them, it’s no surprise that the Rapsodi singers get their fair share of both positive and negative attention online.

As young women in the public eye, Shani and Feni keep their spirits up by focusing on the love and support shown to them by their fans rather than dwelling on any mean remarks.

Feni said she and her fellow members also take things into their stride by showcasing their charm which they hope can turn a handful of haters into fans.

“I look at it from a different perspective. Those who bother to give you negative

remarks care about you enough to even give those remarks and they pay attention to you.

“I would do my best and make the best of their attention. (I want to) steal their hearts!

“I love to make people smile. I hope that I will be able to encourage people when they feel down and to become their source of happiness.”

Shani and Feni’s dreams of becoming JKT48 members started with a love and curiosity towards Japanese pop culture, which enjoys widespread popularity in Indonesia. 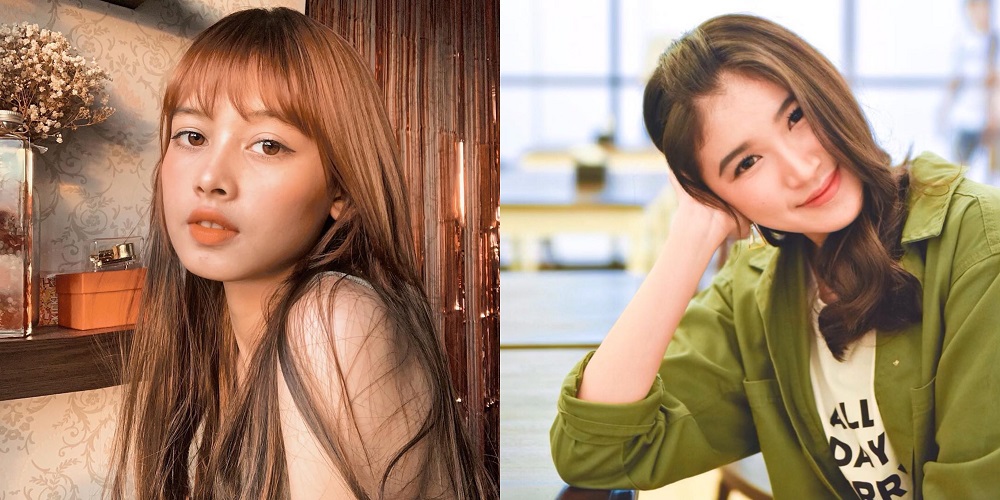 Feni (left) and Shani are part of JKT48’s third generation of members since the group was first formed in 2011. — Pictures via Instagram/jkt48feni and jkt48shani

Much like their original sister act AKB48, the girls have to pass through strict auditions and rigorous training before becoming an official member of the group, all while cultivating a carefully curated image of femininity and innocence.

Both Shani and Feni agree that “strong will” is essential if one wants to get far in the industry as an idol performer.

“It’s not an easy task, but when you’ve surpassed it, it’s all worth it,” said Shani.

“I totally agree. Strong will is important. No matter what the obstacle is, if you have strong will, you can overcome it.

“Plus, I’m also blessed with great friends in JKT48 and I never forget that we have fans that love and support us,” said Feni.

While it may be awhile yet before JKT48 can meet their fans in person again, the girls are pouring their hearts and souls into their upcoming appearance at Japan Expo Malaysia 2020, which will be held online from July 18 to 19.

They have an exciting performance lined up in collaboration with their sister group from Nagoya, SKE48.

Japan Expo Malaysia 2020 will bring the best of Japanese pop culture to your home with music performances, exclusive fan meet and greets on Zoom, cosplay parades, wrestling matches, and other exciting activities.

Jury to start deliberating on Depp and Heard defamation claims