Thursday, 12 May 2022 9:00 AM MYT By Praba Ganesan
Follow us on Instagram, subscribe to our Telegram channel and browser alerts for the latest news you need to know.
By Praba Ganesan

The council’s April notice might as well have called us that.

Because it is contrary to what the Selangor government and Kajang council have said to media.

How can both things be true? NO raise and YES to a raise, which is truer? The devil is always in the details.

In plainest language, the effective tax rate will go up for Kajang residents.

Kajang residences are to pay more in 2023.

Here’s the state of play in the state of Selangor’s Kajang. They went the long way around to do exactly what they said they will not.

Council proposes not to increase taxes. In fact, it drops from 7.7 per cent to 4 per cent. So far, yay!

However, those Kajang homes have been reassessed dramatically up; in the case of my residence, almost three times.

The assessment rate is calculated as such, premise assessment value (X) multiplied by assessment tax percentage (Y). Since the increase in X outweighs the drop in Y, the quantum is higher.

Selangor Local Government Exco Ng Sze Hann restates the state will not increase tax rates, and Mentri Besar Amirudin Shari backs him. Both speak the truth. But that’s no comfort to residents who will have to pay more in 2023.

And here’s the caution. If this Kajang move is successful, what stops them doing the same in the other 11 councils? 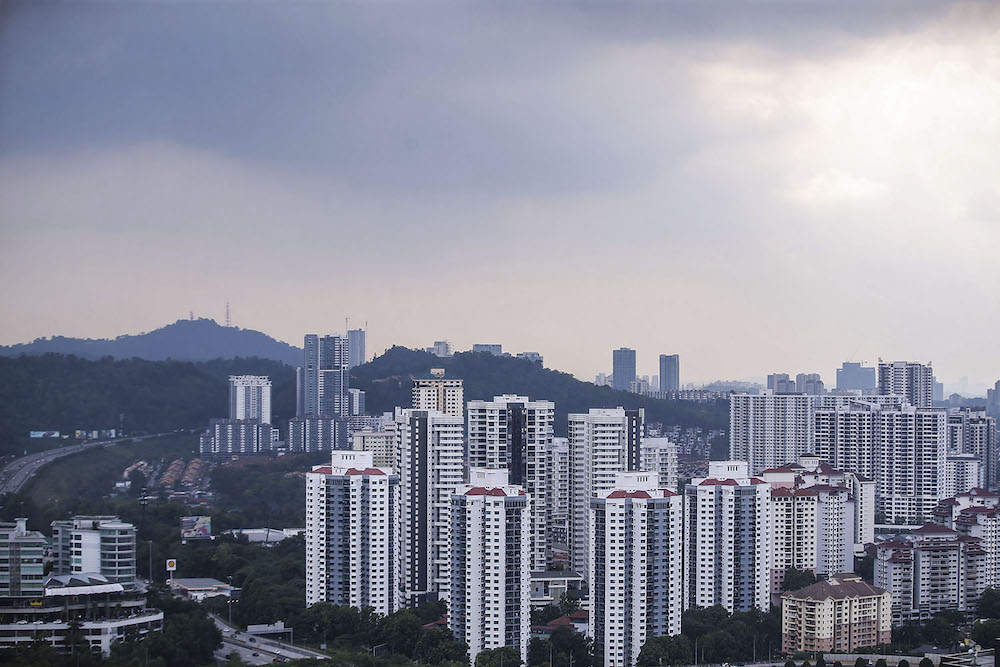 Assessment rates in Malaysia are low, but that does not excuse the waste by all our councils which are undemocratically appointed. — Photo by Hari Anggara

Barisan Nasional (BN) always tells people things are better, even when they are not. It is not politics of reason, only of populism. “It’s OK, the people cannot sustain their attention and they will forget. Keep them busy with someone to blame,” is what the experienced BN operator tells new recruits.

Pakatan Harapan took Selangor in 2008. They won because they were not BN.

Over time, they’ve stamped their own style on Selangor administration but they must never forget the key lesson. Do not become BN, even BN-lite. The voters do not like to be treated like fools.

In this instance, the MB and his team are pulling the wool over Kajang’s collective eyes.

If one opens up Kajang council’s website, a QR code pops up. It’s the access to complain about the effective tax rate increase. The council seeks to placate residents’ ire by hosting the space to vent. It’s bizarre.

In my taman’s WhatsApp group, Pakatan sycophants share how the councillors are set to fight the effective assessment rate increase. Which is two notches above bizarre.

In Selangor, the state, excos, legislative council and all local councils are controlled by Pakatan Harapan.

If council assessment rates are incompatible to the costs of running the council, come clean. Just say what it is. Then work on clarifying the matter and winning broad support for that measure.

Don’t insult a million Kajang residents by claiming nothing is happening. Something sure the damn hell is. If residents have to cough up more to keep Kajang better, they would rather be engaged than disinformed.

This was a chance for Pakatan not to be BN. But Pakatan took the easy way out by not owning the decision.

Council President Najmuddin Jemain said last year "each (residence) unit is charged 62 sen per day or RM225.10 a year, which is much lower than the average RM1.33 a day spent by MPKj for maintenance works." (Star Online, November 27, 2021)

Now this, this is information. An informed citizenry can contend with cold facts.

What is collected compared to what is spent is too low, according to the Kajang council.

If operational costs are high, can they be restructured?

Should waste be collected only twice a week as opposed to thrice a week? Can residents transport their own garden waste to fewer designated drop zones?

Should plan approval fees for home renovations be doubled? Fewer streetlights in non-critical spaces? Should transgressors be fined harder and brought to court?

With higher automation and IT infrastructure flattening processes, should staff numbers drop? There’s only that many hours in the day for redundant employees to look busy on our dime. On practical levels, probably Kajang Council hires Kajang residents who are vested in the council to improve productivity.

There is the question of burden distribution. Do all commercial, governmental and quasi-governmental organisations pay their fair share?

Kajang residents pay federal taxes and other taxes to Putrajaya. Is Selangor, and thereafter all the various 12 councils in the state receive their fair share?

So, while the council president gives some information, there is a lot to be pored over. Open government is not new.

If the council wants fair, then the only trail to that higher ideal is to have a wide range of information available — how much they spend, how much they can save, how much is owed to them by various segments and what is their vision for Kajang — so the council residents can engage.

When the people have the information, they know the vast responsibilities of the council.

Then, the council president and councillors can have every opportunity possible to convince residents they need to pay more.

Assessment rates in Malaysia are low, but that does not excuse the waste by all our councils which are undemocratically appointed.

Councils are not tribal or race constructs, they are intended to be the most functional democratic structure. Why?

The petrol dollar years covered the cracks in our society for decades, but now it is time to pay for what is used. By the year, councils are only going to raise rates.

If the burden rises but the accountability kept at bay, the disdain grows exponentially.

Local councils should lead on this. Regrettably, decades of institutional decay means councils have massive engagement disabilities. An overhaul is long overdue.

The columnist objects too much, perhaps.

Let’s look at sage advice from elsewhere. From the past.

Confronted by an assessment rates hike proposal, these activists demanded the following:

…launch a Public Hearing, whereby local councillors, MPs and SAs (assemblymen) for Kajang area, representatives from the ruling coalition and oppositions, hawkers’ associations, traders’ associations and resident associations will be invited to attend and inquire on the current and future expenditures of the council.

…announce those who delay and owe huge payments to the council and required them to settle the amounts before year-end.

Those activists were Selangor DAP in 2004. Even stranger, it was about Kajang.

Almost 18 years ago, when DAP languished in the state legislative with only two seats from 56 it could only speak about principles. To believe things can get better.

So, it asked for residents to be involved and allowed to question. And that the council reveals the whole financial condition of the council.

Selangor DAP was right in 2004, and those words are as relevant in the present. Except today, DAP is in Pakatan Selangor and runs the state and its exco manages local government.

It is acceptable to raise assessment rates but do not use smokescreens. Own the decision, and explain the decision. Use accountability and transparency to shed light on the issue for residents, not use language to leave them in the dark.

Moral policed to death or being a woman in Malaysia