Fathers — the other half of parents

Thursday, 13 Jan 2022 7:37 AM MYT By Praba Ganesan
Follow us on Instagram, subscribe to our Telegram channel and browser alerts for the latest news you need to know.
By Praba Ganesan

An old friend called and asked me to write about him wanting to spend more time with his child. His wife left him last year and he’s been relegated to short supervised weekly visits.

He is part of Father’s Rights Association of Malaysia (FRAM) which handed a series of demands to the related ministers this week, following months of intense lobbying. In short, asking to reform the Divorce & Marriage Act of 1976.

A gamut of issues is included like compulsory shared parenting, parent-child counselling, parental control, visitation and time spent together. They can be perused at both FRAM’s website and Facebook Page.

Any one of those proposals would require greater detail and substantiations of success in various progressive democracies, in order to be implemented here.

However, the broader paradigm shift requested, to re-evaluate how our laws and systems look at fathers and their roles in their children’s lives is ready for debate.

Progressive is a vital part of this rethink. For societies, not the least ours, have shifted dramatically in almost half a century since the Act was passed in Malaysia.

The single most altered component in Malaysia in this matter: the nature and expectation of parenting in terms of gender roles.

In middle-income groups in particular today, care is shared to a larger degree during the marriage. The average father of 2022 is incomparable with the one in 1976.

If children experience greater participation ratios by both parents presently in their rearing, shutting out one parent when separation occurs aggrieves children far worse than before. These children are accustomed to a substantial dad presence.

More so, today’s children observe greater numbers of peers with divorced parents. When they feel they have demonstrably less father in their lives, the level of undirected resentment potentially can rise. This may be towards their fathers, but it may be as much towards their mothers. But far more instructive, it does not aid with their wellness. 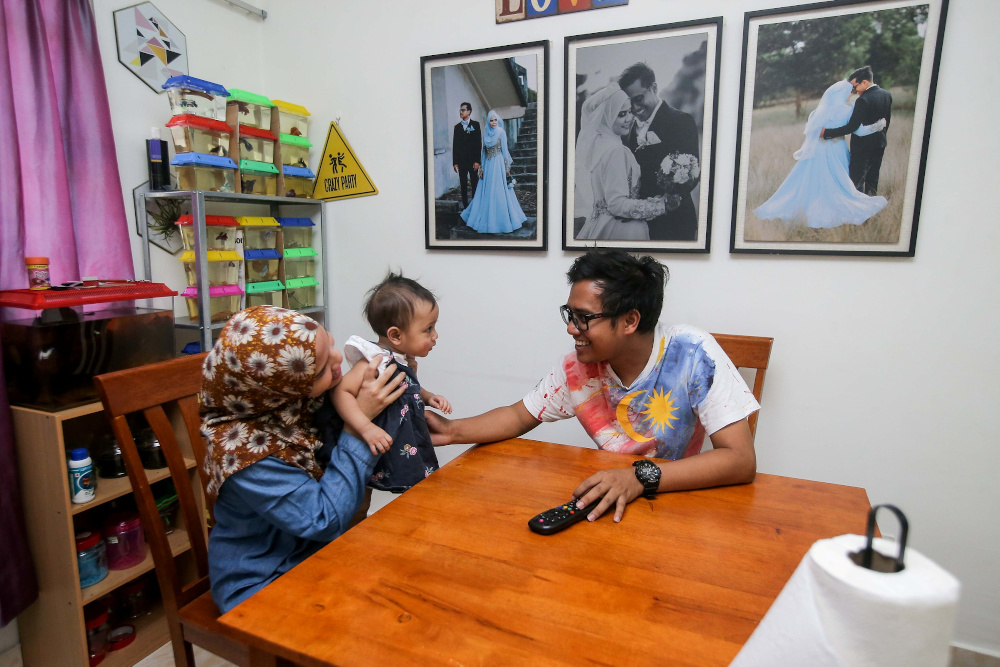 The single most altered component in Malaysia in this matter: the nature and expectation of parenting in terms of gender roles. — Picture by Farhan Najib

Parallelly, there are reciprocal developments. The courts have ruled children — even those born abroad — by virtue of only their Malaysian mothers are eligible for citizenship. It took social progress for our Tanah Air to relent to the fact women are equal parents to men.

In that spirit of equality, it is necessary to re-evaluate gender weightage in parenting when couples divorce.

This is not pro-fathers or anti-mothers. This is about parenting and to accommodate the shifts in parental participation and to maximise the roles of both parents.

Adjustments to the Act would not abrogate the role of courts in determining care.

Judges will still adjudicate the matter and remain obligated at all times to prioritise the best interest of the children. The reforms, in stages, can offer judges the options to broaden the inclusivity in parental roles.

Here’s a thought too, divorces are far less acrimonious today by the sheer volume of their occurrence. The taboo attached to it slowly dissipates and increasingly parents see court as a place not to beat down your former spouse but to arrange best for the children they’ve been blessed with. To mitigate the failed marriage and not to use custody proceedings as proxy battlegrounds.

A side note, because divorce numbers grow and therefore more people avail of the Act, updating it to match our prevailing society would be awesome.

Spare a thought for children tangled up in their parents’ divorce.

Children endure court decisions regarding their care till adulthood. And those grown children then spend the rest of their lives looking back at those years and use it to measure their own future relationships and possible parenthood. To avoid mistakes.

Children cannot be cut up like time-share units in Mallorca. However, parents can share time and roles even when they have gone separate ways.

Whatever decided would appear faulty to both sides. Both parents love their children and any less than a hundred per cent of the children’s time and attention seems like a loss. Except they are now separated parents and their children are human beings not commodities.

The decision is never exact science. No arrangement after a divorce is perfect. It is about making do with the imperfections of the situation.

The FRAM proposals ask us to factor to a greater degree the father in the equation.

Since almost all research shows that the presence of a father is objectively better for children, then our laws, courts and politicians have to find a way to keep them in those children’s lives.

It might be praiseworthy to point out that at a time record number of single mothers rely on social welfare to sustain their children in meagre conditions, there are men inside FRAM who pursue all means possible to stay involved with their children.

Asks for joint-custody and parity may be a rung or two away from where Malaysia as a society is for now. Primary care debates would slant to mothers, unless fathers try to prove their wives are unfit which never ends well — children do not appreciate men who shame their mothers in public.

But there is so much space to work with. The involvement range is wide and ready for entry.

The ministries can allow much greater visitation rights, unsupervised care periods and inclusion in child-rearing decisions.

Hearts on the line

It is a terrible thing to miss love. Fathers, mothers and children involved in divorces have to make do.

The pandemic has kept all of us away from our comforts and essentials. From that global experience, there is universal empathy for those who are tormented by enforced distance from those they love. Divorced fathers in Malaysia have felt the pang long before Covid-19.

The reform of the divorce Act is not to add to the pain.

But beyond laws, divorced parents must learn to get along, as clichéd as it gets, for the sake of the children.