Malcolm Fernandez said it is not fair that mothers always get full custody of the children in a divorce. ― Pictures by Shafwan Zaidon
Follow us on Instagram, subscribe to our Telegram channel and browser alerts for the latest news you need to know.
By ASHMAN ADAM

KUALA LUMPUR, Oct 7 — A newly-formed fathers’ rights advocacy group wants the current Law Reform (Divorce & Marriage) Act 1976 to be… well, reformed to be more in keeping with the times.

Father’s Rights Association of Malaysia (FRAM) co-founders Malcolm Fernandez and Sheikh Faleigh Sheikh Mansor said the law has been against fathers from the get go as in a divorce, mothers are automatically granted sole custody of the children.

“The norm in Malaysia in divorce cases is that the mother is granted sole custody of the child from the very beginning, with the father usually ending up with only alternate weekends with his kids at best, or a 15-minute supervised video call a week in worse cases,” said Fernandez, a lawyer.

“I have seen good, loving and responsible fathers sharing that when they get alternate weekends, they treat it as if they have hit the jackpot. That is not right, it should not be the case. FRAM is saying no to this.

“If a father wants to play an important role and be with his child, added with the fact that a father is willing to fight for his share of equal custody in court, he should be allowed to do so.” 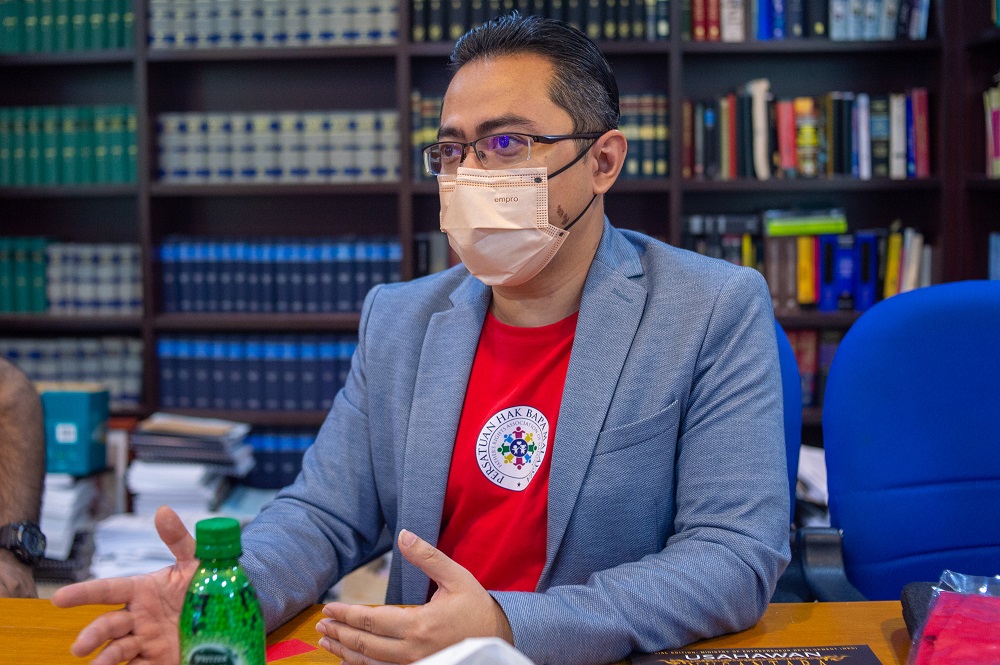 Starting off as a WhatsApp group created by Fernandez who was going through his divorce in 2018, FRAM received its certification as a legitimate association from the Registrar of Societies (RoS) in May this year, and now has over 50 active members.

“We decided to not just stick to a WhatsApp group. We decided to go one step further and start an association which really doesn’t exist in Malaysia. A specific fathers' rights association. That’s how we began,” said Sheikh Faleigh, an entrepreneur.

Fernandez explained that even though the association is called Father’s Rights Association of Malaysia, its primary focus is the wellbeing of children involved in divorce cases, and is pushing for reforms to make the Law Reform (Divorce & Marriage) Act 1976 fair to both parents.

“FRAM is an association that puts the child in the forefront,” said Fernandez. “While there are a lot of child’s rights advocates, when it comes to a custody battle, they will all inevitably say the same thing... which is that the child is better off with the mother.

“This is a very strange and archaic stereotype because a lot of studies and findings by psychologists and child experts say that a child is actually better off not with just the father or mother, but with both parents playing an active role and having equal access,” he said.

He also shared that FRAM is working on a Bill to bring to Parliament that would focus on bringing about fairness in divorce cases, adding that Malaysia can start by simply tweaking certain aspects of the Law Reform (Divorce & Marriage) Act 1976.

Fernandez added the stereotype in Malaysia is that fathers are always the “bad guys” in the courts, with mothers being viewed as the only person who can care for their children, calling out the hypocrisy of gender equality when it comes to divorces in Malaysia.

“Does not being able to carry a child make the father a lesser parent? No, because a lot of the time, you don’t see the struggles of a father. He needs to go to work and bring in the money, he needs to also spend time with the kids and why we call it hypocrisy of the highest level is we all talk about gender equality but it is only women having equal rights.

“We are all for women having equal rights, but when it comes to the children in divorce cases, Malaysia takes 10 steps back. We have to adapt our current laws to be like those in Scandinavian countries, where when there is a divorce, both parents are granted equal custody,” explained Fernandez. 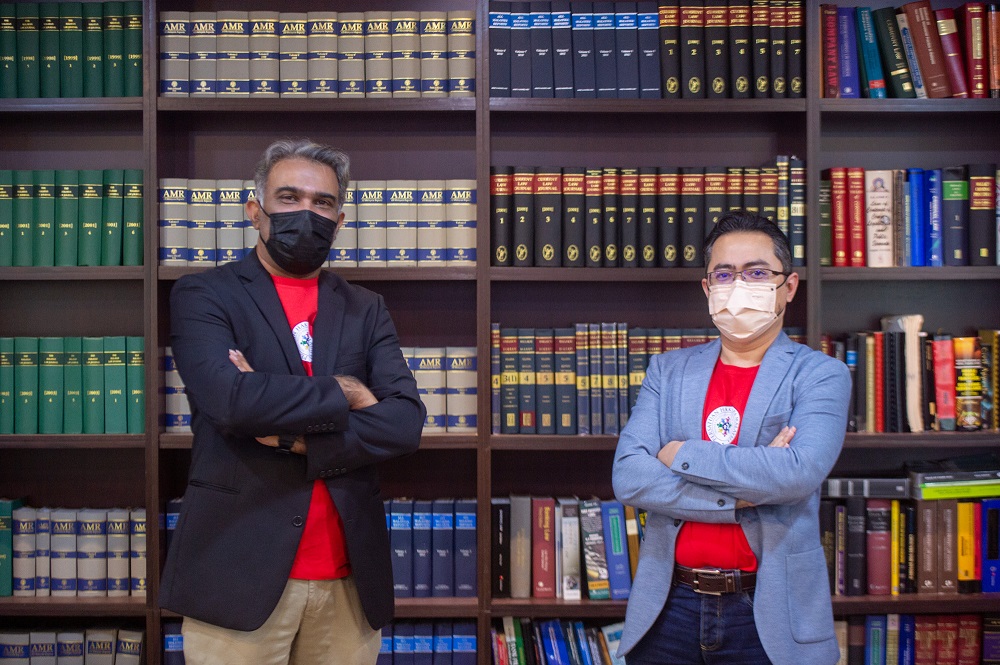 Sheikh Faleigh said the child’s emotional needs are immediately secure when both parents care for the child, adding that in Malaysia, no matter the circumstances, the father is always the one being punished.

“In Malaysia, the mother gets to keep the child, while the father is punished, even if he is the most loving, caring and responsible father,” he said.

He also shared that there is currently no clause in the Law Reform (Divorce & Marriage) Act 1976 that dictates the amount of time allocated to fathers to spend with their children, adding that it is now just a habitual judgement handed down by judges.

“There is no such law carved in stone. There is only the judgement that is given to fathers; alternate weekends or a 15-minute video call a week. There’s no such law. So why do we continue to agree with this?

“Why is it so difficult to think that naturally, a child needs both a mother and a father. I always tell people, couples can get divorced or separated, but you can never stop being a parent. You are a parent until you die,” he said.

Fernandez added that the burden of proof to show that a father is fit to have sole custody is unbelievably high when compared to mothers.

“For a mother, you just have to go to the court and tell them I carried this child for nine months, this is my child, and she would be granted full custody. For a father, the burden of proof is so limited, that the only way they can get full custody is to show that the mother is of unsound mind, an alcoholic or a drug addict.

“The chances of fathers getting equal custody, not even full custody, is the same as a person getting hit with debris from the International Space Station,” added Fernandez.

Sheikh Faleigh said that currently, FRAM is working to build momentum and create awareness of the topic of shared or equal custody in Malaysia, from giving talks to hosting podcasts, as well as being the platform for fathers who are going through a divorce. 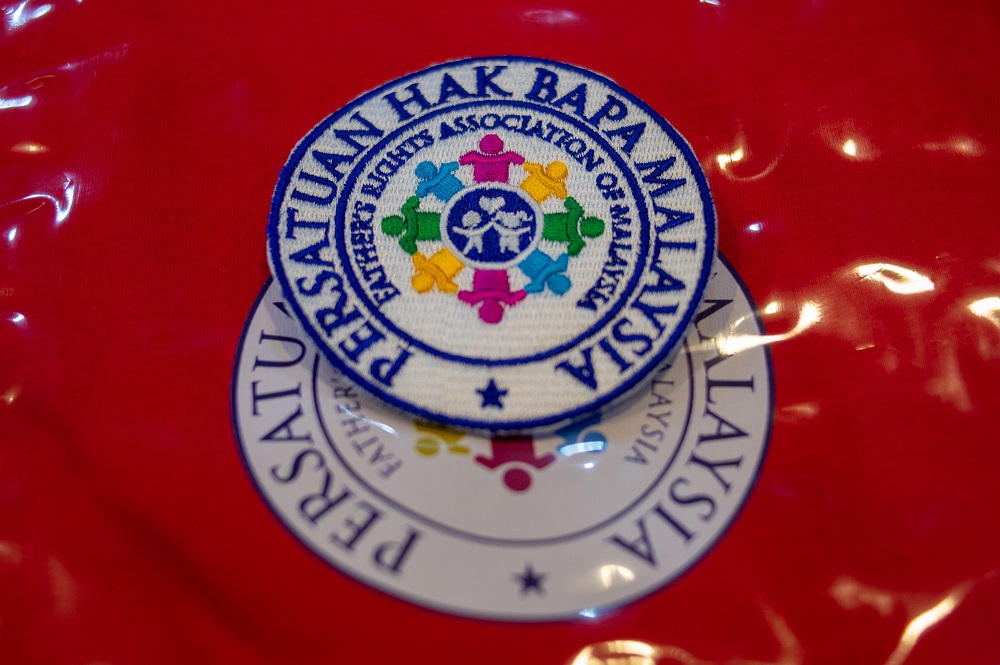 “Previously, fathers didn’t know where to go. Now, I feel like they have a place to call home, where you have other fathers and people who are in a similar predicament to talk to.

“We have a support system. We organise sessions for fathers to come and share their feelings, no holds barred, and we also have a counsellor who has offered to counsel fathers for free.

“Change is not going to happen overnight, but we are being aggressive and optimistic and we want to bring about changes at least to get a Bill into Parliament by next year, simply because divorces and unequal custody can be so damaging to the children,” said Fernandez.

He said that a total of 10,346 divorce cases involved non-Muslim couples while 66,440 cases involved Muslims between March last year and August this year.

“From this total (non-Muslim divorces), Selangor recorded the highest number with 3,160 cases followed by Kuala Lumpur (2,893) and Perak (1,209),” the prime minister said in a written reply to a question raised by Datuk Dr Hasan Bahrom (PH-Tampin) in Dewan Rakyat on Wednesday (September 15).