Suriani Kempe, president of Family Frontiers, speaks during an interview with Malay Mail at the National Registration Department in Putrajaya December 29, 2021. — Pictures by Miera Zulyana
Follow us on Instagram, subscribe to our Telegram channel and browser alerts for the latest news you need to know.
By ASHMAN ADAM

KUALA LUMPUR, Dec 29 ― Joy was evident on the faces of the three Malaysian mothers who made a trip to the National Registration Department (JPN) headquarters in Putrajaya today when their citizenship application for their overseas born children went through without a hitch. Yes, even through the face mask.

Suriani Kempe, who is also president of Family Frontiers ― the group that represented six Malaysian mothers who had taken the government to court over the citizenship row and won ― expressed surprise at the ease and speed at which the JPN officers processed their forms for the citizenship confirmation certificate, which will be issued within the next three months.

Only half of the mothers in the lawsuit were present today.

Suriani said that once the citizenship of these children has been confirmed, the mothers can use the certificate to get their foreign-born children their Malaysian identification card (IC).

“This is an exciting day! After the Court of Appeal dismissed the government’s stay application and ordered the government to issue the children of Malaysian mothers who were born abroad their citizenship documents, today’s trip to JPN breathed life into that decision, and confirmed that Malaysian women have the equal right to confer citizenship to their children.

“The mothers and their children went in, and JPN officers swiftly and efficiently facilitated the process to get their citizenship confirmation certificate, which will be issued within three months. Then, their children will finally be recognized as Malaysian citizens, and the mothers can use the citizenship confirmation certificate to get the children’s ICs,” said Suriani.

She added that the remaining three mothers who were part of the lawsuit have been notified to head to the nearest embassy or JPN office to begin the process as well, as two are currently overseas and one is in Sabah.

She then went on to encourage other mothers with foreign-born children who are facing the same situation to head to the nearest JPN office to begin the process of obtaining ICs for their children.

She added that officers here at the JPN headquarters had told them that they would be issuing SOPs to all other JPN offices in the country.

Suriani also demanded that the government withdraw its appeal of the High Court decision, saying that the move makes no logical, moral or economic sense, and is devoid of compassion and the lived realities of Malaysian women and their children.

“Even as we wait for the case to be heard at the Court of Appeal in March 2022, we want to underscore that the High Court decision respects Malaysian women’s status as equal citizens of Malaysia, and as individuals of equal worth and dignity,” she said. Myra Eliza Mohd Danil speaks during an interview with Malay Mail at the National Registration Department in Putrajaya December 29, 2021.

Myra Eliza Mohd Danil who was one of the three affected mothers present today, said that they were given the same documents a man would need to fill up to register their overseas-born children as citizens of Malaysia for JPN to issue their citizenship certificates for their children, adding that officers said they are aware of the court decision and will work fast to expedite the certificates.

Myra ― who has been fighting to get citizenship for her eight-year-old daughter since the latter was four months old ― expressed her happiness as now her daughter would feel welcome in the country, just like her younger sibling who was born in the country.

“I’ve been fighting to get her citizenship since she was four months old when we got back from Zambia. She was born there because when my husband and I went to visit his family there, the doctor there had advised us not to travel back because my pregnancy was high risk.

“Praise be to God, things are finally looking up,” she said.

Another mother ― who only wants to be known as Devi ― who has been fighting for citizenship for her 17-year-old son also expressed her happiness towards the development and hopes that the certificate will be expedited as soon as possible so that she can get her son’s IC. 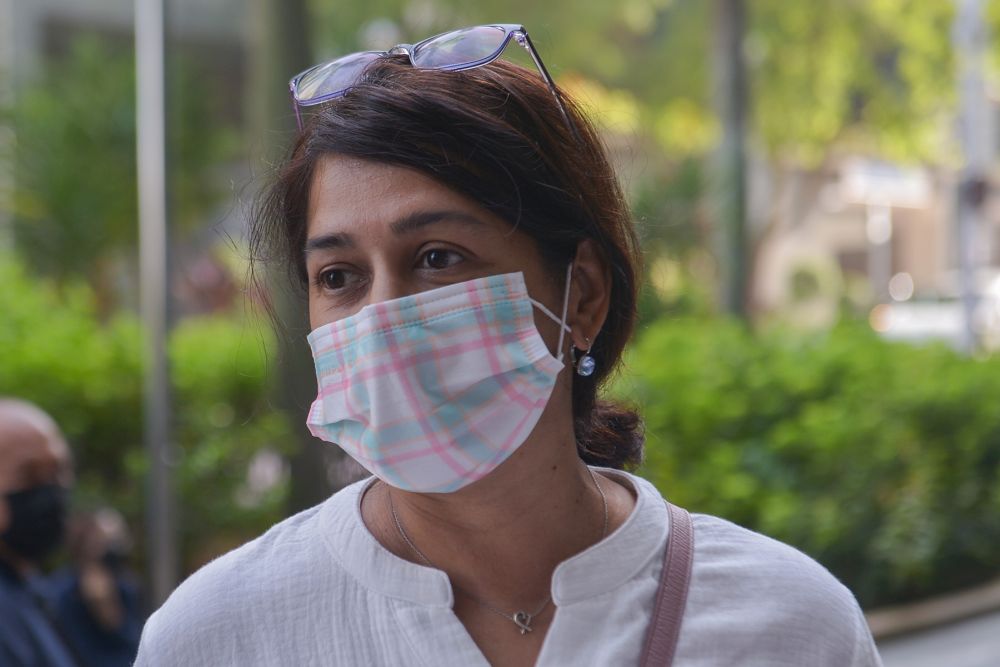 Devi speaks during an interview with Malay Mail at the National Registration Department in Putrajaya December 29, 2021.

Devi gave birth to her son in France when she was working there and has been living in the country on a student visa, which Devi claims has been detrimental to her son.

“The worst part of this is that he has to apply for a student visa to live with his family. He’s a minor, and he has to carry his passport everywhere. It’s really tedious for him,” she said, adding that she feels encouraged by today's events.

Previously, six affected Malaysian mothers with overseas-born children together with advocacy group Family Frontiers had on September 9 succeeded in their lawsuit in the High Court against the Malaysian government, the JPN director-general and the home minister.

The High Court had decided that Malaysian mothers have the same right as Malaysian fathers under the Federal Constitution to pass on citizenship to their children born overseas, and had also ordered the authorities to issue the relevant documentation such as identity cards and passports to such children born to Malaysian mothers.

But the Malaysian government, home minister and the NRD director-general had on September 14 filed an appeal against the High Court’s decision for citizenship-linked documents to be issued to the Malaysian mothers’ overseas-born children. 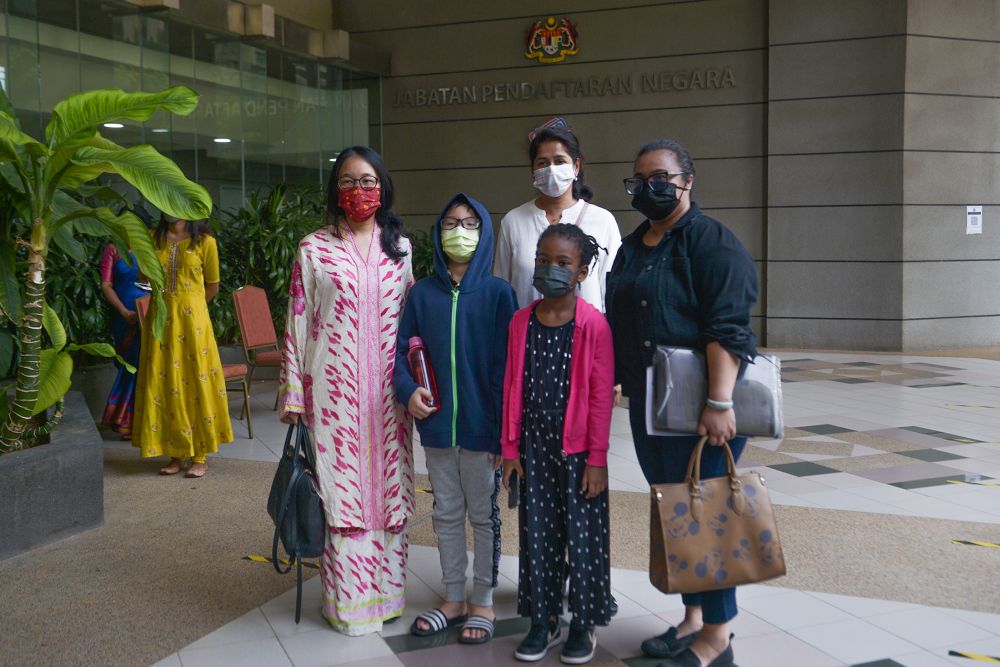 The High Court had on November 15 rejected the government’s stay application, which then resulted in the Malaysian government then going to the Court of Appeal to ask for a stay of the High Court’s September decision.

The Court of Appeal’s decision means the government would have to issue citizenship-related documents upon application to children born overseas to Malaysian mothers that were married to foreigners ― even before the appeal proper is heard in March 2022.