Focusing less on the results, more on the process

Friday, 02 Apr 2021 11:35 AM MYT By Player's Blog
Follow us on Instagram, subscribe to our Telegram channel and browser alerts for the latest news you need to know.
By Player's Blog

APRIL 2 — It’s really cool to finally be a World Golf Championship winner. It's been a lot of hard work put into the game from my entire team and the results have taken a little bit longer to show up, so it's just amazing to have won the WGC-Dell Technologies Match Play title last weekend. When I think about it, I wish this would have happened sooner but you just never know when you're going to win again in this game. You just keep working hard day-in and day-out and that's what I’ve done and will keep doing.

I mean, it's huge to win a WGC tournament. I know I've won five tournaments previously on the PGA Tour, including the FedExCup, and I feel like I should have won more. I should have at least contended more in some of these WGC events and majors too. I think everyone who knows me or is around me knows that I put in a tireless amount of work and sometimes I'm hard on myself when I'm not seeing the results right away and that's why I haven't consistently played well week-in, week-out, year to year. I've had ups and downs and I am trying to be a little bit easier on myself and I think this year's been better and it's nice to finally see some results.  I'm a bulldog. I fight hard, I never give up and I always think I can win. I always think there's a way I can get the job done and I think that mentality just allows me to play well.

What probably helped me in Austin was the fact that I arrived for the Match Play tournament feeling reinvigorated. After The Players Championship, we took a family vacation and I left the golf clubs at home. I think mentally, it was the key. I had played really well at the WGC-Workday Championship at The Concession in February to finish second and felt really good about my game. And then I went over to Bay Hill and Players and played really bad! So it was just a great mental reboot to spend quality time with family, my kids, my aunt and uncle, my cousins and their kids. I didn’t touch a club for seven days, and didn’t do any practice. I don't think we've been on a family vacation ever that didn't have golf clubs involved. So everyone had a great time, and I'm sure there will be more of this after seeing the success I've had in the Match Play. 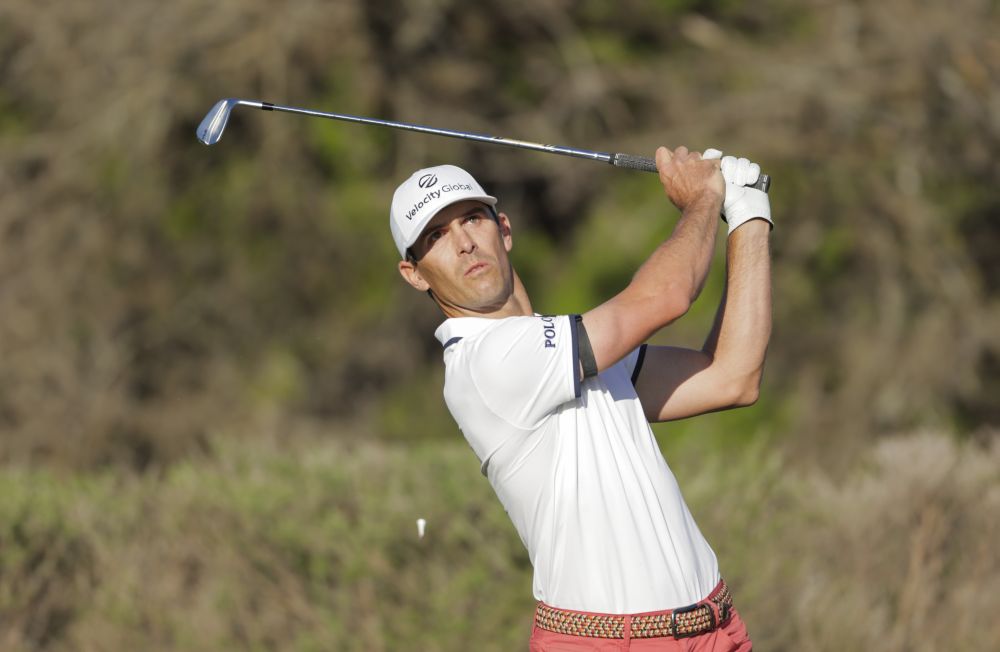 One of the big changes for me this year has been to focus less on the results, but more on the process and hopefully the results that come from that. I've done a pretty good job at it, and it's nice to be the WGC-Dell Technologies Match Play champion. I was close at Concession but Collin Morikawa played really well to beat me. It just wasn't my time although I have been playing some good golf recently. Maybe the match play was a format I needed to get the victory and end my three-year winless run.

I’ve always felt I have the talent to compete with the best players in the world. I think the difference between me and maybe a Dustin Johnson, Rory McIlroy or Justin Thomas is just the consistency. I'm just not as consistent as them and that comes down to the pressure I put on myself from a mechanical, technical and mental perspective. I think the stuff that my coach, Todd Anderson and I have been working on, we have been seeing some good stuff and hopefully we're just going to keep making subtle changes to keep finding the right mojo and be able to contend in some majors this year which is the next goal.

If you look at some of the other formats and how I have played in team events, I've had success there in the past. I've had success playing the QBE Shootout and Zurich Classic of New Orleans where I won it with Scott Piercy in 2018. So I feel I'm a really good partner to pair up with a lot of people because I love that format. I love having a teammate out there with me. As an amateur, I've played the Walker Cup, the Palmer Cup and I've had successes in those formats. I love playing for USA.

If I could win five more times on the PGA Tour, that would be my career goal. If I can get to double digit career wins and those five be four majors and The Players, it would be amazing. I've always felt like I want to be one of those guys who have won a Grand Slam. I think I have only one top-5 in a major, so obviously I sound ridiculous saying this, but I think I have that talent … I know I have that talent. I just haven't played well enough and done what I needed to do. But, I mean, the goal would be to win all four majors, win The Players, and make a Ryder Cup and Presidents Cup team in my career.

More importantly, golf has also given me the opportunity to give back to our communities. My wife and I always believe we are very fortunate to have what we have and in 2014, we got behind Feed Northeast Florida, which was the first big charity organisation we support. We’re trying to make Northeast Florida community more food secure as we still have way too many families and children wondering where their next meal is going to come from. We’ve been lucky to have raised over US$100,000 and donate close to US$500,000 over the past five to six years but we still have a long way to go to bring awareness to our community. We also started an American Junior Golf Association (AJGA) event some four years ago which is tremendous. My wife and I were fortunate to play AJGA events when we were juniors and to me, it is not just about making it in the professional game but to help kids get recognized by college coaches so they can get to college and get an education which is so important.

* Billy Horschel is a six-time PGA Tour winner and you can watch him and the PGA Tour in Malaysia on Astro Golf Channel and GOLFTV powered by PGA Tour.