A new gold standard in chess?

MAY 7 — In the chess world, the beginning of the month is always about the latest FIDE (World Chess Federation) rating list but this time round, the buzz is about the recently-announced US$1 million (RM3.59 million) Grand Chess Tour.

This is to be an annual competitive circuit for 10 of the world’s top grandmasters and brings together three major tournaments — Norway Chess, Sinquefield Cup and London Chess Classic— under one umbrella.

Nine places are already taken up by FIDE No. 1 Magnus Carlsen (Norway), No. 2 Viswanathan Anand (India), No. 3, Fabiano Caruana (Italy), No. 4 Hikaru Nakamura (USA), No. 5 Vaselin Topalov (Bulgaria), No. 6 Alexander Grishuk (Russia), No. 9 Anish Giri (Nederlands), No. 10. Levon Aronian (Armenia) and No. 12. Maxime Vachier-Lagrave (France) with the tenth and final place in each tournament to be awarded differently to either a qualifier or a wild card at the discretion of the respective organisers

Two exciting stars—No. 7 Wesley So (USA) and No. 11 Ding Liren (China) -- apparently had scheduling conflicts as did another big name, No. 8 Vladimir Kramnik (Russia), which opened the door to Aronian and then Vachier-Lagrave.

I think what is absolutely amazing is that all the top players wanted in on what is for the first time ever a genuine million-dollar series and if it can, as hoped for, grow into a year-round circuit, (Jakarta is apparently already confirmed for 2016) then we could start seeing chess as a truly professional sport or game.

That is an absolutely fantastic development and a potential catalyst for much-needed global sponsorship.

FIDE, as it is currently structured, is no longer relevant except as a means to keep a few of their mostly corrupt and mediocre allies in power by taking advantage of a one country one vote system supported with the largesse of Russian patronage.

The Grand Chess Tour would already be seen as the start of change and so be considered a significant threat to the status quo e.g. the less than stellar FIDE Grand Prix series where its tournaments are declining in numbers and held in too many ex-Soviet countries or bailed out by oil-rich Middle East countries.

The fact is all non-chess players fully appreciate that chess is a game, not a sport. Yes, there could perhaps still be a role for national chess federations to champion the game in some countries.

However, this has always failed because they are dependent on recognition by their Sports Ministries and National Olympic Councils where they almost always fail to effectively make a case for chess beyond being a mind sport and have to accept being some alternative second-tier game.

Just imagine if chess could work like motorsport does, or in a dream, like golf and tennis!

To start with, the women and their global audience would certainly both welcome and appreciate a separate women’s tour or league together with its own titles and championships while benefiting from hugely increased prize money, fees and endorsements.

In fact there are already two parallel worlds in chess that of course overlap what FIDE does. These are the world of the enthusiast who appears largely online but whose purchase of subscriptions, books, etc. from various vendors and private donations fuels and makes possible much of formal chess activity.

Then of course there are the children who come and go in the game as they grow up but in their time are well-financed by parents.

So the question before us is where chess is going with FIDE as it is now - and let me save us all even the few seconds of time affirming the negatives by answering it as nowhere but down.

With some out-of-the-box thinking it is not too difficult to come up with serious alternative models that can work.

For example, why not have the game run by clubs with members, junior development programs and participation in leagues? The top players are in a tour with ranking points, grand slams and have their own world championship.

Together they regulate the game. With professional management, media plays a big role in the promotion of this global game and that helps attract sponsors as well as advertisers happy to invest in this huge and vibrant community.

Does some of this seem familiar? Certainly in many other successful games but what if I tell you much of this already exists in chess and just needs to be organised!

This week I would like to share a game by an incredibly young Chinese player — Wei Yi is only 15 years old and already 2700+ — at the World Team Championships where he was the stalwart of a team averaging 21 years of age!

Of course history is being made by China, first the Olympiad Gold for the first time last year at Tromso and now they have achieved the first double in recent times (looking post-Soviet Union) by also becoming World Team Champions and now boasting no less than eight players in the top 50.

Just look at his confidence, absolute lack of fear and his enormous determination to bring home the point. I absolutely love the final position. 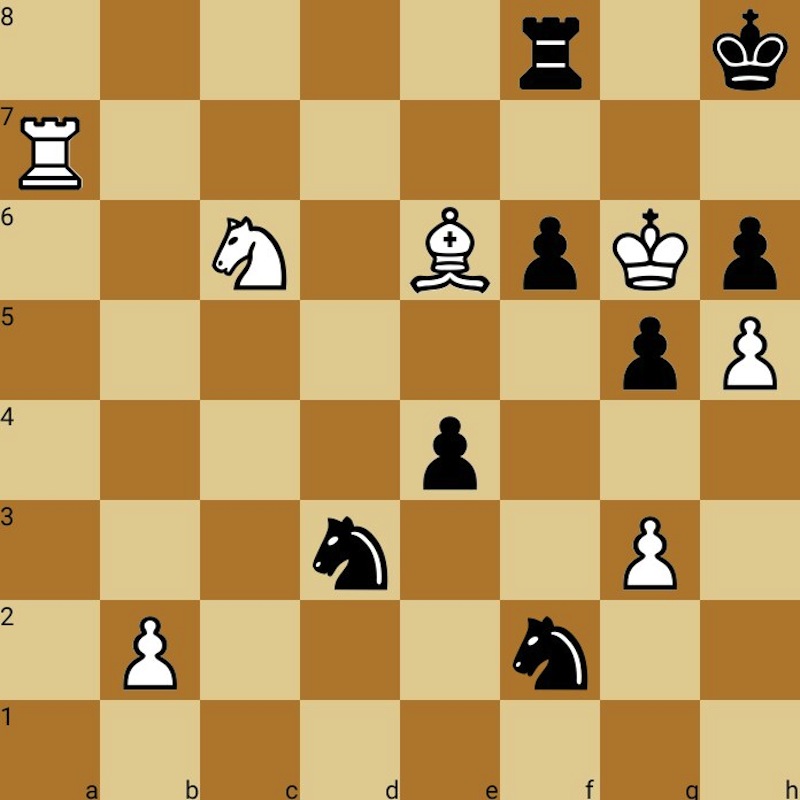