Batik Air stewardesses (from left) Nadira Elina, Shasha Sahar and Amanda Rieza pose for a picture while holding Batik Air Boeing 737-8 model airplanes at the rebranding and launching ceremony in Sepang July 11, 2022. — Bernama pic
Follow us on Instagram, subscribe to our Telegram channel and browser alerts for the latest news you need to know.

SEPANG, July 11 — The rebranding of Batik Air after 10 years of being known as Malindo Air is an endeavour that holds much promise and benefits not just the airline, but also the aerospace and air transport industry, said Transport Minister Datuk Seri Wee Ka Siong.

“I congratulate Batik Air for successfully completing this rebranding exercise and introducing Batik Air as a young and growing airline, offering very competitive services within Malaysia and the Asia Pacific region, especially in the recent years.

“I have also been made to understand that the strategic plans of the newly rebranded Batik Air is in tandem with the Lion Group of airlines, and hinging on KL International Airport (KLIA) as the gateway for transit passengers from Indonesia to points in the Asia Pacific and vice versa.

“Batik Air will promote the seamless transfers of these passengers via KLIA and further develop the strength of its network with the Lion Group of airlines as well as its partnerships with other airlines. This will enhance the future growth and connectivity for KLIA and the Malaysian aviation market,” he said at the rebranding ceremony and launching of the Boeing 737-8 to mark the beginning of its transformation, here, today. 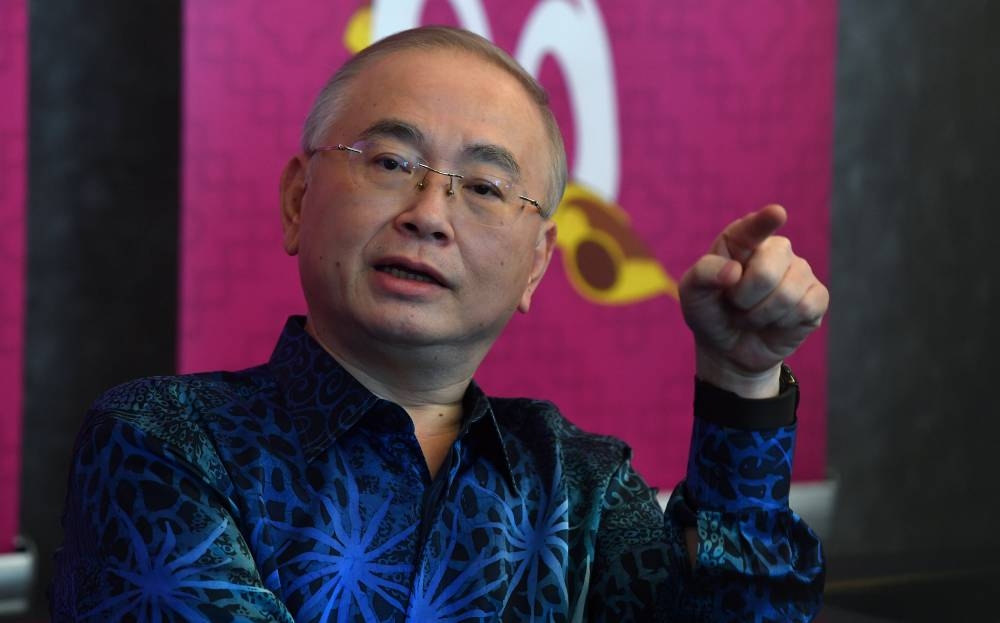 Wee said the launch of the Boeing 737-8 to Batik Air’s fleet was a milestone in Malaysian aviation as it would be the first airline in Malaysia to operate the aircraft.

“The B737-8 can fly up to a maximum of eight hours. With this new aircraft, Batik Air will be able to improve its product offerings to travellers and operate further to new markets,” he said.

He added that KLIA’s position as an aviation hub had also grown by offering direct connectivity to almost any part of the Asia Pacific region.

“With the aviation sector facing ongoing challenges, it will become even more important for both the airline and KLIA to jointly plan ahead for the future. In that spirit, the government remains resolutely committed to the strong positioning and sustained growth of KLIA,” he said.

Meanwhile, Mushafiz said the rebranding would enable the airline to be synchronised with its regional sister airline, Batik Air Indonesia and recognised as a wider entity internationally, and this was in tandem with the Lion Group of airlines.

The launch of new Boeing 737-8 aircraft was part of its capacity growth and fleet expansion strategy to provide more new routes and better travel options, he said, adding that 17 units of the new aircraft will be inducted into its fleet by the end of this year. — Bernama

US stocks flat near end of brutal week for Wall Street

ASNB declares income distribution of 3.75 sen per unit for ASM 3