Youths polled say they’ll vote for the good of Malaysia in GE15, not along partisan lines

Undi18 voters at the polling centre for the 15th Johor State Election in SK Ismail 1 to cast their votes March 12, 2022. — Picture by Hari Anggara
Follow us on Instagram, subscribe to our Telegram channel and browser alerts for the latest news you need to know.
By Ashman Adam and Rex Tan

KUALA LUMPUR, July 14 — After being tabled and passed in Parliament in December last year, Undi18 and automatic voter registration will see the addition of 5.8 million new voters to the electoral roll for the 15th general election (GE15).

With 40 per cent of that number comprising youths, those between 18 and 21 are now widely viewed as kingmakers.

As a result, winning the hearts and minds of this age group is now a priority for all political parties.

This was evident, for example, in the appointment of Isham Jalil to Umno’s supreme council last month, with secretary-general Datuk Seri Ahmad Maslan saying that his expertise and social media presence would be a huge advantage to the party.

As for the Opposition, they too are clearly gearing up to court the youth vote, with a good case in point being PKR’s selection of 21-year-old Farzana Hayani as a candidate in the Melaka state election last year.

But the real question is: When GE15 finally arrives, who will the youth really vote for?

“My parents are big-time Umno supporters since the days when Tun Dr Mahathir Mohamad was president. They are the types who would get on a bus from my hometown in Besut for Umno rallies here in Kuala Lumpur to listen to him speak.

“They brought me to these rallies as a young boy, so I have been exposed to politics since my childhood. But I am the type of person who likes to understand the big picture, I read and understand more, and now, I find that I disagree with my parents’ political choices a lot more now,” said 20-year-old Ahmad Haidharul Halim.

Growing up in the quiet Terengganu port town, the business administration student knew nothing much about politics aside from what was shared by his parents and the pakcik (uncles) at the kedai kopi (coffeeshop). 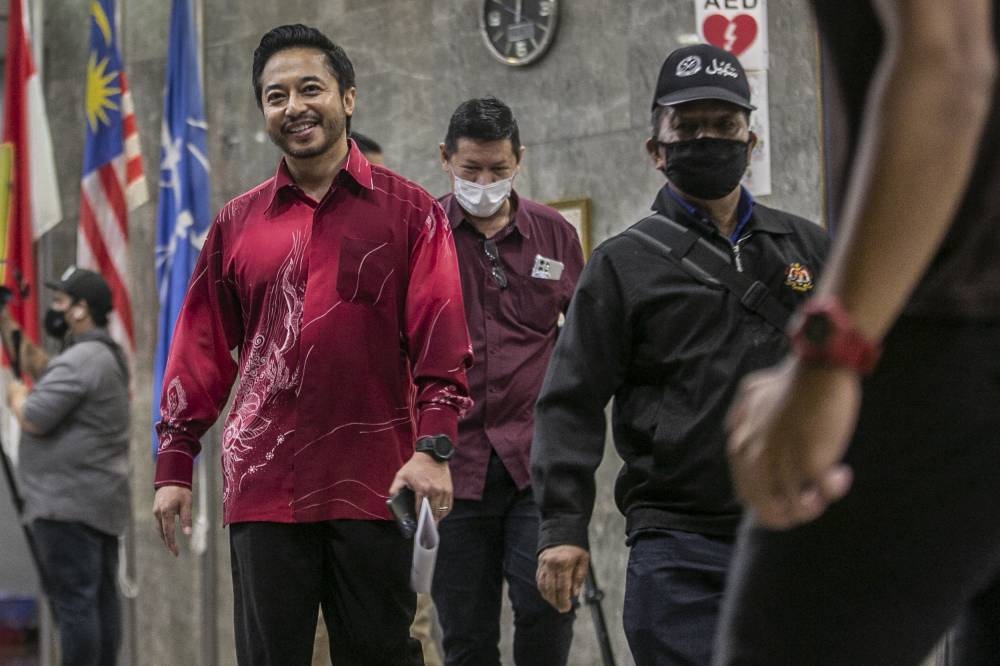 But he explains that as he grew older and had access to social media sites like Facebook, Instagram, and especially Twitter via his mobile phone, it opened his eyes to different perspectives, and the narrative of his parents’ beloved political party came crashing down.

As a result, he said that his understanding of Malaysian politics has totally changed.

In the past, he had followed to his parents’ political lead, but now, Haidharul said he will vote for the political coalition most capable of propelling Malaysia forward.

“I will definitely vote when the time comes. And I will vote for whoever I feel can keep their promises better and not leave us hanging,” said Haidharul who is the youngest of four siblings.

“And I feel that most people my age are the same. I think we are exposed enough to see what is happening around us and we will make the right decision when it comes down to the wire.”

Other youths Malay Mail spoke to echoed Haidharul’s sentiment, with Grace Lee sharing that her vote will go to who she thinks will serve the people’s needs best.

Hailing from Kepong, 21-year-old Lee — who works part-time as a Starbucks barista — explained that since leaving school in 2018, she felt very little had been done to help ease the burden of Malaysians, adding that there needs to be a drastic change.

She said that her family are staunch DAP supporters and would be voting for the party in GE15.

She stressed, however, that this was because they had lost faith in the current administration and wanted the Opposition to win in hopes that things will change for the better, and not due to any pre-existing loyalties.

“As soon as I left school, things went sour in the country. I don’t come from a well-off family, and things got very hard for my parents. My sister and I had to abandon our studies to help make ends meet.

“So I know who I will be voting for. I want to vote for those who look out for the people, not just themselves. That’s all we see now: takeover after takeover,” she told Malay Mail.

Strong views aside, Haidharul and Lee might be outliers among the youth group, with Muhammad Noraiman, general seat executive on University of Malaya’s (UM) student union, saying that awareness of the importance of voting in the country is low, leading to widespread apathy. With 40 per cent of that number comprising youths, those between 18 and 21 are now widely viewed as kingmakers. — Picture by Hari Anggara

The third-year Bachelor of Applied Chemistry student said that many youths would likely vote in line with their parents’ choices and failed to understand that they have the power to be the driver that leads to a better Malaysia.

“For me, Undi18 is a good thing because the government is interested in the voice of the younger generation but there are more important issues.

“How are we going to educate the young people to let them understand what are the consequences of voting for the wrong party? They might vote because their parents told them to do so, or they might just follow their parents’ vote.

“The system needs to be revised so they understand the meaning and importance of voting,” he told Malay Mail.

As for his own vote, Noraiman said that he does not have a preference yet, but will make his decision based on the current political situation.

“I am more concerned about which party will be able to solve the rakyat’s problem, and not just the issues that concern university students.

“So we sometimes see parties making populist moves, but how are they going to specifically solve these economic issues? My concern is which party will be able to solve the ‘big issues’ such as the rising cost of living, inflation, or education. I will vote based on this,” he said.

Kabilan concurred with Noraiman, saying that it was his and every other youths’ responsibility to vote in GE15..

“I believe that that is our responsibility. I believe every vote can change something. My friends... I’m not very sure about their point of view, because they mostly ignore politics as they are frustrated with how the country is being run now.

“But I will consider voting for another party if my initial choice does not perform well or does not put forward good policies in the next election,” the 24-year-old told Malay Mail.

He explained that the current administration, and the ones before it, have all made promises to develop and elevate the country, but he has not seen these promises fulfilled.

“There is no stability in the economy. Issues like flooding, inflation, the rising cost of living, these are all urgent matters that have not been addressed properly,” he said.

Budget 2023: Malaysia’s debt, liabilities estimated at RM1.42T up to June